Three Years of Reforms.
Has Ukraine Reformed Enough for Surviving

In August 2017, President Poroshenko declared that “144 reforms have been launched... We have to become a democratic, free and, most importantly, successful country.” Two months earlier, Hugues Mingarelli, the head of the EU mission in Ukraine, communicated to journalists that Verkhovna Rada effectively blocked reforms in the country and there was little progress. They were talking about the same country! An average Ukrainian may equally wonder which side of this discussion is true. Should we be happy with how much has been done since the Revolution of Dignity in 2014?

VoxUkraine has been monitoring Ukrainian reforms since 2014, therefore we have the unique opportunity to assess the current state of affairs in the country. In this article, we summarize major achievements and failures (3.5 years after the Revolution of Dignity), ponder whether the existing reforms are enough to successfully transform the country, and what else should be done. How to use this guide? The achievements and failures are located in the root directories, and each reform is located in a separate folder. Have a successful search.

The political and economic landscape in Ukraine has changed dramatically since early 2014. Russia annexed the Crimean peninsula and orchestrated a military conflict in the eastern part of the country, the first bloody conflict in Ukraine’s newest history. Petro Poroshenko won early presidential elections in May 2014, while two thirds of the Parliament were renewed during parliamentary elections in October 2014.The war, economic imbalances accumulated under corrupt President Yanukovych and his predecessors, and developments in the global markets unfavorable for major Ukrainian exports hit consumer and investor confidence triggering a run on the hryvnia and banks. As a result, Ukraine’s economy shrank by 6.6% in 2014 and nosedived by almost 10% in 2015, while local currency lost 62% of its value before stabilizing in mid-2015. Finally, the pre-Euromaidan Ukraine was living in the shadow of post-Soviet legacy with pervasive corruption, inflated but incapable civil service, and repressive law enforcement agencies.

Despite this extraordinarily difficult situation, Ukraine did not collapse. Instead, it embarked on an ambitious path of structural reforms. Our analysis documents that the reform progress is not uniform and there are leaders and laggers. Clearly, the government should multiply its efforts to catch up in slow areas to keep the momentum and to support reforms in other areas. However, Ukraine can be proud of its accomplishments. Indeed, it was inconceivable in 2013 that Ukraine can stop importing gas from Russia, banks can be more than toys in oligarchs’ hands, public procurement is not a major source of corruption, local governments are in charge of providing many public goods, the police and business environment can be friendly, and Ukrainians can travel to the EU visa-free.

Obviously, modernization of the country is not complete. It will likely take many years before Ukraine is at par with its more developed neighbours. There is an abundant space for improvement in judiciary and law enforcement, healthcare, education, civil service and other areas (the Ukraine-EU Association Agreement can be used as a roadmap for reforms). However, some of the building blocks for democratic, robust and prosperous society are already in place and we remain optimistic that Ukraine will finish the rest of its reform agenda to become a successful country. 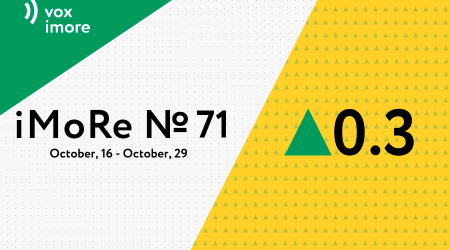 IMoRe# 71. Reforms are on autumn vocations 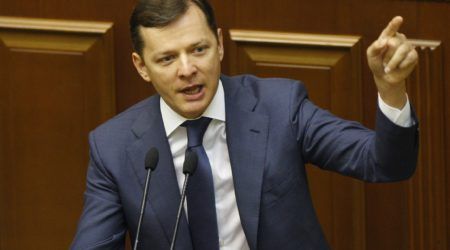 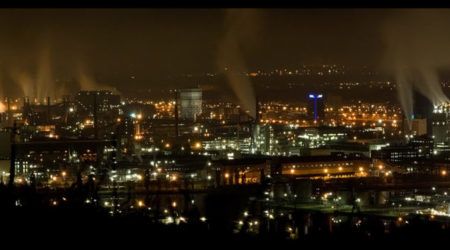 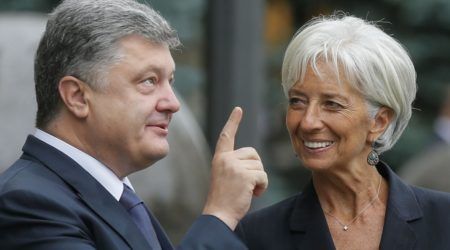