Did Putin really not understand that national leaders look askance at attempts to cross national borders without permission? 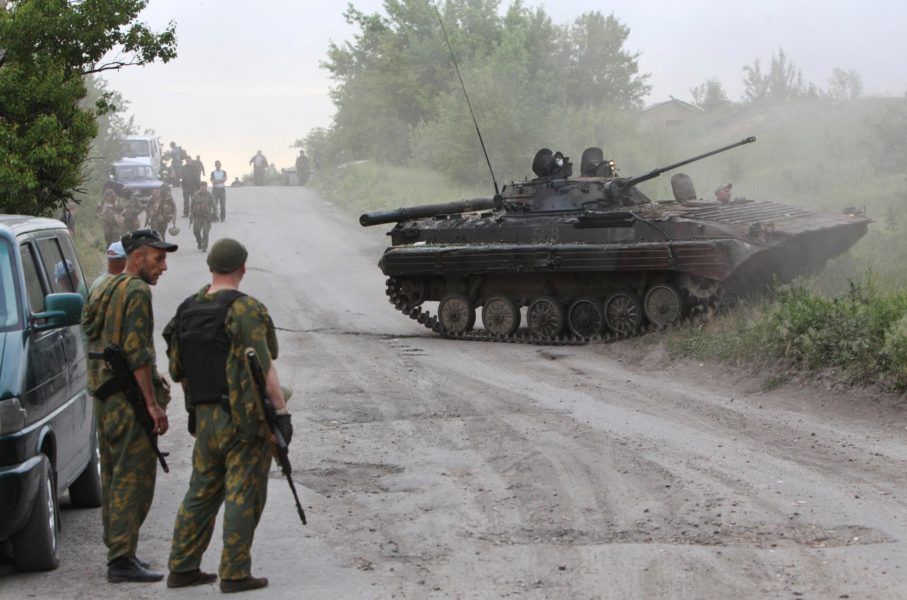 What was supposed to be a PR bonanza is ending up as another black eye for Vladimir Putin, the heralded chess master of world politics. Did he really expect the world community to force Ukraine to allow in Russia’s gift of humanitarian assistance, no questions asked? Did he really think that Ukraine would allow his convoy to proceed into a war zone as cameras recorded the celebratory reception by starving and suffering civilians? Did Putin really not understand that national leaders look askance at attempts to cross national borders without permission?

That is the International Politics 101 lecture that Putin failed to attend.

An official government website, Russia Behind the News, heralded the impending delivery to beleaguered Donbassians of  “some 2,000 tonnes of humanitarian supplies” in 280 KamAz trucks, including “400 tonnes of cereal, 100 tonnes of sugar, 62 tonnes of baby food, 54 tonnes of medical equipment and medication, 12,000 sleeping bags, and 69 portable power generators.” What good news, but how were these supplies to get across the border, much less into an active war zone?

As would be expected, negotiations among Russia, Ukraine, and the International Committee of the Red Cross failed on August 14, after international leaders called in protest.  Putin could not afford a direct confrontation so. The white-painted KamAz-truck convoy ended up parked near the Ukrainian border awaiting inspection, as some hundred curious reporters swarmed the scene, taking pictures as they urged drivers to display the contents of the trucks.

To the shock of the reporters, trucks contained a few bags of flour, a large bundle of bottled water, and other miscellaneous items – far from the cornucopia promised by Russian propaganda. In his video report, a BBC reporter reacted to what he had seen: “What strikes me most about these lorries is that they are almost empty.” When asked about another truck that remained unopened, the BBC reporter was told its manifest stated it contained eight tons of buckwheat flour – two tons in excess of the KAMaz’s maximum load. So we have near empty trucks alongside those carrying more than their allowable weight.

The “almost empty” narrative (see also reporter Courtney Weaver’s photos) has turned Putin’s humanitarian gesture into a running joke. One writer has dubbed the convoy the “Trojan Mules.” A social media commentator quips that the trucks are half empty so that they can pick up Polish vegetables and apples on the way back. Another asks why Russia would send 100 trucks that are two percent full instead of five that are 100 percent full?  According to my calculation, that would have saved Russia 50,000 gallons of diesel fuel.

The “almost empty” convoy has conspiracy theorists looking for a rational explanation. One making the rounds is that Russia needs a large number of trucks to extract their mercenary forces from Ukraine, spelling the end or lessening of the guerilla war sponsored by Russia, at least for the time being.  A second story is that the 280 transport vehicles would give pro-Russian forces a logistical boost. Sources with extensive military experience, however, tell me that such trucks would not prove of much value on the Donbass war front.

I’ll go with the simplest explanation: Putin wanted to make a big PR splash for his August 14 speech in Crimea – a speech so lackluster that the full transcript has not been published on Putin’s web site.  (Kremlinologists: figure that one out). He planned to present himself to Crimea and the world as the humanitarian, peace-loving Putin. The world listened, heard his usual pleas for peace, and world stock markets fell. They have heard this story too many times. Even more humiliating is that Ukrainian aid has already arrived with more to follow. To make matters worse, reporters, whiling away their time on the unguarded border,  are reporting armored personnel carriers loaded with Russian troops (with Russian insignia no less) whizzing unhindered across the border. Russia’s protests that reporters should not “believe their lying eyes” seem to be falling on empty ears.

What Putin hoped to be a huge publicity triumph is turning into a PR disaster, second only to the downing of MH17. He might go down in history as “empty-truck Putin,” or “Ebenezer Putin.”  Next time he should think things through before he embarks on another misadventure.