Lustration in Ukraine: Is the work ever over? 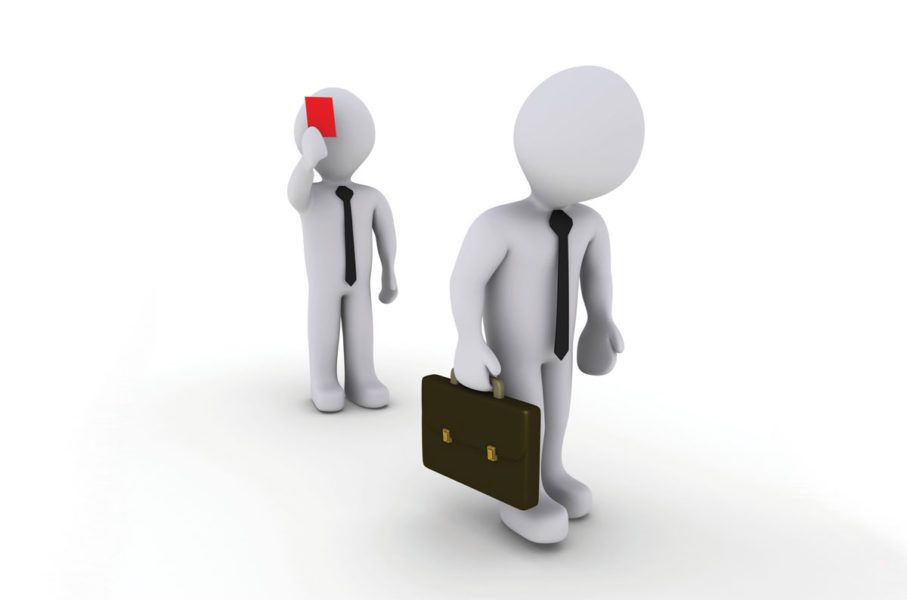 The new Ukrainian government is currently facing a growing public demand for lustration of the former government members and their supporters who are considered corrupt as well as allied with Russian agents. As a response to this demand in February, 2014 Lustration Committee headed by Egor Sobolev (leading Ukrainian opposition journalist and activist) has been established under the Cabinet of Ministers.

This post aims to review the steps undertaken by committee towards its initial goals, as well as critiques of recently introduced “lustration” bills. 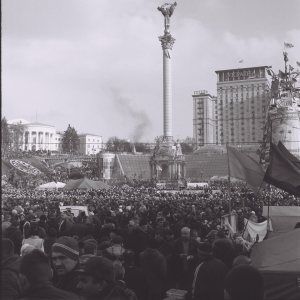 Lustration is a governmental policy dealing with past human rights abuses or injustices, commonly regulating and limiting the participation of those associated with the abuses under the prior regime in the successor public service positions. This transitional-justice practice was implemented by the number of states in post-socialist Eastern Europe to exclude former communist party officials and informants collaborating with the communist secret police from political appointee positions or civil service. The current lustration procedure in Ukraine faces three major challenges. First, the cleansing of political machinery simultaneously targets two groups of politicians: collaborators of communist party and Yanukovych regime supporters. Second, the challenge was accurately formulated by Volodymyr Viatrovych, Director of the Ukrainian Institute of National Memory: “the Party of Regions and the Communists, who were co-founders of the criminal Yanukovych regime are still members of Parliament, and they have enough voices to block the hearing on introduced legislation, including the lustration bill.” Third, there is urgency of the requested measures under permanent public pressure (Maidan’s demand to implement them before the Presidential elections) and in conditions of ongoing foreign occupation.

According to Roman David, an expert on lustration and transitional justice, one must distinguish between three types of lustration proceedings: exclusive (“the dismissal of inherited personnel from the state apparatus” if individual is found to be guilty in committed crimes, e.g. in Czech Republic), inclusive (“exposure” of the supporters and collaborators of the former regime, e.g. in Hungary), reconciliatory (obtaining “confession of past wrong doing”: in a certain period of time public officials are obliged to report about their activity in political past, and should be held liable in case if they fail to accurately report or try to conceal such information, e.g. in Poland). Although the last approach is largely favored by international community and academics, it proved to be more time-consuming and less helpful in restoring the solidity of newly established government. Experts claim that Ukraine is likely to follow the path of exclusive lustration.

Ukrainian Parliament has been bombarded with proposed bills on lustration in Ukraine. Four draft laws were registered in Verhovna Rada by April 9, 2014: # 4570 by Oleh Tiagnybok; # 4570-1 by Volodymyr Ariev; #4570-2 by Valeriy Patzkan; # 4570-3 by Roman Chernega. All the introduced bills vary in terms of adopted strategy: e.g. while Svoboda Party suggested radical set of measures providing for lustration of all former KGB informants and obligatory screening procedure for all public servants and applicants for vacancies in the government (exclusive system); UDAR Party envisioned the liberal reconciliation mode based on Polish example. On Aril 9 deputies decided not to include in agenda, reject and withdraw from consideration all the introduced bills. However, such decision of Parliament did not curb enthusiasm of lustration supporters: next day Roman Chernega introduced new bill # 4678 and on April 15 Serhiy Kaplin laid bill # 4678-1 before the Parliament. Additionally, Lustration Committee and Ukrainian Ministry of Justice are currently working on a “broader, massive” lustration law taking into consideration all defects of projects listed above and urging public discussion among Ukrainians from Eastern and Western regions. Though, the first step towards lustration “in action” has been already made: on April 8, 2014 Parliament adopted the Law “On Restoring Confidence in the Judiciary”.

Pursuant to Article 3 of this Law, a judge of the court of general jurisdiction is subject to lustration review if he/she (sitting alone or in panel) rendered decisions restricting rights and freedoms of citizens during the demonstrations period starting from November 21, 2013; in matters relating to elections to the Parliament of the seventh convocation and deprivation of National Deputy status; in cases resolved in breach of international human rights standards and where decision of national court was abandoned by European Court of Human Rights. The responsibility to conduct performance evaluations of judges is vested in the Interim Special Commission of the High Council of Justice, which consists of 15 members (Supreme Court of Ukraine, Parliament and the Government Plenipotentiary for anti-corruption policy appoint 5 members each) and will function for one year only. According to Article 7 of the Law, after the completion of examination, the Commission should deliver a report of the judge’s violation of his/her oath, which should be subsequently sent to the High Council of Justice. The High Council of Justice should adjudicate on the liability of a particular judge and this decision is subject to appeal under the Code of Administrative Procedure. If the Interim Special Commission finds grounds to instigate criminal offense, materials in such case should be sent to the ad hoc committee of the General Prosecutor of Ukraine.

Immediately after its adoption the law was subjected to numerous critiques. Human Rights Watch stated that newly adopted law “violates guarantees of judicial independence and should be set aside” since it is “overly broad, tainted with political bias, and violates the independence of the judiciary, which can only deepen mistrust in an already fractured society.” It was also noted that the bill “lacked adequate public consultation and review by authoritative international bodies such as the [Venice Commission].” The Interim Special Commission membership structure was claimed to be highly politicized and lacking “adequate guarantees of independence of its members and of due process.” In respect of other suggested lustration draft laws, Human Rights Watch emphasized that they preclude “large categories of people from a wide range of public offices and jobs and further threaten political freedoms”, and the amount of time a person could be excluded from public service (up to 20 years) is too long. Similar critique was expressed by Marcin Święcicki, deputy of the Polish Sejm and member of Civic Platform Party, while he also highlighted the inadequacy of the appeal procedure under introduced legislation. The other critical remarks concern the vagueness of the he criteria to be used in the lustration reviews, exclusive focus on the courts of general jurisdiction (while Constitutional Court is left aside), and selective approach adopted by government in restoring justice. Even before the controversial law on judicial lustration was adopted, on March 15, 2014 Attorney General’s Office started proceedings against the judges of Pechersky and Shevchenkivsky District Courts, who participated in the “Tymoshenko’s case”. Unlike notorious Timoshenko’s rival Rodion Kireyev, the whole constellation of judges in Solomyansky District Court, Court of Appeal of Kyiv, who rendered “bunches” of overnight decisions in cases against Maidan activists, as well as the entire administration of the he Supreme Commercial Court of Ukraine was left out in the cold.

Today Ukrainian politicians have a long way to go before they will set a proper balance between the desire for political revenge against members of Yanukovych gang and respect for individual rights and international legal standards. While defining the scope and content of the lustration policy, Lustration Committee should carefully study experience of lustration procedures held in Czechoslovakia, Poland, Hungary, Baltics, Georgia, as well as reconciliation procedures in Rwanda and South Africa. In the circumstances of ongoing military cross-border conflict pursuit of justice through peace-building might be of a much greater significance than engaging in judiciary persecutions.