Putin’s Attack On Ukraine Began Today: What This Means For Europe And The US 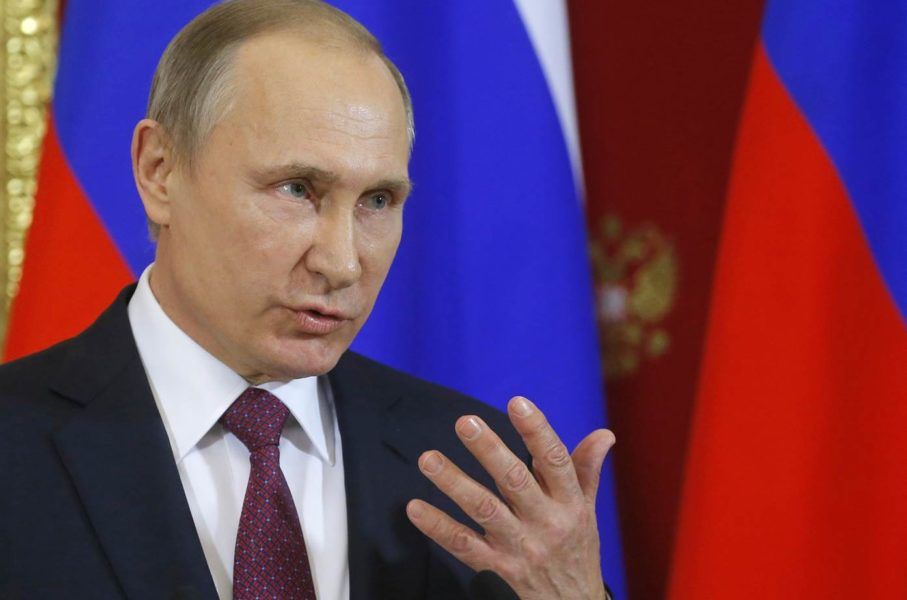 Vladimir Putin had to act before the Ukrainian presidential election of May 25, at which time his narrative of neo-Nazis and nationalist extremists in charge of Ukraine would vanish into thin air.  Even Putin’s genius spin meisters could not portray a President Poroshenko from ex-boxer Klitschko’s UDAR party as a wild eyed extremist, nor could they whitewash the trivial vote for rightist candidates, although they would try.

Putin’s anti-Ukraine propaganda juggernaut rests squarely on the single fiction of a neo-Nazi, Jew-hating, extreme nationalist government in Kiev. If Putin waits out the election, his anti-Ukraine disinformation campaign directed to his Russian, southeastern Ukrainian, and Western audiences loses its credibility, even in receptive leftist quarters in the West.

True to expectations, Putin began today a coordinated attack on Eastern Ukraine and parts of Moldavia.

The Russian assault’s first covert phase aims for the utter and complete destabilization of key cities that lie near the eastern border. As I write, mobs, directed by Russian special ops forces, FSB operatives, and local thugs are directing rent-a-crowds in Lugansk, Donetsk, and Kharkiv to storm public buildings, rough-up unarmed security forces, and demand referendums to join Mother Russia. As a slight variation, Donetsk demonstrators demand a “free republic.” The propaganda machine is at work full force. Babushkas are brought before the cameras to plead that all they want is peace and to be together with their brothers and sisters in Russia. They are sincere, but they serve the interests of their masked puppet masters lurking in the background.

Russia’s economic destabilization program began weeks or even months ago. Russian businesses cancelled their contracts with companies in Donetsk and Kharkiv. Desperate employees are going without pay. Russian propaganda is wafting a siren song about the prosperity that awaits them if they join Russia.

Putin’s destabilization campaign will take a week or so to complete. The covert phase will culminate with the deaths of demonstrators, supposedly at the hands of Ukrainian security forces, but actually by Russian snipers. (With luck increasingly violent demonstrations may yield fatalities without the help of rifles with telescopic lenses). Russian TV cameras will show scores of bandaged civilians sporting bloody wounds. The beleaguered “local” secessionists will issue prepared pleas to Putin to save them from the crazed Ukrainian extremists.

Remember, Putin already has authority from his rubber-stamp parliament to deploy Russian armed forces into East Ukraine. Russian troops amassed along the border can reach their targets in matters of hours. This is not rocket science, and it has already been perfected in Crimea. Assuming the role of true humanitarian, Putin will lament that he has no choice but to save Ukraine. Someone has to restore order before the whole place goes up in flames. He will not allow such atrocities in his back yard. That’s the kind of macho man he is.

In the campaign’s second overt phase, Russian troops, amassed on the border, will heed the call of their endangered brethren. The incoming Russian troops will be met with staged jubilation, the waving of Russian flags, brass bands blaring, and the referendums will be held, as in Crimea, under the watchful eye of Russian Kalashnikovs. International observers will either be banned or Russian forces will carefully monitor their every move. The new puppet “leaders” of East Ukraine regions will have the honor of sitting next to Putin himself in the Grand Kremlin hall as they sign annexation agreements. Putin may even bring in the discredited Yanukovich as the “legitimate” president of all Ukraine. On May 25, Ukraine may have two presidents.

Ukraine and the West will be confronted with this tragic fait accomplis in the next couple of weeks. It will be too late for the West to do anything other than to babble about enhanced sanctions and warn of further isolation of Russia. The transitional government of Ukraine will have to proceed with a presidential election that excludes its annexed Eastern portions. Putin knows that possession is 99 percent of the law. He has achieved part of his dream. The metallurgical heart of the former Soviet Union has been restored to its rightful place. Now it’s time to turn to Belarus, Moldavia, Georgia, Armenia, and even Kazakhstan.

The West may not understand what is going on. The die-hards will continue to argue to their last breath that Putin really only wanted Crimea and why not let him have it.

Putin apologists will contend that these coordinated demonstrations are really spontaneous, that the Kremlin has nothing to do with them, and express gratitude for Putin’s armed intervention. After all, someone had to save Ukraine from disaster.

Kiev understands all too well. The acting prime minister has informed the people of Ukraine that they face the deepest crisis of their lives. He has warned them that the Russian plan “is an attempt to destroy Ukrainian statehood, a script which has been written in the Russian Federation, the aim of which is to divide and destroy Ukraine and turn part of Ukraine into a slave territory under the dictatorship of Russia.”

Those under the attack of jackals better understand what is about to happen to them than spectators to the event. Kazakhstan is already moving native Kazakhs to the North to dilute the Russian population’s share. Unlikely allies – Ukraine, Belarus, Moldavia, and Kazakhstan – have begun consultations. They know the jackals are circling.

If Europe and the United States truly understand what Putin has planned, will they continue to refrain from meaningful preventative action, in the little time before they are presented with a fait accomplis?

Annexing Crimea, the West decided, did not threaten vital interests. Russia annexing half of Ukraine is a different matter. Will such a threat stir Europe and the United States to action? That, to quote Shakespeare, is the question.

In effect, Europe and the West are being confronted with two visions of the world.

In one, Russia remains, using Obama’s term, a regional power. With its nuclear arsenal, energy production, and security council veto, it can continue to play a spoiler role throughout the world as the United States’ number one geopolitical enemy, to use Mitt Romney’s words. Russia will be our nemesis in Iran, Iraq, Venezuela, Cuba, and any other trouble spots it can stir up. If the West and the United States limit Putin to annexation of Crimea, we get this first version of the world.

In the second, Putin succeeds in taking southeastern Ukraine, leaving a mortally wounded West Ukraine, whose sole interest is survival. The Baltic states might be spared because of the NATO shield. But the other states of the former Soviet Union understand that they are completely at the mercy of Putin’s Russia. They will either be annexed (Moldavia, Georgia, Belarus, and perhaps Kazakhstan), or they become vassals of Russia, clearing their every move with Putin. Russia now controls the energy resources not only of Russia but of all Central Asia. The emboldened Putin is free to explore new areas for trouble making and intervention, knowing that no one is prepared to face up to a powerful bully.

A bold answer would consist of the following measures:

First, immediate joint NATO exercises in Ukraine itself and in the Baltic States.

Third, immediate delivery of vital weapons (not lunch boxes) by the United States.

Fourth, Europe and the United States vastly expand sanctions of individuals in Putin’s internal circle including Mr. Putin himself.

Fifth, financial guarantees by Europe and the United States to Ukraine in the magnitude of $40 billion, half of which is Marshall-Plan-like grants that recognize that Ukraine is at war.

Sixth, increase aid and assistance to Georgia, Moldavia, and even Belarus to protect them from Russian armed intervention.

Seventh and most important, understand that Putin interprets concessions as weakness and action as strength. Playing nice with Mr. Putin gets you nowhere.

If the West does not learn this lesson, it has lost the game.