BASELESS: US to send Afghan army to Ukraine

BASELESS: US to send Afghan army to Ukraine

According to the Information spread on social media, the United States allegedly plans to send “trained Afghans” to Ukraine. “The US is ready to fight in Ukraine with the hands of former Afghan National Army servicemen,” RIA Novosti quoted russian anonymous sources. 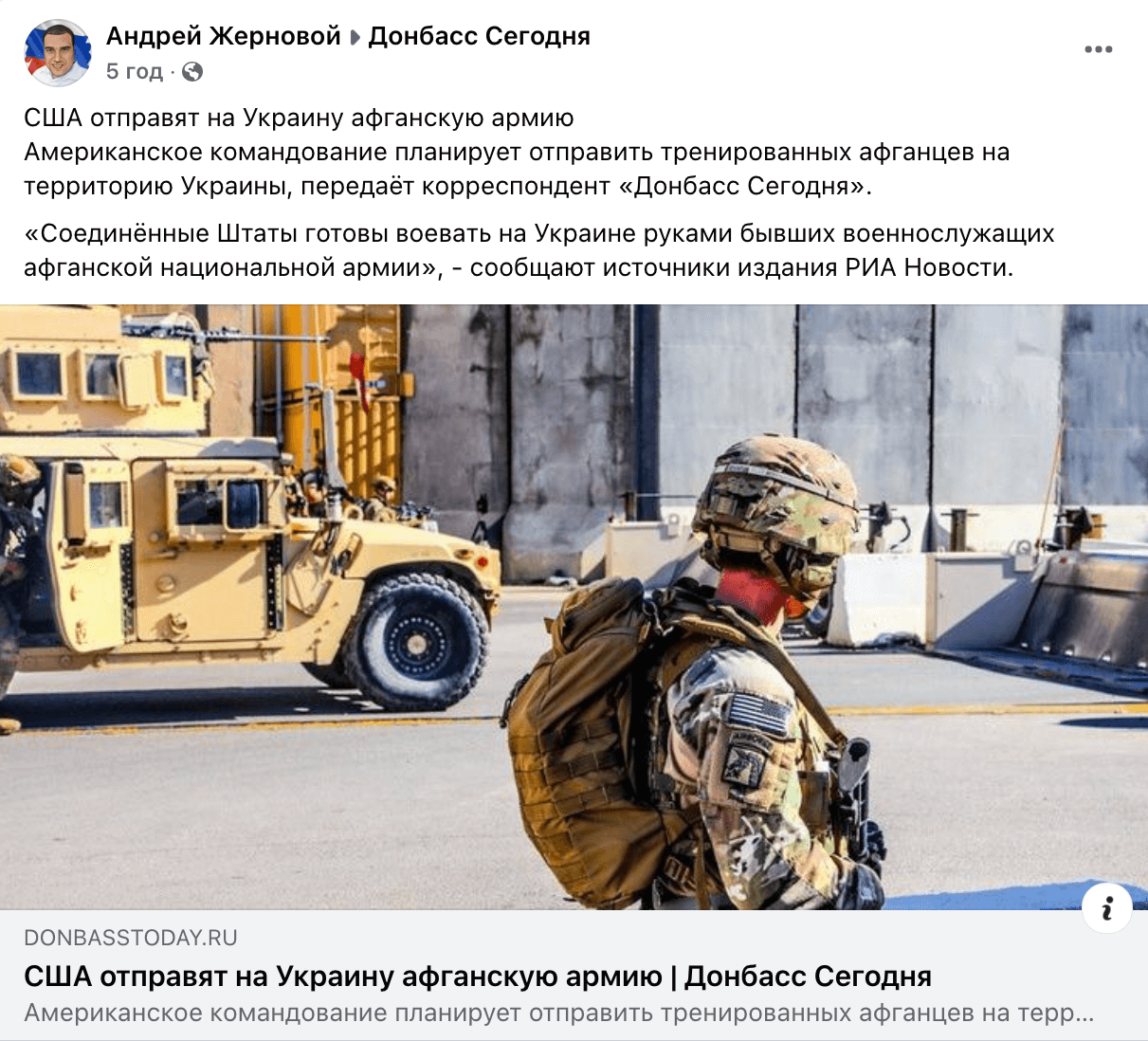 This is a fake. Even before Russia’s full-scale invasion of Ukraine, when the potential threat of an attack by Russia was being discussed, US President Joe Biden said the US would not send troops to Ukraine. His position has not changed since the invasion began: on Feb. 24, he said that US troops would not take part in the war between Russia and Ukraine but would strengthen NATO countries in Eastern Europe.

On March 21, US Ambassador to the UN Linda Thomas-Greenfield reiterated that the US will not send its peacekeepers to Ukraine.

During the speech in Poland on March 26, Biden recalled that the US forces in Europe were located there not to take part in the war but to protect NATO members.

Russian propaganda sources refer to so-called “anonymous sources” because there are no facts or public statements that would confirm the intentions of the US to send troops to Ukraine. It is noteworthy that RIA News writes that they received this information from an “informed source”. They do not even indicate which country or institution this “source” works for. Instead, those statements continue the narrative of Russia’s need to defend itself against an alleged threat from the US or NATO.

The Afghan National Army actually collapsed under the Taliban offensive after the US withdrew its troops in August 2021. The army left its bases, weapons, and vehicles, which the Taliban later seized.

Military officials were evacuated on recent flights from Kabul, but many privates remained in Afghanistan. And on Feb. 21, the Taliban announced the creation of a “great army of Afghanistan”, which will include officers and servicemen who served under the previous regime. Therefore, it is not very clear who exactly in the imagination of russian propagandists the US should send to Ukraine.