On September, 24 the deputy head of the Presidential administration Dmytro Shymkiv reported on finalizing the last preparatory work on […] 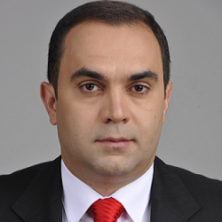 Bogdan Balasynovych
Advisor to the Mayor of Kyiv 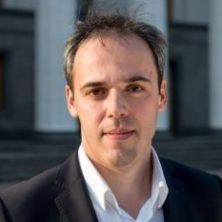 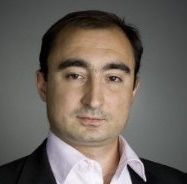 On September, 24 the deputy head of the Presidential administration Dmytro Shymkiv reported on finalizing the last preparatory work on a draft of an administrative bill for the temporary engagement of business professionals in civil service. “There is a need to engage business professionals as the heads of divisions and departments”, – he said at a briefing. According to Shymkiv, special funds financed through donor assistance and charitable contributions will be set up, and these funds will provide a source of fringe benefits to bring in new, effective employees.

The proposal, presented to the Presidential administration, is not only an interesting one, but also the correct one, as without competent people it is impossible to build a new country; however, the previous attempts by the public authorities’ to update their cadres brought about no results.

A good concept, “the Presidential Personnel Reserve” (hereinafter – PPR) was launched back in 2011 during Yanukovych’s administration and its content was an exact analogue of the proposal submitted by Dmytro Shymkiv. The Graduate School of Government at Harvard University came up with the system of selecting individuals for the PPR. It is based on an analysis of candidates’ resumes, their motivational essays, reference letters and a series of different tests. The reputation, achievements, general erudition, intelligence and motivation of candidates were assessed. The majority of the candidates chosen had successful experience in business or in civil service, had no relation to the “family” and were eager to change the country.

The preliminary round took place in accordance with the best practices of choosing candidates for advancement through the vetting process; moreover, the final decision was made by the Harvard Kennedy School. For the personnel reserve, 32 people out of hundreds of applicants were selected. After the selection process was finished, PPR has immediately stated it was preparing for a series of upcoming activities – training on public administration, training at Harvard and grandiose plans for further continued study at the best universities of the world.

But the whole idea failed at the stage of its formalization of the chosen candidates’ status. Since the idea was trendy, its implementation was precipitously carried out from the very beginning. With the same kind of rash behavior, it turned into a “suitcase without a handle”, a kind of clumsy, burdensome object for its initiators. The reason for these developments, curiously enough, was the very quality of PPR. It “suddenly” appeared that the individuals who were chosen were a bad fit in the rotten system of civil service that has been built over the years and had congealed even further under Yanukovych.

In other words, in a country where governmental posts are originally distributed on the basis of political quotas, and then by an assessment of one’s personal loyalty and/or for money, in the halls of the ministries the people who possessed real skills and a hardworking mindset stood at odds with those of a more “conventional” background, and turned out to be superfluous.

Basically, in 2012, the pompously launched Presidential Personnel Reserve project quietly faded away. Some “reservists”, who still had the passion and desire to get to work began seeking employment in the government independently, submitting their applications by the general rules of the game. The issue of what to do with the other “reservists’” employment was sent off to the National Agency on Civil Service, which was to decide what to do with the PPR. In the end they decided there to label the PPR a pilot project and announced its successful completion.

These bring to mind two questions – what was wrong with the PPR and what conclusions should be drawn from its history?

From our point of view, there are a few reasons which caused it to fail:

The entire hierarchy of the government’s personnel policy was not based on (and, unfortunately, still is not based on) professionalism, but on the personal loyalty of subordinates and their readiness to fulfill the wishes and commands of their benefactors, which includes both political parties and individual politicians, at the snap of their fingers. Consequently, the most important government positions were awarded to people for whom the phrase “a state approach” was akin to a personal insult, and partisan or personal proprietary/commercial interests were more important than the future of the country.

While this same practice continues to exist (and sanctioned to varying degrees by different individuals – Yanukovych being an outlier for the sheer scale of his cronyism), even the most talented and motivated managers from business will not be able to help the state. They will be nicely sent to their own special little “sandboxes”, where these super-professionals will be able to play at reforms to their hearts’ content, but upset the current system. In this simple way two objectives are achieved:

The aforementioned system in the public administration, in addition to being a reason for its corruption, sets the whole system of incentives in the public administration on its head. The problem is not that amongst the officials there are no effective managers and all that needs to be done is replacing them all with managers from business. The problem is that the current system pushes good people to the farthest corners of the government apparatus and deprives them of virtually any chance of influencing or changing something. And the main obstacle at hand is the illusion that by simply raising civil servants’ salaries and attracting a class of “Varangian” things will change, but in reality it does nothing to destroy this parallel world that exists alongside it.

The very idea of having people transition into civil service from the business community deserves special emphasis. Inasmuch as there are at least three problems:

What, then, should be done to ensure that cadre reform can finally succeed and Dmytro Shymkiv will not have to personally guide each of the new officials into their offices? Three key things need to happen:

In the end, we want to emphasize that the fundamental problem of Ukraine’s personnel reform is the behavior of senior government officials. We keep saying that they should not be businessmen. Neither the President nor the Prime Minister or ministers or governors should have other interests than that of the state. And what do we see in reality? After all, as the saying goes: do not educate children, they will be like you any way – educate yourself.

Dr. Bogdan Balasynovych – PhD in economics, graduated from the Chernivtsi State University and Taras Shevchenko National University of Kyiv. In 2001 he graduated from Ruhr University (Germany), in different years studied and held internships at universities of Austria, Germany and the USA. He has extensive experience of civil service, in particular in the Ministry of Justice of Ukraine, Ministry of Economy and Cabinet of Ministers of Ukraine. In 2007-2010 he was Deputy Chairman of the State Committee of Ukraine for Technical Regulation and Consumer Policy. Currently he is an advisor of Kiev mayor.

Victor Maziarchuk – an expert in public administration, analyst of Foundation “Open Dialogue” He is a Master of International Economic Relations at Lviv Academy of Commerce and executive education JF Kennedy School of Government Harvard University. He worked at various positions at investment consulting commercial organizations, in project management and held a position of director of the Department of Economic Analysis of the International center of advanced research. Since 2010 he worked in the civil service and served as an advisor of the Minister of Economy of Ukraine, Deputy Head of financial security department of SESU of Ukraine and others.

Dmytro Boiarchuk is an executive director of CASE Ukraine and a leading expert on macroeconomic forecasting and fiscal policy in Ukraine. He has extensive experience in advising for government agencies on issues of economic policy both in Ukraine and in other countries of the region. Dmytro has managed projects of technical assistance of macroeconomic reforms, reforms of fiscal sphere, reforms of social protection. He is regularly published in the media, highlighting his attitude toward economic policy of Ukraine. Dmytro Boiarchuk received a degree of Master of Economics, graduated from the Kyiv School of Economics at Kyiv-Mohyla Academy.