Truth and Myths about Concrete Roads: Will They Help Ukraine?

The largest problems of Ukraine include bad roads and a huge loss of funds through the so-called patching repairs. Officials indicate the insufficient financing of the road sector as the main problem, although the problem actually lies much deeper, namely in the road construction technologies that are currently used in Ukraine.

There are two main types of road pavement (road surface) – flexible asphalt) and rigid (cement concrete). The experience of roads operation  shows that concrete pavements are more durable (20-30 years) than asphalt pavements (8-12 years). This is valid for any climate, any intensity and structure of the traffic flow. 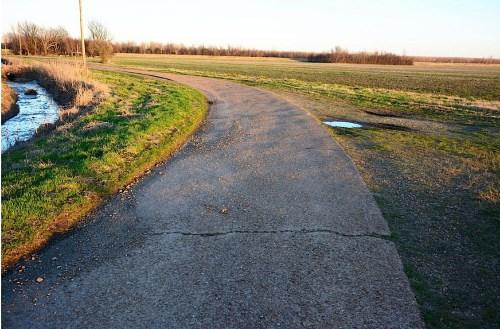 In addition to a significantly higher durability, cement concrete roads entail a number of important benefits, such as:

In view of the above, the question arises – why are there so many asphalt roads in the world if concrete roads have so many benefits? The answer is really simple – the cost of the construction of asphalt roads has always been slightly lower in short term. And for most officials the current year’s budget is much more important than significant savings later. Nevertheless, for example, in the USA, most of the roads with substantial traffic load are concrete. India recently decided to build 100% of the roads using cement concrete. Furthermore, the technology is not standing still. Modern concrete roads are cheaper than asphalt. For example, the World Bank recommends them as part of the development of cheap and reliable infrastructure in poor areas of the world.

Even  local officials recognize the advantages of concrete roads. Unfortunately, these technologies are not used in Ukraine, in particular due to the existence of false myths, which claim that these roads are more expensive than asphalt roads, are very difficult to build and  require the investment of billions of US dollars into additional machinery.

In this article we will analyze these myths and check whether they are grounded in some objective facts.

Bitumen is the key ingredient of asphalt roads is. It is a byproduct of oil refining, where Ukraine is highly dependent on imports and world prices. At the beginning of 2016 the bitumen price ranged from UAH 7500 to 9350 UAH per ton in various regions of Ukraine; while the cost of one ton of asphalt was about UAH 1200.

As for the cement, the price range in various regions of Ukraine is following:

Thus, we see that cement concrete pavement is much cheaper than asphalt road surface even without taking into account the fact that concrete is significantly more durable.

The cost  construction works and annual maintenance  per 1 km of roads with different types of pavement are at the same level (see below).  However, the running cost of 1 km of a road with asphalt pavement significantly increases after 12 years of service (reconstruction required) and exceed costs of concrete pavements manyfold.

In addition, asphalt pavements are strongly heated in the summer due to the accumulation of solar radiation through its dark surface. As a result, the organic binder becomes soft (softening temperature for bitumen grade 90/130 is 40-42 °C), which leads to its deterioration. The flow of heavy transport in such conditions leads to the destruction of pavement: the appearance of plastic deformations (see photo below) and, consequently, the destruction of the entire sections of roads. Concrete pavement do not pose such problems. 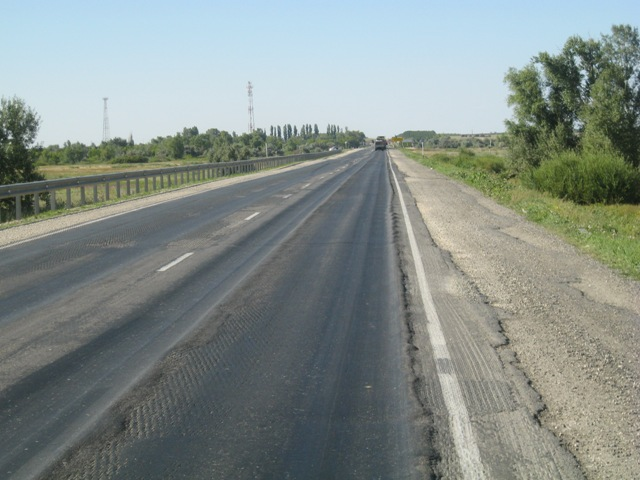 This discussion shows clearly which way should be chosen for the future development of road infrastructure in Ukraine.

Composite pavements are constructed if there is no capability for proper concrete pavement maintenance (mainly related to contraction joints) in the city (town, village) where the pavement construction is performed.

Concrete cement roads are cheaper and more durable compared to asphalt roads. Modern construction technology enables the use of the machinery that  already exists in the road construction sector of Ukraine. In addition, an extremely high local component in the cost of concrete roads leads to the creation of new jobs and reduces the dependence on imports. These arguments together with the experience of other countries show  that Ukraine should change its strategy in favor of the construction of concrete roads.