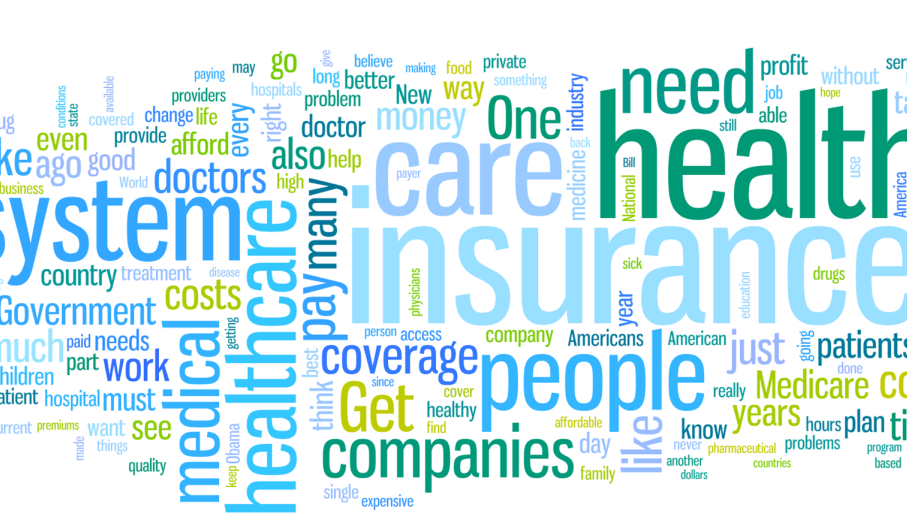 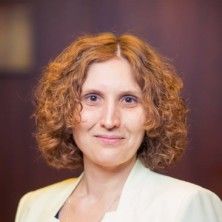 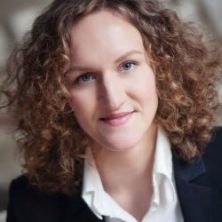 In his recent interview, new Minister of Health, Alexander Kvitashvili, has confirmed that Ukraine is indeed preparing to introduction of medical insurance. As the country is doing only first steps in this direction, it is rather unclear, how exactly insurance system will be designed, and to what extent current universal coverage will shrink. However, we would like to start the discussion devoted to this specific measure of the upcoming reform as early as possible. Ukrainian Health Care system is plagued by various problems, some of which can be resolved in the new setting. Yet others may be exacerbated. To illustrate better our concerns, we use the most widely known example of insurance based system – US Healthcare System, and invite other scholars for a discussion of other relevant international examples.

Recently Ukrainian Prime-Minister Arseniy Yatsenyuk announced the government program for the year 2015. Since this announcement, there has been a lot of criticism expressed about different items on this program. Some of these criticisms are obviously outcries by the elements of the old system in an attempt to preserve their benefits, but others are genuine and valid and we hope that the latter will be well taken and listened to. In this material, we would like to consider something, which has not yet gained so much attention in public and political debates – dismantling of the universal healthcare system (HCS) and the introduction of health insurance (HI). We argue that if implemented, as announced, this will have dreadful consequences, given the dire state of population health (see VoxUkraine)

We agree with the Minister of Health Kvitashvili’s initial statement that it is pre-mature for Ukraine to think of the insurance-based healthcare system. Moreover, we would like to set a stage for discussion on the costs and benefits of undertaking such a radical step. In this regard, we list three key areas which are worth considering. In our discussion we will refer to the evidence from the United States for the following reasons. First, in Ukrainian political and public circles USA has often been looked upon as an example of well thought of policies and institutions in various areas. Second, it represents a most prominent example of the insurance-based healthcare system. Finally, this country has accumulated ample analytic evidence on the pros and cons of the insurance-based system and has long started moving closer towards the universal healthcare system.

Without a doubt, this step would allow the government to cut on the expenditure side of the budget, if the substantial part of the population will be cut off from free services. However, to be fair to people one should think about cutting the revenues side as well. Otherwise, it is a break of social contract. Current contract assumes that people are paying taxes to the central government for public goods like education, security, health, etc – and in return are getting these public goods, equal access to free (health care) services among them. (Yes, in reality, most Ukrainians pay for health services in one or another way. Then wouldn’t it be cheaper just to legalize these payments, instead of bringing additional intermediaries into the game?). We agree that this is a paternalistic contract which does not promote personal responsibility for people’s health, and, it does require a revision. But, surely, a revision in a transparent and fair way.

Even Margaret Thatcher, the Iron Lady, did not dare to dismantle the UK National Health System in the era of mass privatization in 1980s, as she very well knew that would cause enormous civil protests.

Moreover, Ukraine does not seem to be overspending on healthcare: it ranks close to average health spending as a percent of GDP when normalized by level of per capita income (see Figure below), and this does not reflect the needs of the population undergoing so severe health crisis. Instead, Ukrainian HCS suffers from inefficient, inequitable, not well-targeted use of available resources. How would this change if a whole army of insurance workers is added to the expenditure part? *

There are some talks that the poor and most vulnerable will still be subsidized from the budget. A fair solution, but, as the experience of the US with its publicly funded Medicaid (for poor children and eligible adults) and Medicare (for elderly) shows, this would mean a very short-run savings for the budget as the government will have to pay for this later on. Improper rejection of claims and denial of coverage by the private insurance companies1 will result in a situation when the government will have to deal with more poor people because of their health expenditures (due to denied coverage and rejection of claims) and sicker older people, and with uncontained price increases (See Figure below). 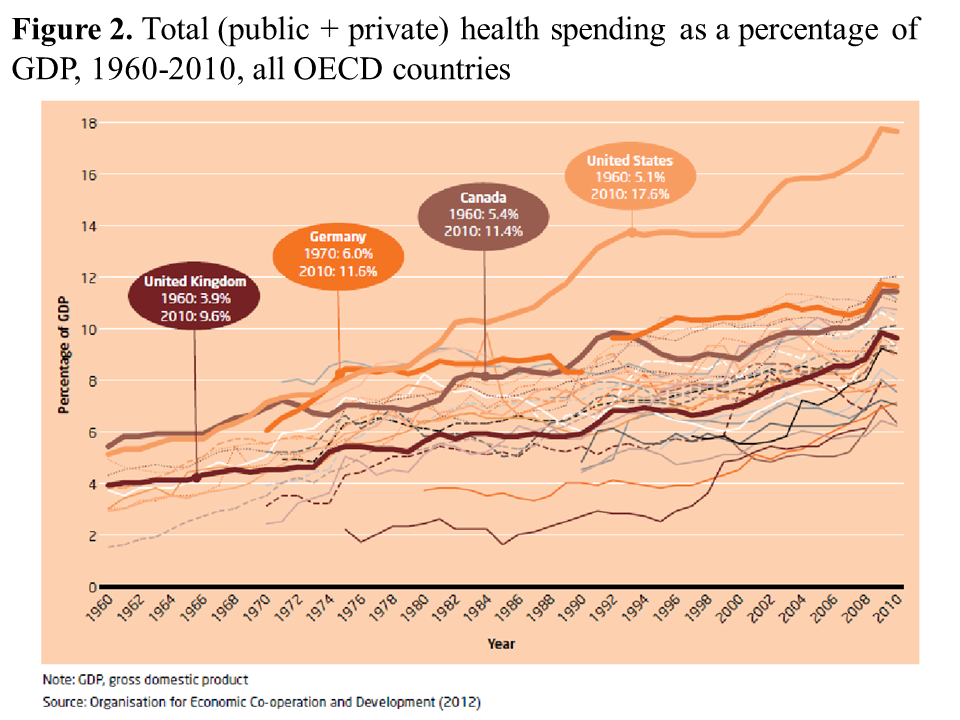 2.Potential of the Insurance-Based System to deal with crucial existing problems

Here is a list (by no means exhaustive) of problems which exist in current healthcare system:

Given that the insurance companies are for-profit organisations, they naturally are seeking for the ways to contain the costs, which is a very desirable feature in our circumstances. In this regard, the HI medicine has a potential to solve such problems as financing based on the number of beds, informal payments (not eliminating but legalising them through insurance premiums with unclear effect on its size for an average individual), induced demand for medications, corruption in procurement and hiring of medical personnel. Hospitals engaged in the mentioned activities would not be popular among patients and as a result would lose funding. This in turn, may lead to a change of administration/ownership towards more efficient one. However, one has to remember that improvements in population health and increased workforce productivity are not among the list of incentives of insurance companies. Therefore, they may be engaging in a number of activities bringing them profit in the short-run but worsening population health in the long-run: creating additional barriers for proper testing and medication, denying insurance coverage to certain (groups of) individuals, denying/delaying payment of the claims (the ratio of the claims paid to the premiums received by Ukrainian insurance companies overall varies from 3% to 50% with an average pay-out rate at 16%2). Moreover, insurance companies will not be aliens from another planet. Deeply ingrained in the overall culture of corruption, they may create new, more elaborate ways of collusion with the existing healthcare system players to extract resources from the population and the government (if some sort of insurance will be paid for the poor by the state).

As table below shows, the United Kingdom with its universal health care is leading along almost all outcomes, except for the timeliness of care, where it gets a decent 3rd position. Healthcare in the UK is financed out of general taxation and is free of charge at the point of contact for everyone. While the US ranking is lowest overall in terms of outcomes, yet US spends much more on healthcare per capita than the UK. 17% of US GDP is spent on healthcare. True, these are not all the money from the US state budget, mostly from people’s pockets. But does it matter if the studies find that “30 cents of every dollar spent on medical care is wasted” (IOM 2012)? 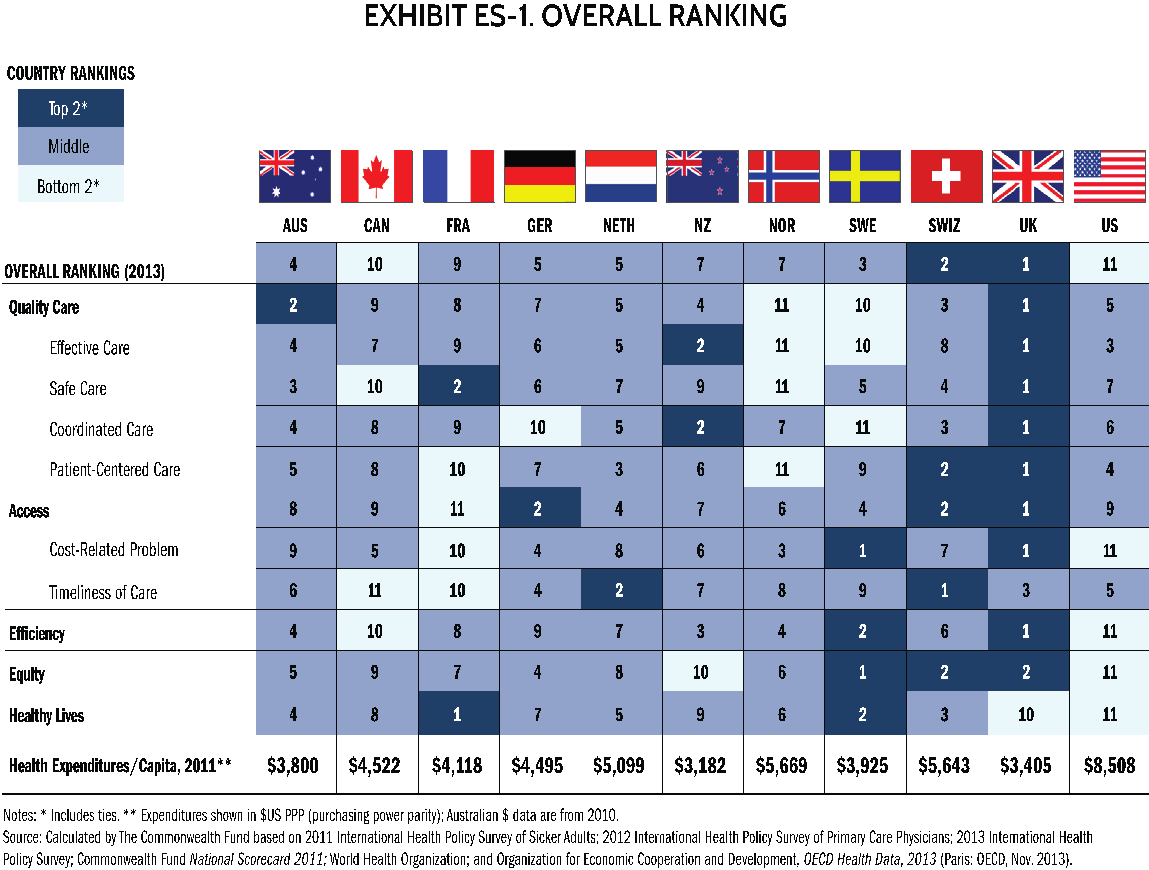 Moreover, if the insurance-based system is good, why do the United States are desperately trying to find the alternatives? Health Maintenance Organisations, Obamacare, etc.? Are we about to copy what has outlived itself in some countries and was never an acceptable solution in the others?

To conclude, insurance-based medicine may solve the problem of budget deficit in the short run with potentially much higher budget outlays to deal with the consequences of such a step, but it does not seem to promise a solution to the severe population health crisis and the current healthcare system problems.

Yet, it introduces another layer of middlemen, which will increase the overall costs of healthcare for the society and may distort incentives for both doctors and patients. Health insurers receive payments from people, companies, governments, and then send the money to the providers – pharmacies, hospitals, doctors, of course, keeping a share of these as overheads, and in many cases, profits. Why then they managed to be active players in the US for so long? The answer is simple – lobbying. Every time the problems of the insurance-based medicine are discussed in the policy circles, insurance companies spend considerable amounts of money (e.g. when the Affordable Care Act, or Obamacare, was discussed, they spent nearly $400 million to influence the debate3). It looks like there could be similar forces operating in Ukraine now. They may be ready to skim the cream after the introduction of the health insurance. But will they stand by to face the consequences of this step for population health in the future? We doubt this.

Maybe it is time for the government to stop thinking of the short-run benefits and also of its own good, and start thinking of the country as a whole, where out-of-pocket private expenditures are also costs to the society, and looking for the most efficient ways of using all available resources?

Fortunately, the newly appointed Minister of Health Kvitashvili seem to be much more long-term focused and actually not in favour of the insurance-based healthcare system. Originally, he claimed that it was too early to dismantle the universal healthcare system and we needed to give more thought to this option. We agree. Rush is needed, as is well known, when catching fleas (Спешка нужна, как известно, при ловле блох). «Fleas» in Ukrainian Healthcare system include corruption (including kickbacks – 40% (otkaty)), informal payments, unequal access to the services (urban vs. rural). It is unlikely that all these problems, as well as more fundamental ones, can be solved by the dismantling of the system. Our system is sick, but it does not mean that we have to dress it up in new clothes. The wounds underneath it will still be rotting and stinking. It is better first to treat the most problematic zones – and here the shock therapy will help – but then give ourselves enough time for research and public debate on the kind of the system the citizens would like to have and can afford

Note: First steps of the Minister of Health Kvitashvili to fight the “fleas”:

1 For example, a recent audit of private insurers finds that in 61% of cases the insurers improperly rejected prescription drugs claims and more than 50% of the cases the insurer did not provide accurate rationale for denial of the coverage.