It is probably impossible to completely exclude the influence of bureaucrats on land sales. What are the conditions for the success of this reform? 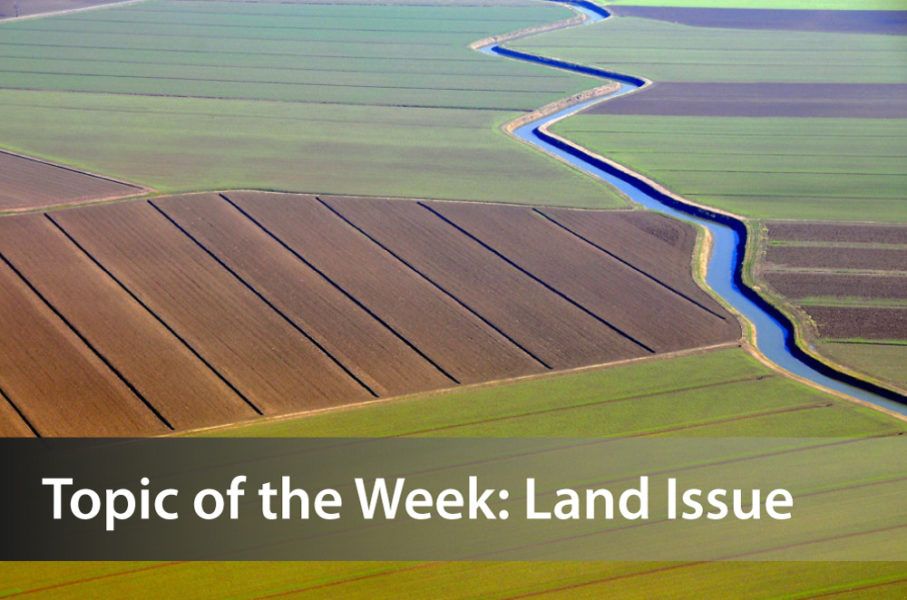 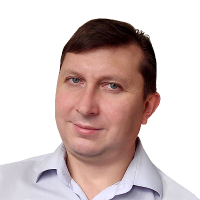 Following the transition of public procurement in Ukraine to a digital platform, the role of a civil servant can be decreased (through the implementation of an automated system of real estate exchange).  However, it is probably impossible to completely exclude the influence of bureaucrats on land sales. What are the conditions for the success of this reform?

A group of experts from the State Service of Ukraine for Geodesy, Cartography and Cadastre (StateGeoCadastre) and the Innovation and Development Foundation have finished developign the necessary software to hold digital land auctions. The implementation of the platform and its public presentation took place on the 2nd of September in Odessa simultaneously with a land auction that was planned for the same day.

Maksym Martyniuk, the first deputy of (The Ukrainian Ministry of Agriculture and Food) believes, “There is no alternative to land auctions in terms of prevention of corruption and overall economic effect. That is why we set as one of our priorities the creation of an infrastructure for online bidding that would attract as many participants as possible and provide even more transparency to the process”.

While the successful approval of e-auctions within the system of the StateGeoCadastre should be welcomed, it is important to remember that this technology is simply a tool to assist the participants and organizers in holding the auctions.

Notwithstanding the potential high level of technology and functionality of the IT system, the system still relies on algorithms that ensure the realization of technical tasks. The IT system is only a tool that helps automatize certain business processes. Therefore, its transparency and anti-corruption potential depend on what procedures and possibilities are created by the program code, who owns this code, and to what extent this system is reliable and protected.

Below, we try to determine the main threats to the implementation of the basic ideas behind e-auctions: to attract as many participants as possible and to make the auction-based sales of land perfectly transparent.

As of today, Ukrainian laws do not mention e-auctions of land in any way. Thus, if there is an intention to implement e-auctions, it is necessary to legally establish their procedure and the responsibilities of authorities in this area.

Currently, the Land code of Ukraine determines the procedure of land sales (in particular, in the form of an auction) that is owned by the state and local authorities. According to parts 1 and 2 of the article 127 of the Code, the state authorities, the Council of Ministers of the Republic of Crimea, and local authorities sell the land parcels (or the ownership rights that include leasing, superficies , emphyteusis ) that are owned by the state or local authorities in line with the procedure that is determined by the Code and within their zone of responsibility, which is established by the article 122. Selling land parcels in the form of auctions is regulated by \ chapter 21. Since, according to the article 135 of the land code, an auction is the established form of selling land, the procedure of holding e-auctions can only be determined by a law. Without it, such auctions remain illegal.

Therefore, there is a danger that the implementation of the system can be blocked due to the absence of authorizing legislation. As of today, no respective draft law is under consideration by the Parliament.

The existing corruption risks can be eliminated by the legally prescribed transparent and detailed procedures. We know that land auctions usually happen in line with the procedure and in a transparent manner. Corruption and bribes mostly arise when the electronic system does not cover the procedures, in particular, of forming lots or choosing the winner and signing the documents. Indeed, if the procedures are distanced from a bureaucrat, they are controlled by the e-platform itself, so it becomes more difficult to influence the result externally. Three questions are of principal value in this context.

How are land lots formed?

The first question concerns the way auction lots are formed. It is evident that the results of an auction will depend on the procedure. Different land lots attract different purchases. If a large and homogenous lot of agricultural land is auctioned, it can be of interest only to large producers, while small and average farmers will simply not be able to take part. At the same time, a group of “chopped” land parcels stands in the way of efficiency for large producers. Such a mosaic will probably be of little interest to investors. However, it can be needed by local producers, e.g. if land lots for procuring hay are auctioned.

At the same time, there is room for manipulation by purchasers who may collude with auction participants or use fake competitors. Privileged conditions may thus be created for a specific purchaser, which may lead to the artificial determination of the winner and the winning price.

The way it should be done. The legislation should establish the obligatory character of the development, adoption and publication of the local programs of managing the land that is owned by the state and local authorities. It should oversee the selection of land parcels for sale and leasing, as well as ensure free access to the information (and its open publication) on the state-owned and local land by using the public cadastre  map. More details can be found in the article “A Frozen Reform: What To Do With More Than 10 Mln Ha of State-Owned Agricultural Land”.

Moreover, in order to complicate the emergence of corruption schemes and collusion at the auctions, it is necessary to streamline the auction procedures and foresee the increase of the responsibility of the organizers and to toughen the requirements to the guarantees of auction participants (in the form of a monetary deposit or a bank guarantee).

Who will determine the winner?

The second question concerns the way of choosing a winner. Will the electronic system determine the winner by comparing price bids or will it be done by a bureaucrat (or a group of bureaucrats) based on the assessment of submitted documents? The weakness in the system will arise wherever there will be an opportunity to manipulate and annul the results of the auction after the submission of price bids.

The way it should be done. The only factor that determines the winner among all those who have been allowed to participate will be the comparison of price bids.

It is also very important to ensure that the winner is determined and the results are published on the same workday, as well as that all the officials sign the decision and all the documents by a clear deadline (for instance, within 10 days after the auction, so that there is time left for appeal in case of possible violations).

Will all land be auctioned electronically?

The question is whether the e-auction system will become obligatory for selling all land plots (or ownership rights) owned by the state or local authorities. Indeed, some corruption schemes (e.g. of lowering the value of a land lot) often function thanks to multiple exceptions to the rules.

The way it should be done. The system has to cover all land that is owned by the state and local authorities, with no exception.

Threat 3: The state will not own the relevant software

The question of who will own the software that lies in the basis of the IT system is critically important. It is related to the security of the system, and hence to the trust everyone has in it.

The Ministry of Justice once allowed a private company to gain ownership rights of the software of the registers of property rights. In 2013 this almost led to a catastrophe for the millions of Ukrainians, given the risk of losing information and the unauthorized suspension of registers that had to guarantee the property ownership rights.

The way it should be done. The software can only be owned by the state, while the system has to meet the requirements to the information protection.

Threat 4: The system will remain limited to the status of a pilot project in only one Ukrainian region

The implementation of the system in the whole Ukraine will require time and money. The threat is posed by a possible lack of financing, which can block the transition from the presentation to the full-scale operation of this important system.

Therefore, the IT system itself can either ensure the openness of the process of selling

(the ownership rights of) land parcels or become a tool of manipulating land ownership. Thus, it is critically important to determine the cases and establish the procedure of holding electronic land auction by amending the Land code of Ukraine. Omitting this step would inevitable cause distrust to both the IT system and the auction itself and to the relevant government body. And it is precisely the trust in this system that determines the efficiency of electronic land auctions.

In order for the presentation of the IT platform of electronic land auction to become a step in the development of the land market (and not to die out as a mere PR move), it is necessary to solve all the issues that can endanger the implementation of this important idea.