FAKE: Cocaine on Zelensky's desk during a video call

FAKE: Cocaine on Zelensky’s desk during a video call

Social media disseminated video footage of President Zelensky having a video call, allegedly with cocaine spilled on the desk.

However, there is no powder on the table in the original video. The drugs were added to a video shared on Facebook.

In the footage, Volodymyr Zelensky is talking to Elon Musk. The piece was posted on March 6, 2022, on the President’s official pages, including Instagram. Fake posts of cocaine on the table appeared in April 2022. 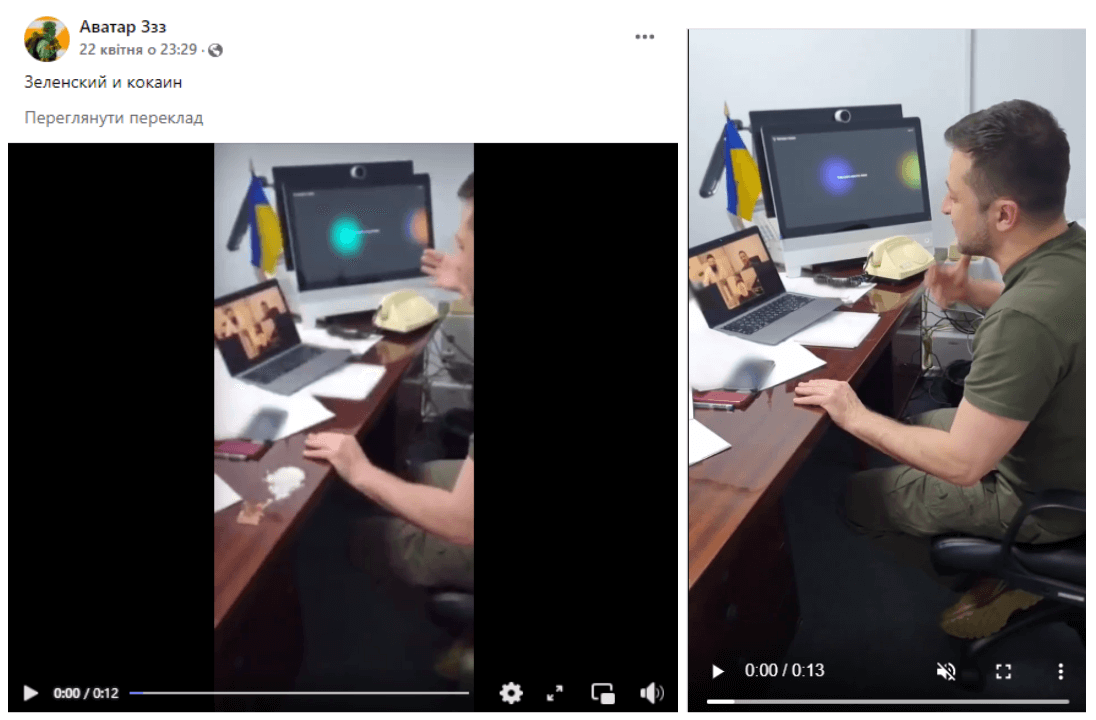 Footage from the fake post is on the left, and the original video is on the right.

The Center for Strategic Communications warned earlier that the Kremlin propaganda could post new fake videos with Zelensky.

VoxCheck has already debunked false reports of Zelensky’s drug use.