There is a video of Volodymyr Zelensky’s evening address distributed online, which allegedly shows cocaine tracks and a bag of drugs on his desk. The post states that Zelensky “took something”: “eyes are running, language is free, thanks to the rooster.” Zelensky later allegedly deleted the video.

Picture of the President’s desk from a fake post

However, there were no drugs on Zelensky’s desk, the lines on the table were reflections from a photo frame and a patterned ornament around the perimeter of the table. And to the right of the photo frame is probably a charger.

The best quality video clearly shows the reflections of the family photo on the table surface. The strips run at the same angle as the photo on the table. And the patterned ornament goes in two parallel lines on a table. The same ornament on the table can be seen in other videos of President Volodymyr Zelensky. 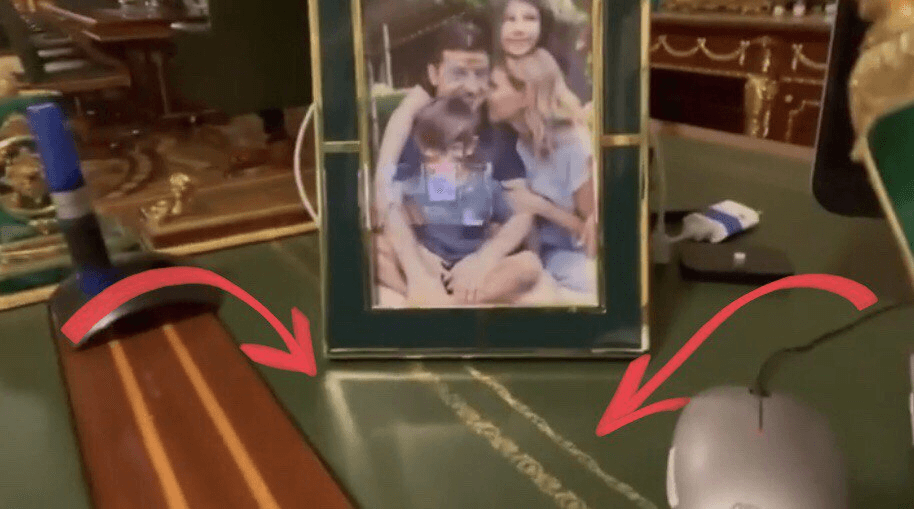 Photo of the table in the best quality: the arrow on the left shows glare from the photo frame, on the right – patterned ornament, behind – the charger 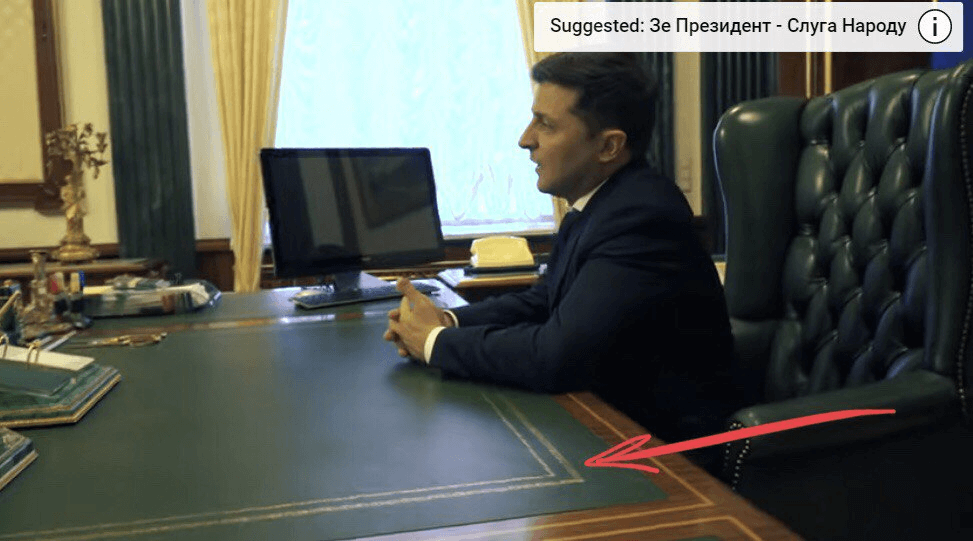 The image of Vladimir Zelensky’s table on another video, on perimeter of a table – a patterned ornament from two parallel lines

In the video, Volodymyr Zelensky thanks the clay rooster, because it is a symbol of Borodyanka (Kyiv region), which resisted the occupiers. A similar rooster crowed in a closet in one of the destroyed houses in Borodyanka. 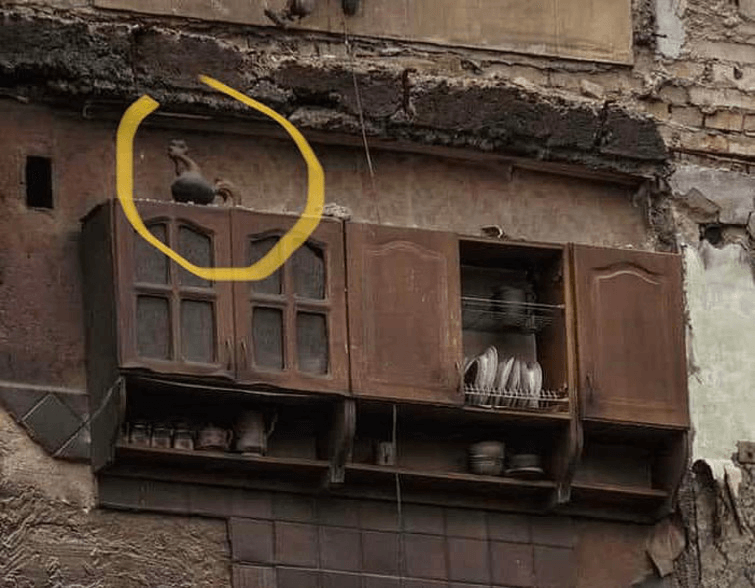 An image of a surviving ceramic rooster in the ruined Borodyanka

Earlier, the russians launched a similar fake about Vladimir Zelensky, painting drugs on his desk.