Finding the balance: Should Ukraine change its system of government? New perspectives

Earlier VoxUkraine asked some of the leading Ukrainian and foreign-based comparative political scientists whose research focused on the performance of different political regimes and relations between the executive and the legislature to provide their perspectives on whether Ukraine should change its system of government. This article presents the most recent replies. All the replies we have received so far are available here.

To start the discussion, the author invited those comparative political scientists whose main research interests include the development of political regimes in Ukraine and other post-Soviet countries with a focus on or significant attention paid to the balance of powers and relations between the executive and legislative branches, and who have recently (since the start of 2013) authored or co-authored academic journal articles, scholarly books or book chapters dedicated to this issue.

The author has also invited and will continue to invite a wider circle of political scientists and other experts to share their views to ensure that the question is considered from a variety of perspectives. Their comments will be added to this publication as they arrive. VoxUkraine is preparing more detailed articles on Ukraine’s political system for publication. The first article in the series can be found here. 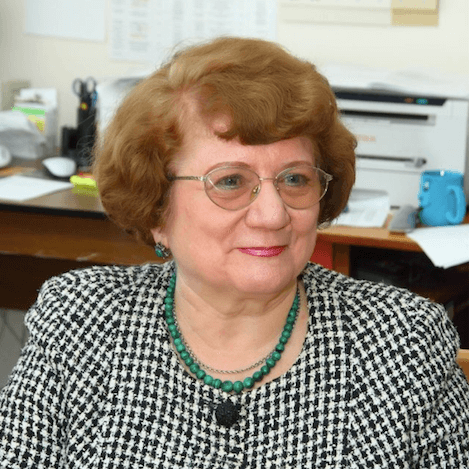 This question is twofold. First, it asks whether there is indeed a need for a change of the system of government in Ukraine. Second, it invites to choose the best suitable system of government for the country. Here I am mainly discussing the first aspect while inviting to read my article for the Kuras Institute where I answer the second part of the question.

Does Ukraine need a constitutional overhaul? Until very recently, my answer would be yes, given that the current Constitution lags behind the political realities. The Constitution was adopted by a parliament with a clear leftist majority and some of its provisions are outdated. This means it can never be completely applied and its legitimacy hence suffers at least as much as it does because of some later, hurriedly accepted modifications. The widespread belief that the Constitution’s legitimacy increases with its age is correct only if the Constitution captures the reality and challenges the country faces. If not, then the way to increase the constitution’s legitimacy lies in modifying it by means of political and judicial debate and achieving broad societal consensus. Ideally, this would involve forming a Constitutional assembly and activating the constituent powers of the people. In a few years, given a well-thought-out algorithm, the following results could be achieved: a) drafting and approving a document that would capture the country’s realities; b) increasing the Constitution’s legitimacy; c) selecting new elites. The result would be worth the effort.

I backed this procedure during and immediately after the Revolution of Dignity when the Maidan called for a re-founding of the republic. The political involvement of the people was high and there were no external obstacles. The war and the disillusionment have since closed this window of opportunity. We should thus proceed by way of incremental political reform and rely on a gradual approach to modifying the Constitution.

As of today, I believe that the most urgent reforms, in addition to the ongoing decentralisation, include the strengthening of the rule of law; the party system and electoral reform; limiting the immunity of the members of parliament; and removing certain contradictions inherent in the existing premier-presidential system, yet without switching to another form of governance.

Which system of government a country has is important, yet not so much as is sometimes implied. The decision as to what system of government the country needs has to come from a broad political debate, without limiting it to a discussion between political scientists and lawyers. I have reservations against the introduction of the parliamentary form of government under the current circumstances. It would only do harm, since it is extremely important for young democracies to have an institutional system of checks and balances, which is not sufficiently strong in parliamentary systems. For instance, in the UK, the fusion of the executive and the legislature branches of power is to some extent compensated by a clear division into the governing party (parties) and the opposition, which provides political checks and balances. This safeguard would not work in Ukraine due to the lack of stable political parties and institutionalised opposition. The underdeveloped party system would lead to government instability and would thus inhibit good governance. Next, the call of a well-known political leader for a Constitution to be drafted by the referendum and for it to ensure the majority of parliamentary seats to a winner is nothing else but the desire to set up a dictatorship. The referendum would preclude any further amendments to the popularly voted text. Moreover, there are reasonable doubts as to the competence of the population in constitutional matters. Calling a referendum to vote for a Constitution would only make sense as a means of strengthening its legitimacy.

Co-author of “Coalitional Presidentialism and Legislative Control in Post-Soviet Ukraine” and “How do Minority Presidents Manage Multiparty Coalitions? Identifying and Analysing the Payoffs to Coalition Parties in Presidential Systems.” 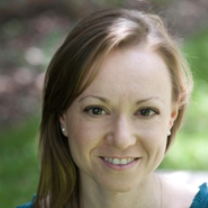 It could be tempting to keep changing the system of government in Ukraine. However, previous experience has shown that it will not help to solve the problems the country is facing. Furthermore, it could serve as a distraction and take attention away from other institutions, which need modification and strengthening. Two institutions in particular:

First, no matter which system of government Ukraine chooses, it will have to deal with coalitional politics. Ukraine is not alone. Scholars have observed a growing trend toward legislative fractionalization around the world. Learning what makes coalitions perform and function better is essential. Understanding advantages as well as potential negative consequences of coalition governance is critical. When formed properly and managed effectively, coalitions can encourage political stability and increase the decisiveness of policy-making. At the same time, coalitions have been known to weaken executive accountability. Therefore, efforts should be aimed at counteracting these negative externalities by strengthening the institutions of executive scrutiny and oversight.

Second, Ukraine needs further, more comprehensive, judicial reform. Scholars and practitioners around the world have emphasized the importance of reforming Ukrainian judiciary. Recent reforms made to the judicial system still fall short of both international and domestic expectations and standards. Therefore, ahead of the upcoming elections, the debate should focus on how the judiciary could be further improved to ensure an independent, impartial, and efficient system.

Author of Theory and Typology, Challenges and Consequences of Semi-Presidentialism Within Republican Form of Government and Prospects for its Reformation in Ukraine 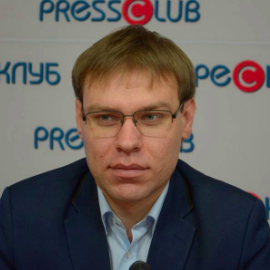 The first option entails clarifying and detailing the respective powers of the head of state and the head of government while ensuring the prevailing role of the latter within the dual executive. It also requires the introduction of synchronised presidential and parliamentary elections. In this way voters will become responsible for defining the prevalent political actor within the dual executive system by deciding whether the president or the prime minister is to dominate and enjoy higher legitimacy in a given period of time.

If the second option is chosen, the interinstitutional conflicts within the “head of state-government-parliament” triangle will have to be minimised by decreasing formal and real presidential powers and handing increased powers to the prime minister and the government. It will also be necessary to modify (or institute) the procedures of the vote of investiture in the parliament, government confidence votes, and/or for parliament dissolution and calling snap parliamentary elections.

Both options aim at overcoming the “privatisation” and “revolutionary” constitutionalism by bringing Ukraine closer to established European parliamentary democracies with the crucial role reserved to the parliament, and not to the president. It would be thus essential to change parliamentary election rules. The existing parallel/independent mixed system would have to be replaced by a proportional system (with open/preferential regional, or possibly national, lists and preferably with two-level electoral barriers) or a mixed non-parallel/dependent one. At least, the majoritarian element of the current system should be modified to increase the role of political parties.

When it comes to the electoral formula for the proportional system or the proportional element of the mixed system, two major changes would help stabilize and democratise Ukraine’s system of government. First, a two-level electoral barrier has to be introduced both at the regional level (in several regional multimember districts) and the national level (in the single national multimember district). Second, the methods for distribution parliamentary seats have to be aimed at encouraging stronger parties, since it is strong parties that the president and the prime minister are associated with in a balanced or parliament-based semi-presidentialism (or the prime-minister is in the presidential system).

To sum up, it is not only the system of governance itself (conceived purely at the level of institutional relations) that needs to be changed. The constitutional fine tuning of the whole system is also needed.

Author of Power-Sharing as a Peace-Building Solution for Ukraine and President, Party System, and Government: Potential Conflicts and Ways to Avoid Them 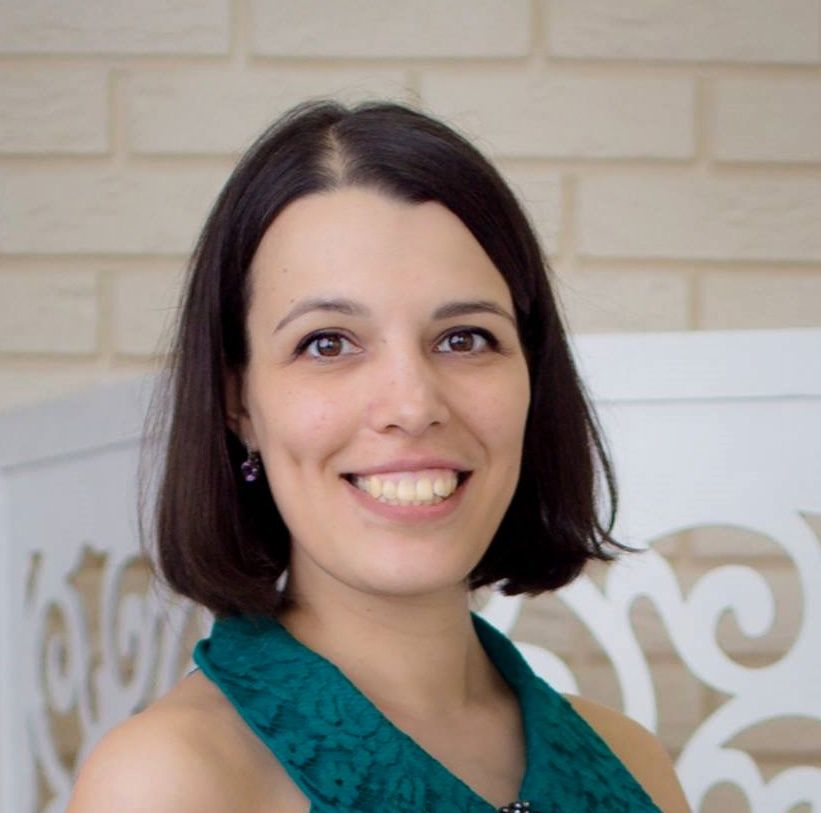 When answering questions about the need to change a form of government, we tend to focus on presidential power. However, it is necessary first to determine the principle, according to which the power will be distributed: the winner-take-all approach, that is, the zero-sum game, or the division of the prize among the key players proportionally to their electoral performance. So it is important to define the model of democracy that we should aspire to. This choice will then guide further reform of the political system in Ukraine. Here we can draw inspiration from the model of power-sharing by Arend Lijphart that bases governance on compromise and cooperation and guarantees that each significant socio-political group has an influence on political decision-making.

First of all, it is necessary to create different bases of legitimacy for the president and the prime minister by ensuring that, the president is elected directly by the people while the prime minister is appointed solely by the parliament. This can be achieved by modifying the existing premier-presidential form of government. Secondly, in order to introduce the mechanisms that would help foster compromise and cooperation between political representatives of various socio-political groups, a political party that comes second in the election has to be represented in the cabinet. Thirdly, the electoral system should be modified so as to facilitate the entrance of small and medium-sized parties into parliament and thus enable different segments of society to be represented in the parliament.

The premier-presidential form of government is the best one for Ukraine, but it needs to be reformed to incorporate the principles of power-sharing, which would ensure a proportional representation of all significant socio-political groups.