Can Ukraine complete its journey from emerging to the developed world? 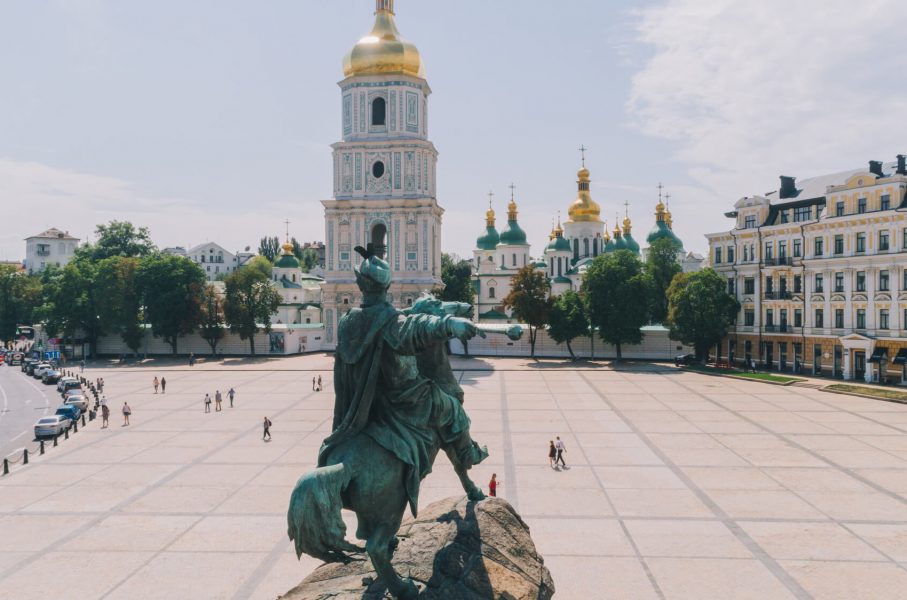 Ukraine is often described as a ‘crossroad’ or a ‘borderland’ between East and West. As such, it is believed to combine some features of both. But we would rather describe Ukraine as a blend of ‘North’ and ‘South’ in the meaning of economic models where ‘North’ denotes more technologically advanced states and ‘South’ – less developed ones.

Indeed, Ukraine combines the features – good and bad – of developed and developing countries. For example, its low birth rate, ageing population and shrinking labour force resemble the demography of developed countries. At the same time, its average life expectancy is ten years lower than in the EU, which makes reforming Ukraine’s pension system an enormous challenge.

Its growth rate of 2-3% also resembles that of developed countries – despite Ukraine’s income per capita being at levels of developing countries. Like many developed countries, Ukraine has rather generous social obligations. However, it struggles to collect taxes to finance those obligations: the level of tax evasion and capital flight is at par with developing world. Corruption and quality of governance, specifically law enforcement, resemble the ‘South’ too. Somewhat counterintuitively, high levels of corruption induce the desire for a large government and significant state interference. This desire is intensified by paternalism inherited from the Soviet Union.

Under these conditions, where can Ukraine find strength and resources for growth? One answer is to create a market for agricultural land. According to the World Bank estimates, it can provide about additional 1.5 percentage points to GDP growth annually. Moreover, this effect will be felt almost immediately.

Another ‘low hanging fruit’ is the free trade agreement with the EU. Ukraine’s exports of goods to the EU in 2018 were 19.6% higher than in 2013, and with further implementation of the agreement this trend will continue. At the same time, Ukraine should pursue signing bilateral trade agreements with other countries. Exports of products in which Ukraine has comparative advantage as well as inclusion of Ukrainian companies into global value chains will add to sustainable growth.

However, the most important factor is fostering investment. The level of gross capital formation in Ukraine recently has been about 20% of GDP. This is close to the EU level, while in developing countries this indicator is significantly higher – about 30%, and in some instances above 40% of GDP. Investment is required in all the sectors, both into physical objects such as equipment or infrastructure and into intangible assets such as knowledge and skills of both youth and adults.

To attract investment, one does not have to invent a wheel: the necessary conditions are secure property rights and a functioning law enforcement. When these are in place, development of various instruments of financial intermediation (if they are allowed by legislation) is just a matter of time. Certainly, it is advisable for governments to reduce the regulatory burden on business and lower uncertainty by being more transparent about policy formulation and building it on rules and evidence rather than short-term political gains. Then the best possible signal to foreign investors would be trust of Ukrainian businesses to their own state.

In developed countries, before making a final decision, an investor studies the law. In developing states, she looks for ‘facilitators’, ‘guarantors’ and workarounds. In Ukraine, investors probably do both. Hence, reduced need for the second type of inquiries would be a clear sign of progress.

The path from ‘South’ to ‘North’ is not an easy one. Ukraine will continue to embed the features of both developed and developing countries for quite some time. However, we would like those to be the best features – the ‘Northern’ level of law compliance and the ‘Southern’ investment rate. Then it would be possible to grow at the rate of developing countries and approach the quality of life of developed ones.