How to Kick-Start Ukraine’s Rule of Law | VoxUkraine

Establishing the rule of law is not easy.  It does not just require good legislation or well-paid judges – it requires a culture of respect for the rule of law throughout the legal system. To move Ukraine towards a rule of law requires training, mentoring, monitoring, proper remuneration and appropriate hiring and evaluation of both prosecutors and judges.

A year after Maidan a lot of reforms have taken place, but at the level of the justice department results are lacking. The Ukrainian justice system is unable to convict anybody with influence or money. There has never been a lawless state that was successful and all other economic and social reforms obtained through great sacrifices are at stake if the rule of law cannot be established quickly in Ukraine. Ukrainian civic anti-corruption organisations are painfully aware of this situation as evidenced by their public address to EU officials calling to establish a joint EU-Ukraine body with criminal investigative powers over the EU Funds. But maybe not just the EU funds should benefit from the rule of law?

The rule of law is the legal principle that law should govern a nation, as opposed to arbitrary decisions of individual government officials. Rule of law implies that every citizen is subject to the law, including lawmakers themselves. In this sense, it stands in contrast to an autocracy, dictatorship or oligarchy where the rulers are held above the law. Ukraine never really had the rule of law. During communist times being accused meant being guilty. Later this was replaced with the principle that whoever has the most money is right.

Establishing the rule of law is not easy.  It does not just require good legislation or well-paid judges – it requires a culture of respect for the rule of law throughout the legal system. To move Ukraine towards a rule of law requires training, mentoring, monitoring, proper remuneration and appropriate hiring and evaluation of both prosecutors and judges. To achieve this, the EU could, as a part of its aid to Ukraine, set up a rule of law fund that would work on improving the functioning of the justice department through several channels.

To this end the EU could use the European Judicial Training Network (EJTN) that it set up as the principal platform and promoter for the training and exchange of knowledge in the European judiciary.  EJTN represents the interests of over 160,000 European judges, prosecutors, and judicial trainers across Europe. The vision of EJTN is to help foster a common legal and judicial European culture.

Ukrainian judges, prosecutors and judicial trainers should get access to the resources of EJTN. They should get training and assistance in rule of law culture. All prosecutors and judges should retrain to qualify to continue operating as a judge or prosecutor. It should be relatively easy to extend these trainings to Ukrainian judges with an initial focus on rule of law culture rather than specific legislation.

All judges and prosecutors should provide detailed financial statements, including income and assets. Statements that don’t correspond to reality should result in a loss of all non-reported assets plus a penalty. Judges or prosecutors that cannot credibly explain where their assets came from should be fired.

In order to ensure independence and impartiality of judges and prosecutors, it is necessary to set salaries that allow them to live in dignity and reward them for their years of study and hard work. Those salary levels should be determined in advance and increase over the coming 5 years as part of a contract with the justice department to deliver the rule of law to Ukraine. During this 5 year period the EU could partially subsidize their salaries.  Efforts to establish rule of law in Ukraine should, over time, help stimulate the country’s economy.  Over time, EU subsidies would decrease as Ukraine’s increasing revenue allows it to cover the entire cost.

Getting hired to the position of judge or prosecutor should be the result of exams, and promotions should be based on exams and/or peer evaluations rather than political nominations. The establishment of these procedures and the evaluation of the compliance could be done in close collaboration with these expatriate judges. The expatriate judges could issue public recommendations in both hiring and evaluations for promotion. Annual evaluations should take place, and indisputably negative evaluations (from both national and EU monitors) should become a basis to conduct a disciplinary investigation. If such investigation reveals grounds to fire the judge, he/she should be dismissed the under the procedure prescribed by law.

The EU has different initiatives to help Ukraine migrate to the rule of law but not a comprehensive approach. Current efforts are obviously not sufficient. The most frequent fear voiced by Ukraine’s western donors is that their funds will be misappropriated. The best way to prevent this is through a working justice system.

The incentive for those in power to pursue the rule of law is very low. Once it works it is something they no longer control and this is their fear. Today oligarchs and opposition members of parliament threaten reformers with prosecution. However a working justice system will protect them from future abuse of power and thus stimulate much needed reforms. It will be very difficult to turn down a Rule of law fund and it will be hard to sabotage as through the expatriate judges and prosecutors there will be enough boots on the ground to keep it on track.

These are some of the primary tasks for the rule of law fund:

The fund should consist of about €1 billion to be spent over a period of 5 years.

It should subsidize the wages of roughly 25,000 Ukrainian judges and prosecutors. Subsidized to a salary level of on average €1,000 monthly above current extremely low wages.

In total this consists of €750 million wage subsidies over the next 4 years.

In 2014, UAH 300 Billion (€12.5 Billion) in suspicious transactions were detected in Ukraine, or 60% of the Ukrainian budget of 2015. Today there are still no convictions, no cases brought to court,  assets recovered so far only UAH 5014 or €200. If the system starts going through training, proper remuneration and follow up, it will end up paying for itself very quickly. Judicial penalties should be used first to fund the justice budget up to a pre-agreed level.

A working justice system pays for itself through less crime, higher government revenue,  and increased business activity due to improved property rights. The stakes in the success of Ukraine are high for the EU and a fund to prevent theft of donated funds also limits the requirements for EU funds.  Ukraine could be a test case for quickly developing a system based on the rule of law. The struggle between the EU and Russia over Ukraine is one of values and we should put our money where our values are.  A core difference between Russia’s autocratic capitalism and the EU’s liberal capitalism is the existence of the rule of law and that is why funding the establishment of a rule of law makes sense. 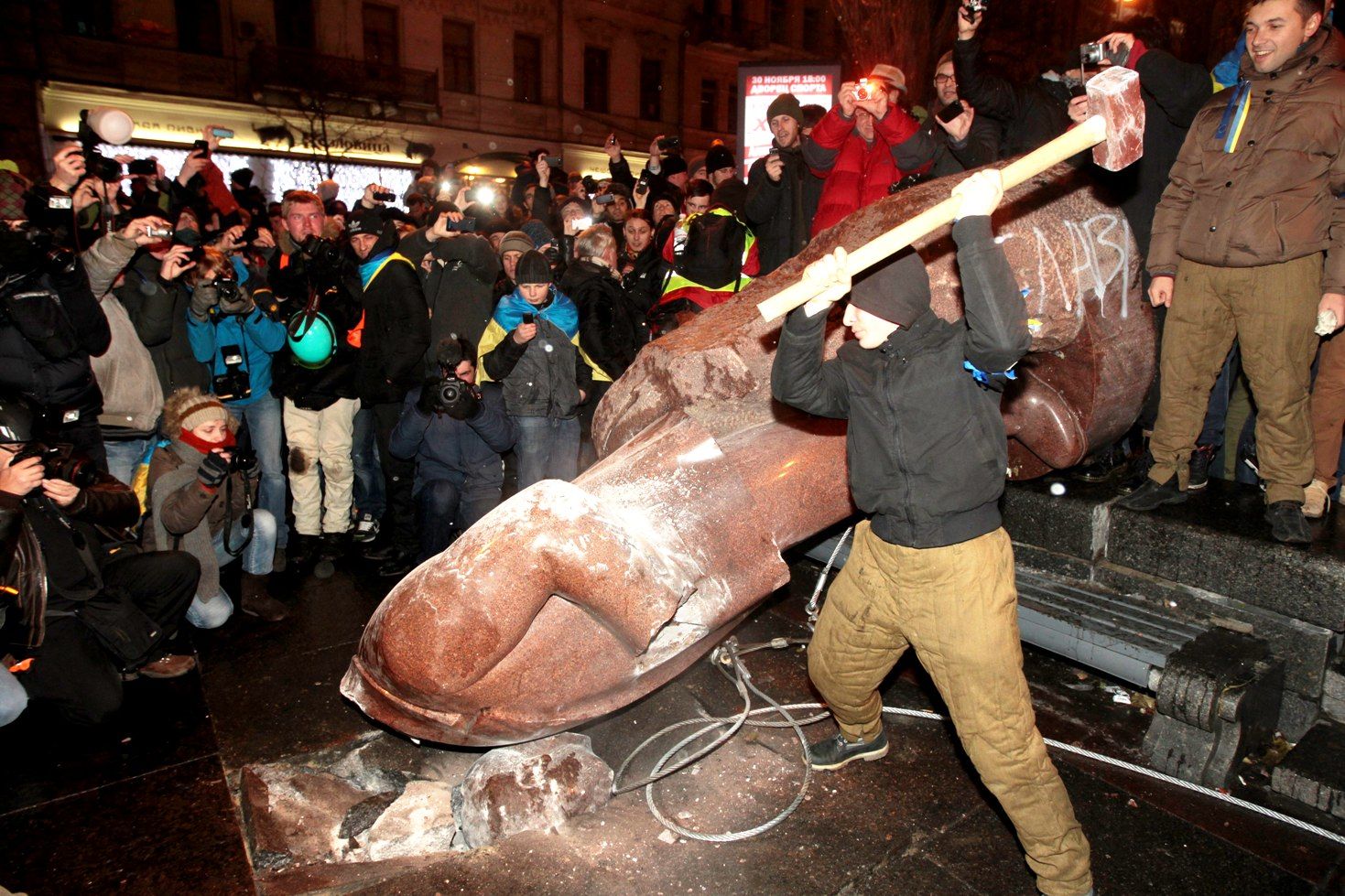 The Fight Against the Spectre of Communism