iMoRe №105. A step back in the fight against corruption and a progress in medical reform 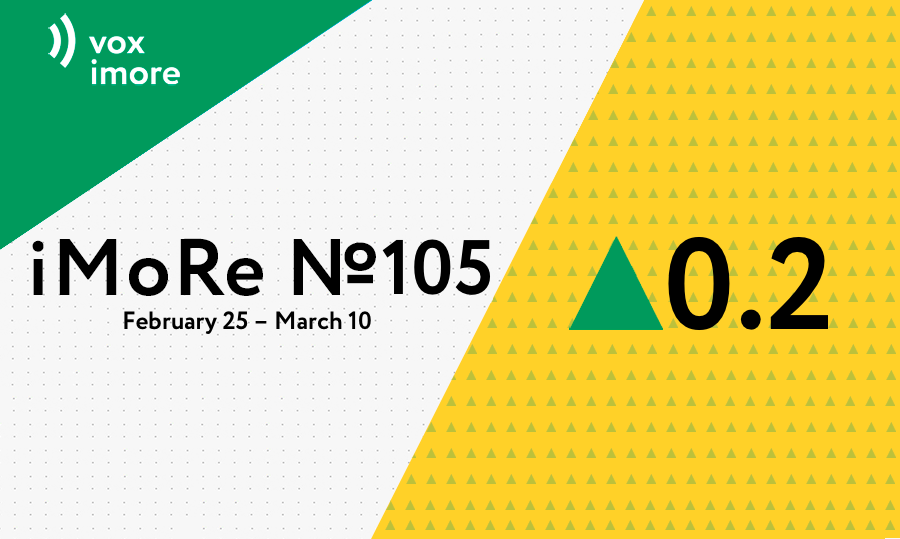 Anti-reform was recorded in this round – the criminal liability for illegal enrichment was abolished. Also, among the major events of the round is the abolition of the price regulation for medical products and the introduction of electronic prescriptions for the reimbursement of medicines. 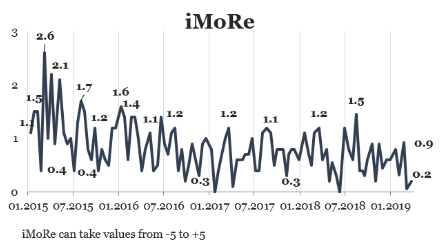 Major events of the round

The article of the Criminal Code on illegal enrichment  has been declared unconstitutional by the Constitutional Court- 3.0 points

A series of events was preceded by the introduction of criminal liability for illegal enrichment in Ukraine. In 2003, Ukraine signed and later ratified the UN Convention against Corruption in 2006. In 2010, the document came into force.

In this document, intentional illegal enrichment is defined as a significant increase in the assets of a public official that exceeds his or her legal income and can not be reasonably justified.

The Convention states that the participating countries should consider recognizing the intentional illegal enrichment as a crime, if it does not contradict their constitution and the principles of the legal system.

Criminal liability for illegal enrichment exists in 45 countries. In particular, these countries are Lithuania, Kyrgyzstan, Moldova and others.

In Ukraine, criminal liability for illegal enrichment was introduced in 2011. The Verkhovna Rada amended the article of the Criminal Code several times (368-2). In the Memorandum of the IMF of 2014, Ukraine committed itself to bring the norm of illegal enrichment in line with international recommendations (1, 2). A new version of the article appeared in a few months.

This article (2014) defines illegal enrichment as the acquisition of property, which value significantly exceeds the income of a person derived from legitimate sources. This provision should be applied to a person who is authorized to perform functions of the state or local self-government.

In 2015, the legislators again clarified the formulation and identified the illegal enrichment as the acquisition of assets at a significant amount, which legitimacy is not confirmed by any evidence.

According to the People’s Deputies, criminal liability for illegal enrichment  contradicts the following constitutional principles: protection from self-accusation, presumption of innocence, the right to a fair trial and equality of parties, the principle of legality, the principle of “non bis in idem” [a person can not be brought to legal liability twice for the same offense – ed.] and the principle of absence of retroactive force in time.

However, based on the analysis of these arguments made by the EU Consultative Mission in Ukraine, Article 368-2 of the Criminal Code is compatible with the provisions of the Constitution. In particular, it

The Constitutional Court of Ukraine disagreed with these arguments and declared the norm unconstitutional.

In total, NABU and SAP(Specialized Anti-corruption Prosecution)  investigated 65 criminal proceedings against illegal enrichment, but no suspect was held accountable. After the decision of the Constitutional Court, all cases investigated by NABU and SAP were closed. Four cases that had already been referred to the court would be closed at the nearest sessions.

The regulation of prices for medical products was canceled, +3.0 points

According to the Ministry of Health, during the procurement of medical products and equipment, hospitals often face the problems of insufficient competition at auctions. Producers were unprofitable to take part in public procurement, since the maximum 10% increase does not cover all expenses for import and clearance of goods, costs for service, guarantee and after-sales service. This pushed them to refuse to participate in state auctions, which led to a monopoly. The sale of certain goods was carried out semi-legal.

On March 13, 2019 the Government’s decision to abolish 10% marginal supply and sales markup for medical products came into force. It is expected that this will allow to expand the range of foreign intermediaries, and increase competition. As a result, prices for medical materials, tools, implants and equipment may either increase or fall. Increase – because there will be a bigger margin and go down – because of higher competition. However, this will allow hospitals to purchase the necessary equipment and medicines.