The regulation of educational districts and hub educational institutions are the main events of this round.

Chart 1. Dynamics of the Index of Monitoring Reforms (iMoRe) 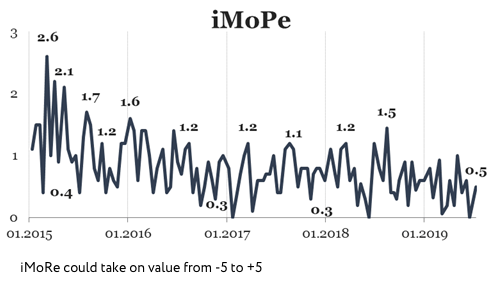 Chart 2. The value of iMoRe and its components in the current round of evaluation

Event of the round

Educational networks were established in most settlements before the 1990s. Schools, kindergartens, community centers, and libraries were built according to the needs of the time. However, thirty years later the situation changed significantly in terms of demography, educational approaches, administrative development of communities etc. Therefore, local authorities need some new tools to organize the education and development of children in their communities.

Educational districts and hub schools are among these tools. By an Inaction #532 of June 19, 2019 , the Cabinet of Ministers resolved a number of issues of their organization and functioning.

The Decentralization Reform (2015) gave local authorities the legal power to solve independently the problems of school education organizing, care and education in kindergartens, technical vocational education, cultural and sport development in its communities.

At the same time, this Reform spotted the bottlenecks of existing educational networks, that often fail to meet the needs of the real inhabitants as well as the demands of time. Since 1990, the demographic situation in the country has changed significantly. According to the official State Statistics Service, the number of children under 15 years has decreased by 42% (from 12 to 7 million) since 1990. In many villages and small towns, the number of children has declined substantially, while in other communities local authorities face problems of overcrowded schools and kindergartens.

Schools like this suffer from various problems both in terms of education quality and the education cost. There is usually a single teacher to teach many subjects, while children have limited opportunities for communication with children of the same age and socialization.

At the same time, in such schools, expenditures per child are very high, because it is necessary to maintain a building, heat it, pay salaries to administrative staff etc. Needless to say there are problems with modern equipment, such as laboratories for practice in chemistry, physics, biology, interactive boards, computers, and projectors. The cost of training 1 student in such schools in 2018 amounted to 58 thousand UAH, while the average cost per country is 15 thousand UAH.

One of them is the law on educational districts. It appeared back in 2010 (1 and 2), but was not claimed before the beginning of the decentralization reform. When communities began to apply these norms in practice, it proved to be insufficient. For this reason the Ministry of Education refined some approaches several times (1, 2, 3).

One of the problems that was not regulated clearly was the possibility to establish and support schools cooperatives by several Regional territorial communities (RTC) or by regional authority and RTC. Although earlier legislation allowed this, local regional authorities lacked clear rules for making their decisions.

These rules are defined by the new regulation on the educational district and a hub educational institution. It would allow organizing the schooling of children from different RTC in a single hub school, if it is rational from the point of view of their transportation and financing.

“The mission and the main goal of decentralization, which is to empower local authorities to make independent decisions, is a right decision, but in today’s realities, united territorial communities need maximum support.

The expectation of local authorities to receive some very detailed instructions “from Kyiv”, is becoming obsolete, however, it could not happen all at once, while there is an urgent need for change. Therefore, the adoption of the regulation on the educational district should help in the difficult but very necessary process of optimizing the school system.

The creation of educational districts (consisting of a large and well-equipped school hub and sub-schools of a lower degree) would, first of all, ensure equal access to quality education for children from rural areas or small towns.

Unfortunately, an equal access is often understood too literally, as a short walking distance of a school for a child. An honest look on the children’s schooling outcomes from uncomplete schools indicates the opposite. With the ability to walk to school, children lack essential experience: they have no chance to develop so-called “soft” skills (communication with children of the same age, public speaking, teamwork etc.), they do not receive the knowledge of the proper quality (in such schools one teacher often gives chasses of various subjects, being less motivated and having not enough time for developing their professional competencies), the study conditions are as well generally worse (from the lack of equipped cabinets, for example, chemistry and physics, to unsanitary conditions in the toilet rooms, fungus on the ceiling etc.).

Creating educational districts and optimizing the school system would allow the community to spend the budget more efficiently (the cost of teaching one pupil in a small school is significantly higher than in a hub school). And although it doesn’t necessarily means saving funds (establishing educational districts requires transportation, improving the equipment of school hubs etc.), but it definitely means empowerment aimed at development and self-realization for every child.

Problems with the creation of educational districts appear when local authorities make decisions with no proper communication with the community, not explaining their decisions and not providing any support.

There are practically no roadblocks in such communities that managed to act together with stakeholders, run an information campaign for parents and children (we are talking about such a simple but effective activities as tours and demonstration lessons in a hub school before optimization, joint summer camps to bring together children from different schools etc.), help with the employment of those who lose their job because of optimization. Undoubtedly, it is a great deal of work and exceptions prove the rule (small, but very good schools, and, for example, communities where all the schools are equally bad and it’s difficult to decide which of them should be converted into a hub). Education must bring up a fully developed, competent and self-confident personality, and it is impossible without creating a capable educational system in all communities.”

Chart 3. Events that determine the value of an index, the valuation of an event is the sum of its estimates of its components, so it can exceed +5, or be less than -5

Table 1. Evaluation of all events and reforms progress by areas

Chart 4. The value of individual components of the Index and the number of events

For more information about Index and methodology of estimation please visit our web-site imorevox.org.