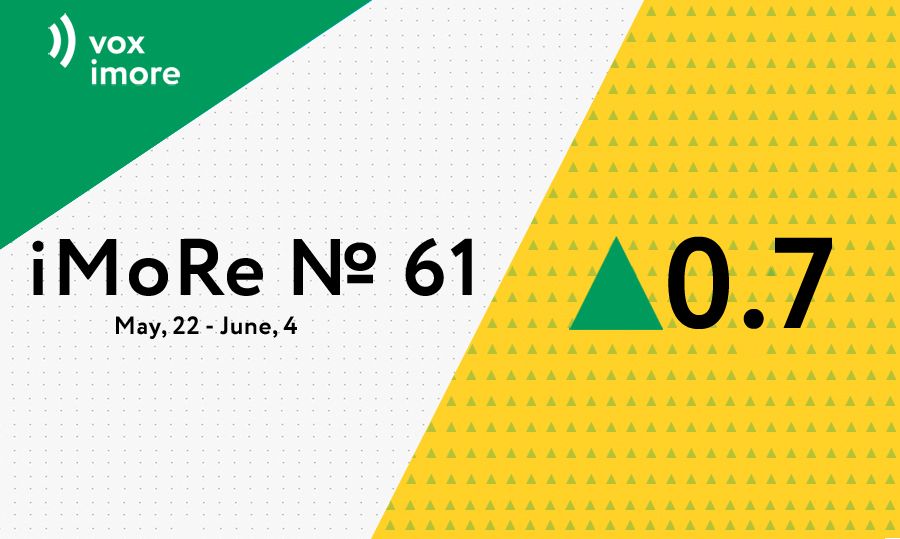 Index of Reform Monitoring (iMoRe) remains stably low for a fourth round in a row. Its value reached +0.7 on a range of -5.0 to +5.0 during the period of May, 22th – June, 4th 2017 (during the previous round index was also equal to +0.7). Positive changes took place in the governance sphere, monetary sector and business environment. There was no progress in the reforms of public finance  and energy sector.

The most important events of this round included – the law on the mandatory buyout and sale of shares and a decree on water bodies.

Top reforms of this issue

1. The law on the mandatory buyout and sale of shares +2,8 points

This regulation is necessary because minority shareholders in fact do not have any leverage on company activities, while the liquidity of their shares decreases.

Sqeeze-out Law (as we call it) is a part of the corporate governance reform, together with the law on corporate contracts, which has already been passed  and a Bill on Limited Liability Companies). It lays a foundation for the civilised relations inside the stock companies.

Such procedure allows to combat the negative consequences of privatisation, which took place in the 1990s and resulted in the increased number of shareholders, many of whom only own a hundredth of percent of a share. They are not actually involved in the corporate governance and do not have any influence on the activities of the companies, while receiving dividends.

The law has simplified squeeze-out and sell-out procedures and cut costs on such procedures.

This way minority shareholder will not have to participate in shareholders’ meetings, open bank account for securities and face extra costs related to the buyout of his shares, he would only receive notification about the start of the buyout procedure and would be able to receive his compensation on his escrow account.

The law envisages the foundation of the following mechanisms of corporate governance in Ukraine:

1. Squeeze-out mechanism envisages the right of the shareholder, who (directly or indirectly, individually or together with other related parties) is an owner of the dominant controlling share (95% of shares), to a mandatory buyout of the shares of other shareholders.

The price of such buyout would equal to the highest price this shareholder paid for shares in the last 12 months or to the market price, given by the independent evaluator (whichever price is the highest).

If the shareholder already owns the dominant share, he retains the right to a squeeze-out for 2 years after the law is enacted, however the price is to be established by an independent evaluator.

In both cases the minority shareholders receive compensation on the special escrow account in any bank.

2. Sell-out mechanism envisages the right of minority shareholder (less than 5%) to mandatory sell his shares to the shareholder, who owns 95% of shares.

The price of such sale is equal to the highest price paid by a majority shareholder for shares in the last 12 months or to the market price, given by the independent evaluator (whichever price is the highest).

The method of payment is to be agreed by both sides.

The price of sale is equal to the highest price paid by a majority shareholder for shares in the last 12 months or to the market price, given by the independent evaluator (whichever price is the highest).

The method of payment is to be agreed by both sides.

5. Regulation optionality for LLCs increases, now the qualified majority of shareholders (75%)  is able to identify the different range of issues, deviating from the mandatory provisions of the law. Those shareholders, who oppose such decision would be able to exit the company by selling their shares for market price.

6. New form of bank account is established (ESCROW account). The owner of such account names another party as a beneficiary of this account, who under certain circumstances receives a right to the funds in the ESCROW account. Such account increases the number of opportunities available to parties for payments under contracts.

— Maksym Libanov, The National Commission on Securities and Stock Market

The existence of a mandatory buyout and sale of shares after certain threshold level of share ownership is a common practice in the countries with developed stock markets. Squeeze-out allows the owners of a Stock Company to buy shares from shareholders,who do not have any influence on the company activities, however the company faces considerable expenses to notify such shareholders about general meetings, dividend payments, etc.

However, from the stock market perspective, the short-term consequence of such law would be the decrease in the number of shares in the free circulation.

The law has three large parts, which are important for changes in business: introduction of escrow accounts, changes concerning the order of pledge money in bank accounts and the buyout of shares of minority shareholders.

Finally, conditional deposit accounts (escrow), which are used all over the world for selling businesses and other assets, have been recognized in Ukraine. Bank checks the fullfilment of the conditions, to which both parties agreed ( for example, to change the ownership of the shares). If the conditions are fulfilled, bank transfers the funds, deposited by the buyer to the seller, otherwise funds are returned to the buyer.

This way, lawmakers have removed one of the main barriers, which together with exchange rate risks, limits on capital withdrawal, etc. led even honest shareholders, who were prepared to pay taxes, to register the sale of large business outside Ukraine.

The usage of pledge money on bank accounts has been increased. Previously it was only possible to establish this kind of provision in favor of bank, where the account was opened. Now, this instrument can be used by other creditors, such as foreign banks, financial institutions and other counteragents. 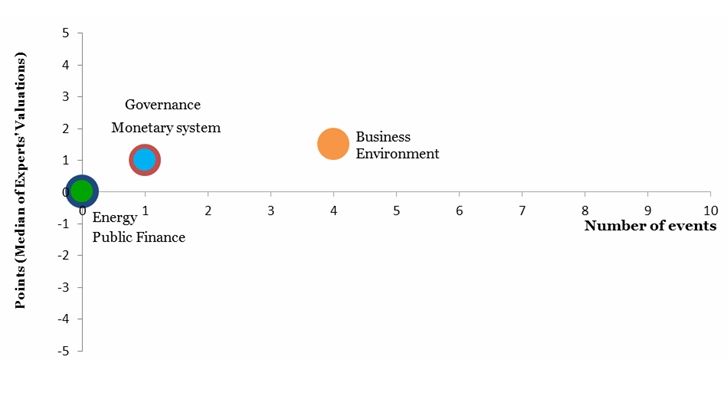 2. The Decree on the Record of Water Objects, +1.5 points

According to the Water Code, surface waters are natural water reservoirs (lakes), watercourses (rivers, streams), artificial water reservoirs (ponds) and other water objects. The record of such objects has to be made in the State Water Cadastre, however it is currently absent.

Decree №372 from 31.05.2017 defines how the record of surface waters shall be made and the powers of State Agency of Water Resources, concerning such record.

During the implementation of Water Framework Directive, Ukraine had to create a record of surface water objects. Our country faced a paradoxical situation: we do not know precisely the volume of water reservoirs, total number of such reservoirs (especially rivers and small ponds and lakes), quality of the water, etc. Due to the absence of the basic information,we cannot make strategic decisions about the development of the national economy and fishing industry in particular.

In recent years, Ukrainian aquaculture suffers from lack of water, especially in summer. This leads to the reduction in production of fish, water reservoirs are being ruined without water, waterlogging takes place and there is excess vegetation. This is why fishery community fully supports establishing of record of surface waters. Introduction of state cadastre of water resources would create a foundation for rational usage of water resources (including for aquaculture), would allow to create a record of rivers as main sources of water for fishery and technological reservoirs.

Moreover, state water cadastre will be created on the basis of State Land Cadastre. This would allow to integrate water resources and land into one record, which in our opinion would simplify the rent of water objects.

Index for Monitoring Reforms (iMoRe) from VoxUkraine aims to provide a comprehensive assessment of reform efforts by Ukraine’s authorities. The Index is based on expert assessments of changes in the regulatory environment in five areas: