There weren’t any other reformist legislative changes made, except the launching of a pension reform. 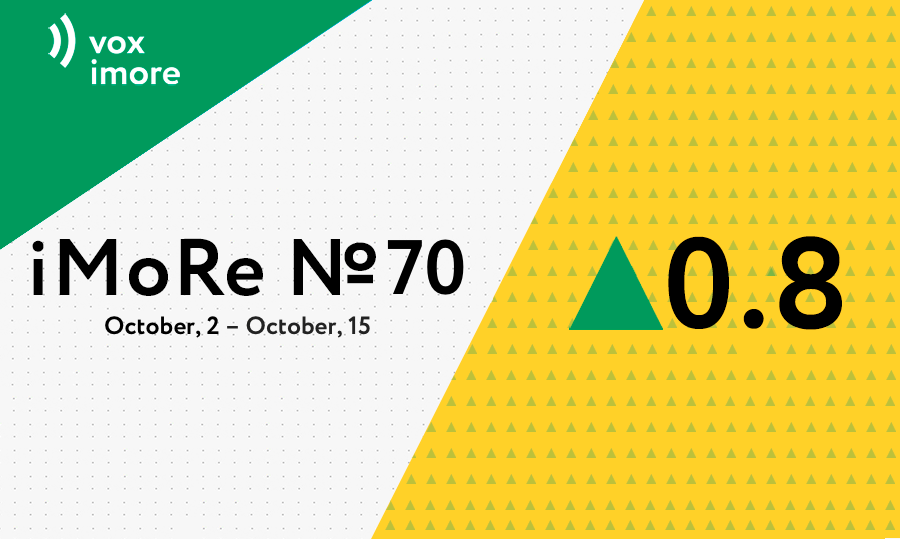 The index for monitoring of reforms (iMoRe) is +0.8 points on a scale of  -5.0 to +5.0 for the period from October 2 – October 15 , 2017 (+0.8 in the previous round). Certain positive developments were recorded in legislation regarding public finance and the monetary system. In particular, an important law was adopted that launched a pension reform. But the level of iMoRe remained low, as there were no reformist legislative changes affecting governance, the business environment and the energy sector.

The pension system of Ukraine needed changes since it was unfair and nonviable in the long run. In recent years, transfers from the state budget to the Pension Fund amounted to 5-6% of GDP. At the same time, only 1 pensioner falls to 1 employee who regularly pays contributions to the Pension Fund. To a large extent, this is due to illegal employment – according to the Ministry of Social Policy, employers pay contributions only for 75% of the employed population, and 25% – work in the shadow economy.

The existing pension system was extremely unfair, with 68% of pensioners receiving a minimum pension. The size of pensions did not actually depend on the total years of employment and the insurance contributions is paid by individuals on earnings. The pension depended on the year of retirement. In addition, there were about 20 categories of “special” pensions (civil servants, academics, prosecutors, judges, deputies, etc.). For such employees, the size of pensions was calculated according to different rules and was higher than average.

Law # 2148-VIII amended the pension legislation, which changed the system of pension accrual. Most importantly, new retirement rules, depending on length of service, which are the same for all, have been introduced. The exception is a small number of harmful occupations. In addition, the coefficients in the formula for calculating pensions that reduce the level of substitution have been changed (a person will receive a pension based on the proportion of income during working activity), special pensions for future pensioners have been canceled, the so-called, “modernization of pensions” has been implemented etc. The law also obliges the Cabinet to take measures to introduce the second level of the pension system (compulsory savings) since 2019.

In the government version of the law, the fund has to become deficient until 2024. However, after the amendments made in the parliament, the forecast deficit figures may change.