The main events of the round are laws on the “single window” at the customs and on transparency in the extractive industries. 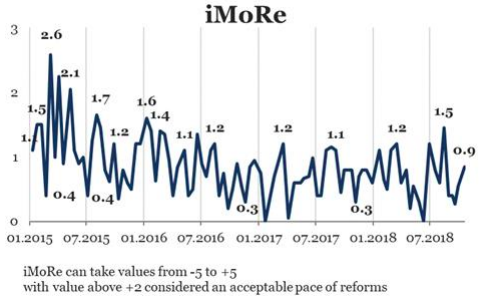 The major events of the round

The government began to introduce a “single window” at the customs in 2016. Governmental Decree No. 364 dated 25.05.2016 provided for the introduction of an electronic information system of the customs, which united all types of controls at the import and export of goods (customs, sanitary-epidemiological, veterinary, phytosanitary, ecological, radiological, etc.). It was expected that such changes would simplify customs procedures and significantly reduce the time for their conduct.

However, the benefits of the “single window” remained limited. The procedure was slow, since the provisions of the Regulation were not always consistent with the current legislation. Therefore, companies were sometimes quicker to go through all cabinets themselves, rather than taking advantage of the “single window”. In particular, companies often had to submit not only scanned copies of documents (as provided for by the CMU Resolution), but also in paper form.

In fact, the main purpose of creating a “single window” mechanism has never been achieved. There was no significant simplification of procedures and time shortening on customs clearance of goods. To change the rules and procedures it was necessary to change the law.

Law 2530-VIII of 06.09.2018 amends the Customs Code of Ukraine and several laws to further simplify the regulation of export-import transactions and adjustment of the norms of various legislative acts. The implementation of these norms provides for implementation of a number of international legal obligations of Ukraine within the framework of the WTO.

Within the next 3 months, the Cabinet of Ministers needs to bring its normative acts in compliance with this law, and within 6 months – to finalize the necessary software for a unified information system of revenue and fee bodies, risk management systems, customs clearance system and create a single state information web portal ” Single window for international trade “.

The Law on Transparency in Extractive Industries, +2.0 points

The Extractive Industries Transparency Initiative (EITI) is an international standard that provides for the disclosure of status in the extractive sector of the state. Currently, 51 countries of the world are implementing this Standard.

In September 2009, the Cabinet of Ministers approved Resolution No. 1098 on joining of Ukraine to this initiative. In June 2015, Parliament adopted a law on transparency in the extractive industries. It obliged oil and gas companies and state authorities to report on paid or received national and local taxes and fees, other payments, and provide data on activities related to the extraction of minerals. For several years now, the Transparency Report in the Extractive Industries has been published within this initiative.

The publication of reports has shown that the information that is being published by companies is not enough to assess the state and prospects of the industry. The need to publish more detailed information on the payments made by the company, the volumes of oil, gas and other minerals extraction became clear.