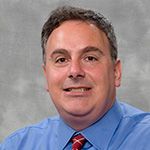 Andrew Levin is a professor of economics at Dartmouth College. Dr. Levin received his Ph.D. in economics
from Stanford University in 1989. He worked as an economist at the Federal Reserve Board for two decades,
including two years as a special adviser to Chairman Ben Bernanke and Vice Chair Janet Yellen on monetary
policy strategy and communications (2010-2012). Dr. Levin subsequently served as an adviser in the research
department at the International Monetary Fund, and he joined the Dartmouth faculty in July 2015. Dr. Levin
has had extensive interactions with many other central banks across the globe: He served as a consultant to
the European Central Bank’s inflation persistence network and to the Bank of Canada’s external review of
research, he was a co-editor of the International Journal of Central Banking, he has been a visiting scholar
at the Bank of Japan and the Dutch National Bank, and he has provided technical assistance to the national
banks of Albania and Macedonia, and most recently, the Bank of Ghana. His research has been published in
leading economic journals, including the American Economic Review, the Journal of the European Economic
Association, the Journal of Monetary Economics, and the Journal of Econometrics.