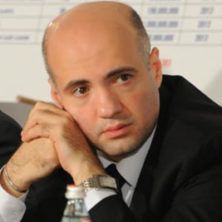 Dimitri Gvindadze served as Minister of Finance of Georgia in 2011-2012. He contributed to the return of Georgia’s economy to the growth path after the global economic crisis of 2008 and 2009 and helped to secure upgrades of the sovereign credit rating. Dimitri then worked as first deputy CEO at the Partnership Fund (sovereign private equity fund of Georgia) and as director of the National Investment Agency, coordinating elaboration of an outside-in perspective on Georgia’s investment potential, including validation of flagship sectors and projects for the FDI push strategy. Mr. Gvindadze is now a Lead Economist at the European Bank of Reconstruction and Development.
Dimitri holds MPA/ID degree from Harvard’s Kennedy School of Government and MS degree in engineering (highest honour) from the Georgian Technical University. 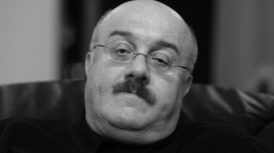 In memory of Kakha Bendukidze