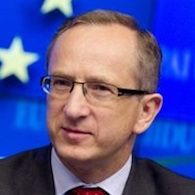 The former Head of the EU Delegation to Ukraine
Received a degree in the German language and history at the Jagiellonian University. In 1990 he started a meteoric career in the Prague embassy and in 1995 headed the diplomatic mission to Ljubljana as a plenipotentiary ambassador. A year later he became the Polish ambassador to Bosnia and Herzegovina. From 1998 to 2001 was the councilor of Foreign Minister for European countries and director of the European department in the government headed by Jerzy Buzek. For six years (from 2001 to 2007) he headed the Polish embassy in France. After that he was appointed the Permanent Representative of Poland in the EU. He is the author of several historical books such as Hitler and the Swiss Neutrality 1933-35, Debate on the Project of the European Union in the League of Nations, Austria and European Integration 1926-32, and others. 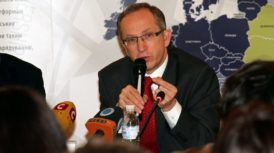 Jan Tombiński: Europe Needs Ukraine to Understand its Own Destiny