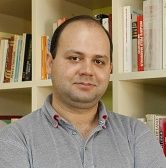 Assistant Professor of Political Science at New York University-Abu Dhabi
A.B. Harvard University; M.Phil. University of Oxford; Ph.D. Yale University
Leonid Peisakhin’s research interests include the study of political identities, historical legacies, post-conflict reconciliation, and the politics of Russia, Ukraine, and Eastern Europe. His research examines how political identities and persistent patterns of political behavior are created and manipulated by the state. He studies the cultural legacies of historical political institutions and the longue durée legacy of state-sponsored violence.

Currently, he is finishing a book project on persistence of imperial-era political identities in Ukraine, some of which are at the root of the ongoing conflict over Ukraine’s statehood and future political trajectory 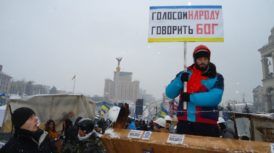