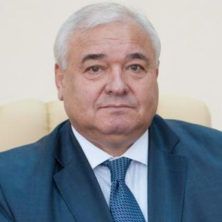 Head of Department of International Finance in Kiev National Economic University named after Vadym Hetman
In 1980 he graduated from the Kyiv Institute of National Economy, gained qualification of economist. In 1999 he defended his doctoral thesis on “Creating a system of the securities market regulation in Ukraine (methodology and organization)” in Kiev National Economic University named after Vadym Hetman. He worked in the positions of dean of the faculty of international economic relations, international economics and law, head of department of international finance. Doctor of Economics, professor, academician of the International Slavjansk Academy of Sciences.
During 9 years (from 1995) served as Chairman of the State  Securities and Stock Market Commission. From October 2004 to February 2005 – Advisor to the First Vice Prime Minister of Ukraine. From October 2008 to March 2009 served as a member of the State Commission for Regulation of Markets for Financial Services  of Ukraine – the director of the Department supervision of credit institutions.
Teaches discipline: Stock market 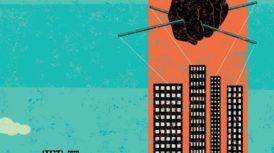 The Potential of Using “Self-Interest” in Solving Social Problems