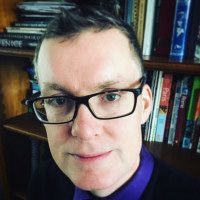 Associate Professor in Russian Government at The University of Oxford.

Joined the School of Interdisciplinary Area Studies (SIAS) in 2005 after a three-year appointment in Politics at Pembroke College, Oxford.  Hold a joint post with the Department of Politics and International Relations.  Studied at Leeds University, was a British Academy Postdoctoral Research Fellow at Oxford, and have taught at the Universities of Leeds, York, East London, Royal Holloway and Essex.
His research interests include the study of Russian legislative and party politics.  Parliamentary studies developments in other post-Soviet countries, too. Currently involved in a three-year, ESRC-funded, cross-regional research project on the tools that presidents use to build legislative coalitions in emerging democracies.