Will the Denunciation of Cyprus Treaty Save Ukraine from Default?

One of the key measures in addressing tax avoidance by large corporations in Ukraine that the government announced is denunciation of double tax treaty with Cyprus. Will it really help Ukraine to generate much needed tax revenue? 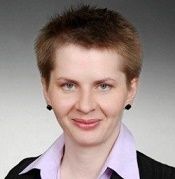 One of the key measures in addressing tax avoidance by large corporations in Ukraine that the government announced is denunciation of double tax treaty with Cyprus. Is it a populist idea with limited substance? Or will it really help Ukraine to generate much needed tax revenue?

The key claims of the government in support of the measure are the following. First, a Cypriot company may sell any assets, shares and other property in Ukraine without paying any tax either in Ukraine or Cyprus. Second, Cyprus double tax treaty is unusually favourable. In particular, tax rates are lower than rates in other double tax treaties (the “DTT”) and in other states of EU. Third, Cyprus DTT results in losses to Ukraine in the amount of UAH 6 billion per year, and the treaty revocation will allow channelling these amounts to Ukrainian budget.

It is true that Cyprus is the largest source of foreign direct investment for Ukraine. Cyprus’s 31% of all FDI into Ukraine is a clear sign that investments are channelled through the country rather than originate in it. The reasons obviously include tax advantages Cyprus offers (though they are not as high as many believe, because certain types of income exempt from income tax are subject to special defense contribution, which is rather high). Equally importantly, though, are flexibility of Cyprus legislation (particularly corporate), generally based on English law preferred for commercial transactions worldwide , cheap services related to having a company, and certain reluctance of Cyprus authorities to share sensitive information with post-Soviet states.

Some of the savings achieved through using Cyprus, particularly due to harmful tax practices, Ukrainian government would rightfully want to tax in Ukraine. It is true that the governmental measure may help generate revenue for the state in the short run. But this is not sustainable. Moreover, Ukraine may end up losing tax revenue, as outlined below. The key misconceptions about operation of DTTs that, it may seem, the proposal on denunciation of the treaty is based on are addressed below:

Despite the above, the Cyprus treaty denunciation has understandable appeal. Cyprus regime is preferential, and significant tax and other savings are achieved through this. Thus, some may believe it is unfair to forgive large business hiding profits away from Ukraine.

However, the principal policy consideration should be not to achieve justice (everybody should bear the same tax burden) by taking tax savings from people we do not like (such as oligarchs). Instead, any suggested measure should be programmatic – namely, generating more tax revenue for Ukraine, while minimizing overall tax burden of business – the more business keeps, the more it invests or spends, preferably in Ukraine, both of which is good for the economy.

The suggested measure does not seem to pass the test. To tackle tax avoidance, which is of crucial importance for Ukraine, one may consider standard solutions, such as transfer pricing, controlled foreign companies rules, thin capitalization rules, rules on treatment of inter-group financing, general anti-avoidance measures, limitation on tax benefits and other anti-treaty abuse measures, not all of which is properly implemented in Ukraine. Initiatives in some of these areas are a more important part of the tax reform package proposed by the government.

As for the Cyprus treaty denunciation, it is best used as a threat, to motivate Cyprus to proper exchange of information – an area in which Cyprus is notoriously lacking – and signing with Ukraine of information exchange agreement.