Land Moratorium: Guess who benefits from the status quo?

The success of land reforms would define how much land is available for agricultural production, who has access to land, how productively and sustainably the land is used, and, finally, what is the cost of using Ukrainian agricultural land 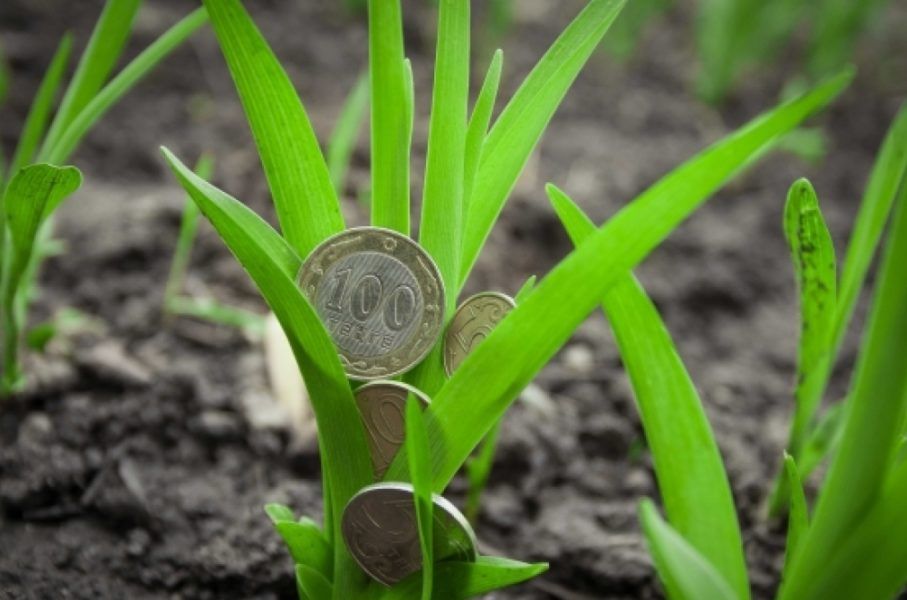 It is a common understanding that agriculture is in the list of top prioritized industries in Ukraine (see a recent post by Oleksandr Zholud  forhighlights). However, one would not find in the media and among the policy debate much attention to land, the factor that contributes more than 50% of the value of agricultural product. If land is used effectively and sustainably, agriculture might become a solid base for long-term development for the country and its rural areas. Thus, the question is to set new “rules of game” for agricultural land use.

The success of land reforms would define how much land is available for agricultural production, who has access to land, how productively and sustainably the land is used, and, finally, what is the cost of using Ukrainian agricultural land. All these issues are related to the quality of land governance and functionality of the land market.

Ukraine is one of the few countries in the world with abundant resources of fertile agricultural land. With about 69% of its population living in urban areas, urban settlements and industrial sites occupy only about 4% of Ukrainian territory, while agricultural land corresponds to about 71% of Ukrainian territory (Figure 1). Furthermore, out of 41.5 mln ha of agricultural land more than 36 mln ha are currently cultivated by households and agricultural enterprises (including state owned). About 22 mln ha are used by agricultural enterprises, of which about 95% (19.2 mln ha) is rented primarily from individual smallholders. Most of such smallholders received land parcels of about 4-5 ha during the privatization as shares of former state or collective farms (paiy) during 1990s. However, the property rights of Ukrainian landowners are limited: they cannot buy or sell their land parcels. Since 2001, Ukraine has a ban on sales of agricultural land (moratorium). This moratorium has preserved the fragmented post-privatization land distribution and the primary way to re-distribute land among the land users (agricultural producers) is the rental market.

Is it a good policy to establish the sales market for agricultural land and lift the moratorium? Who benefits from the introduction of the sales market vs. preserving the status quo (rental market)? There are many arguments on each side of the land market debate. In order to sort them out we propose to answer two key questions: Who will benefit from each of these scenarios and how productive Ukrainian agriculture is expected to be in each case.

First of all, the rental market has a number of important benefits. It ensures relatively low entry and exit barriers for agricultural producers, as they do not have to invest in acquisition of land banks. As a result, the rental market stimulates competition and productivity growth as was shown by Deininger, Nizalov and Singh (2013). It also provides enough flexibility for adjustments, making land de facto a variable production factor, which also contributes to efficiency. 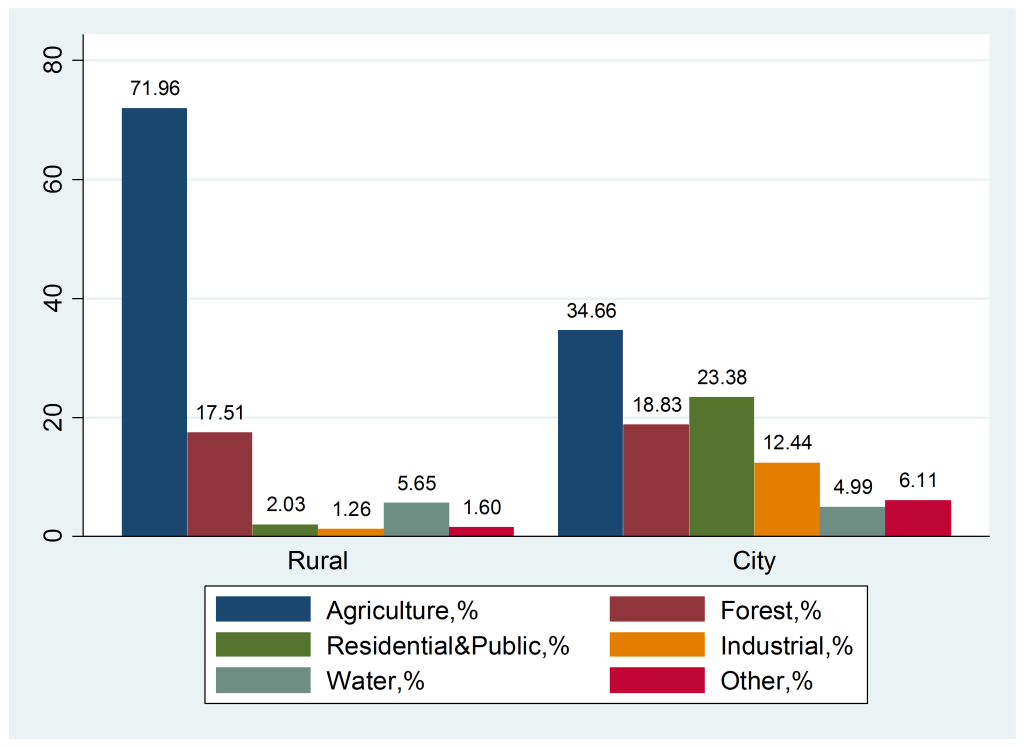 However, the ban on the land sales preserves the fragmentation of ownership that Ukraine has after land privatization. As a result, the land market is facing relatively high transaction cost. Out of 6.8 mln privately owned land parcels, the rental agreements are signed or extended every year on 4.7 mln of them (State Agency for Land Resources), which is about 90% of all land on the rental market. According to the State Statistics, about 75% of land is cultivated by farms above 1,000 ha. That means that each relatively large farm has to process at least 200 land lease agreements and extend them on a regular base. If we assume that all parties in public and private sector spend jointly one working day per rental contract and valuate this time with the average wage, Ukraine is wasting more than 90 mln USD every year on rental market transactions. This transaction cost is paid both by private sector that has to keep separate staff for managing hundreds and thousands of rental agreements, and by the public sector that maintains an army of registry officers. This cost can be reduced considerably if the average size of land parcels increase and match closer to the cultivation units, fields of 10 to 50 hectares.

Another issue with fragmented ownership and related high transaction cost is that each individual landowner possesses a relatively low bargaining power when negotiating the rental price. The resulted relatively low rent rate (about 75 USD per ha in 2013 according to the State Agency for Land Resources) is way below the marginal contribution of land to the value of output. The estimates that are based on the State Statistics data show that rental payment is equivalent to13% of output value, while the marginal contribution is above 50% (250-300 USD per ha). Such distortion to the factor market is known in the literature as the effective bargaining. In Ukrainian case, the difference between the value and price goes to agricultural producers subsidizing relatively inefficient production technologies. However, low rent rate could be also interpreted as an advantage of ban system because relatively low rental price of land may stimulate the demand by agricultural producers.

Moreover, rental payment is an important contribution to the welfare of rural residents. Currently, most of the private agricultural land belongs to local residents (Figure 2), among which retirees have a large share (e.g. about 53% of rental agreements are issued by retirees). The annual rent for an average plot is about 300 USD which. It is close to 2 month of average pension payments in rural area. Thus, improvements in bargaining power of landowners and higher land rental prices would contribute to rural development and poverty reduction (if restrictions to ownership by rural residents will be preserved). 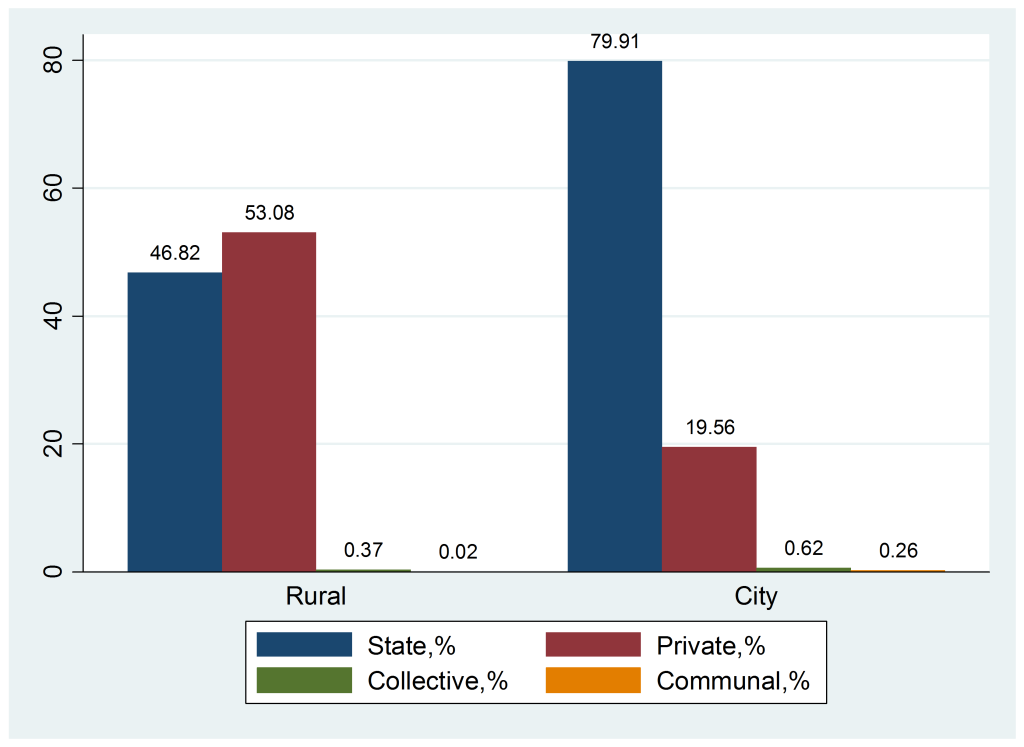 The other consequence of the ban is the risk to investments. Tenants and landowners have to face uncertainty of land market rules after the ban is lifted, and do not know if they would have access to the same land plots. Because of this uncertainty, the landowners are hesitant to sign long-term leases (the average length on lease agreement is about 5 years). Consequently, the producers have disincentive to invest in land quality and productivity enhancing technologies (perennial crops, irrigation, storages, etc.) As a result, we observe underdevelopment of high value added agricultural products and the dominance of annual commodity crops.

Finally, without an opportunity to sell land, numerous private land parcels do not have clearly identified boundaries or titles as their owners passed away or have no incentives to take care of the legal status of their land. Such situation adds to the shadow land use and underutilization of land resources. Moreover, without an opportunity to sell, land cannot be used as collateral limiting access to capital for small agricultural producers.

To summarize, the current ban benefits large producers and relatively inefficient farms. However, the benefits are offset by high transaction costs and uncertainties. Among important beneficiaries are the intermediaries in the state and private sectors who maintain the rental transactions. Also, the land moratorium issue destructs attention from several more important matters related to shadow land market and corruption (as presented by Figure 2, a much larger share of land belongs to the state. How efficiently and transparently are these resources used?) Among the losers of the current ban are the small agricultural producers and landowners.

However, the distribution of benefits of the land market introduction would depend on the specific conditions of the market and the way the market is introduced. For example, many experts remember an attempt to introduce an over-restrictive land market in 2012, when the consensus was to preserve the status quo as less destructive. Among the important conditions of the market are the following: (i) who has the right to buy (individuals vs. legal entities vs. foreigners), (ii) whether sales are allowed to local residents only, (iii) whether neighbors or tenants or local government have the pre-emptive right (priority) to buy, (iv) whether the restrictions by size apply. As these market conditions have important implications for the welfare distribution, they need to be carefully designed and eventually removed as the land market evolves. Gradual introduction of the land market with pilot testing and corresponding information campaign could result in effective use of land resources and welfare growth.

Finally, the implications of the moratorium lifting for the productivity of agricultural sector may be relatively small in the short run as the rental market already provides for relatively effective land distribution among the producers. However, in the long run, as the rental prices grow, only more productive users remain in the sector. Indirect productivity effects will also come through credit and other input markets. This longer-run horizon for the benefits of moratorium lifting can explain the reason, why this issue is not high enough on the policy agenda. Nevertheless, the land market need to be introduced now. If not, Ukraine will keep losing opportunities for investments and productivity growth in agriculture and will preserve degradation of rural areas.

There are many other issues related to the land governance that could bring large short run benefits. Among them is a transparent use of state and communal land, simplification of land registration procedures and reduction of land transaction costs. Such issues should not be overshadowed by the issue of moratorium lifting and will be discussed in the posts to follow.