Presentation of Strategy-2020 for Ukraine. Impressions and reflections

The presentation of the Reform Strategy-2020 for Ukraine by Dmytro Shymkiv, Deputy Head of the Presidential Administration, on September 29th, 2014 has left me with the mixed feelings.

On the one hand, it is good that the Ukrainian officials are thinking about strategic issues and forming a vision for the future. On the other hand, I would not call a two-page leaflet “a strategy”. Mr. Shymkiv mentioned that there is an extended version of this document. However, it is not published since it is “under discussion”. Why this raw version cannot be published to invite a broader discussion, is not quite clear.

The first page of the leaflet lists 62 reforms and state programs that should be implemented over the next six years. Many of these reforms and programs overlap. For example, there is “energy sector reform”, “energy efficiency program” and “energy self-sufficiency program”, which are different aspects of the same problem. “Energy sector reform” also overlaps with de-monopolization and infrastructure development. Constitutional reform is a part of decentralization and local self-government reform, economic and monetary policy reform includes tax reform, deregulation and enterprise development, corporate rights reform and so on. I’ve got an impression that the authors just listed all the reforms mentioned to them by the different think tanks and experts (Mr. Shymkiv named about 20 contributors to the Strategy). Besides, as noted by Serhiy Datsuyk, 62 reforms in six years are too much both for the government and for the society.

A good thing is that ten priorities (eight reforms and two government programs) are defined in the document. It is also good that “makeover of the government” and anti-corruption reform, judicial system and police reforms are among the priorities because they are necessary prerequisites for other reforms. However, in my opinion, healthcare reform (which is also in the priority list) should be delayed for 3-4 years and implemented after decentralization and business climate reforms, when it is clear who is responsible for financing medical institutions (local or central government) and how much Ukraine can spend on healthcare.

Of the two priority state programs, one is energy self-sufficiency, which is absolutely necessary under current circumstances. However, the second one is the “program of popularization of Ukraine in the world”. To me, this priority seems rather strange. Although I’m not a marketing person, I suppose that advertising will not increase sales if a product is bad – and so far, Ukraine has been supplying mostly bad news. At the same time, now the world is closely looking at our country, and if some positive signals appear, they will be popularized rather fast.

If the reform list, although somewhat chaotic, does not raise major objections, the second page of the strategy, the key performance indicators, is rather puzzling. I will not discuss the choice of KPIs (largely, it is the matter of taste) but their projected values are not only unrealistic but not even consistent. The first thing that catches the eye is doubling of per capita GDP by 2020. When asked about this, Mr. Shymkiv explained that this is “a dream”, and “I don’t know how to achieve it but I’ll find out”. When asked again, he explained that after implementing economic reforms, countries experience exponential growth rates. So I looked at the Worldbank data on GDP per capita (PPP, constant USD, 1990-2013) and tried to find out whether there were recently any countries that doubled their per capita GDP over a six-year period (to allow for some laxity, I looked at countries whose GDP grew by 75% or more). I found thirteen countries:

Two conclusions can be drawn from this list. First, the only genuine reformers in this list are Latvia and China. Others either started from a very low base or are oil-exporters or both (Belarus exported processed Russian oil), and Armenia is heavily dependent on remittances. Second, growth rates of all these countries lowered after 2008 because external demand was one of the main factors of their growth. In particular, Latvia experienced a harsh contraction of almost 20% in 2009, while Belarus went through severe balance of payments crisis in 2011. So, one should be cautious with promoting the idea of skyrocketing GDP growth as it might easily end up with the overheating of the economy.

About the consistency of indicators, I have nothing to add to Yuriy Hanushchak’s question: “how are you going to spend 5% of GDP (or 20% of the State budget) for the army, while at the same time leaving 65% of budget revenues at the local level?” By the way, in decentralized countries the share of local budgets is 30% to 50% of total government budget.

While economic indicators are implausible, social indicators, such as the “share of people proud for their country” or “the number of medals in 2020 Olympics” are just strange. They might have some meaning (e.g. measure the efficiency of propaganda) in a country like Northern Korea or USSR but not in a modern democracy, which, I hope, we are trying to build. For example, number of medals in the Olympic games is very weakly correlated with well-being, and uncorrelated with the health/physical condition of average people (see diagrams below). 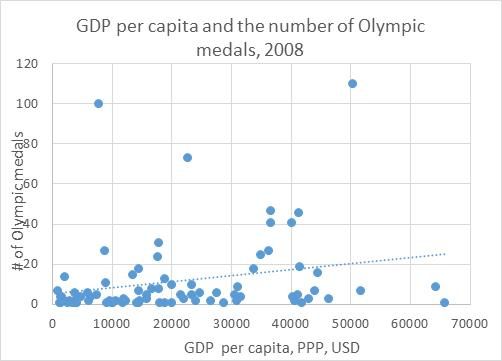 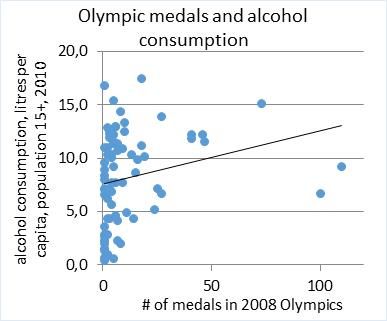 One thing that frustrated me was no mention of either Crimea or Donbas in the presentation. Now it is clear that the problem is here for years, and needs special attention of the government. Yet, it seems that the authors of the Strategy assume that the problem would somehow disappear when other reforms are implemented. This is, of course, an implausible assumption. A special mention of Donbas and Crimea would at least send to people there a signal – Ukraine is thinking about you.

However, these inconsistencies are not the main point of this article. While everyone in this country pretty much knows WHAT to do, the main question remains WHO will introduce the reforms and assume responsibility for them (i.e. the ownership of each reform). According to the presentation, the National Reform Council will include the President, the Prime-minister, the Speaker of the parliament, NBU Governor and representatives of civil society, and will gather once in two months, while Executive Committee for reforms (which includes members of the listed institutions) will meet every week. The Committee will create the Reform Project Management Agency, which, in turn, will form working groups for each reform. Working groups will include officials from relevant ministries and parliamentary committees, and may include independent experts and civil society representatives (didn’t I use too much future tense in this paragraph?).

Results of working group discussions as well as reports about implementation of reforms will be available on the web-resource reforms.in.ua. Mr. Shymkiv mentioned that several working groups are already functioning and discussing the necessary changes, but for now, this site contains only the strategy itself and its presentation. If there are some other results, the public deserves to see them.

Since the new government was appointed in March, we’ve heard many inspiring speeches about the reforms. The President in his inauguration address also promised changes. However, it would be much better to see at least some results – however small but tangible – instead of thousands of words. The urgent things to do are on the table, and often they don’t even need the parliamentary approval (for example, nothing prevents the ministers from firing their inefficient or corrupt staff). At the same time, if the government or the President wanted to push some reforms through the Parliament, they could receive all the needed support from the society (just remember how the new law “On higher education” was supported).

In a nutshell, my message is this: show the political will to implement changes – not with words but with actions – and the entire country will stand for you. 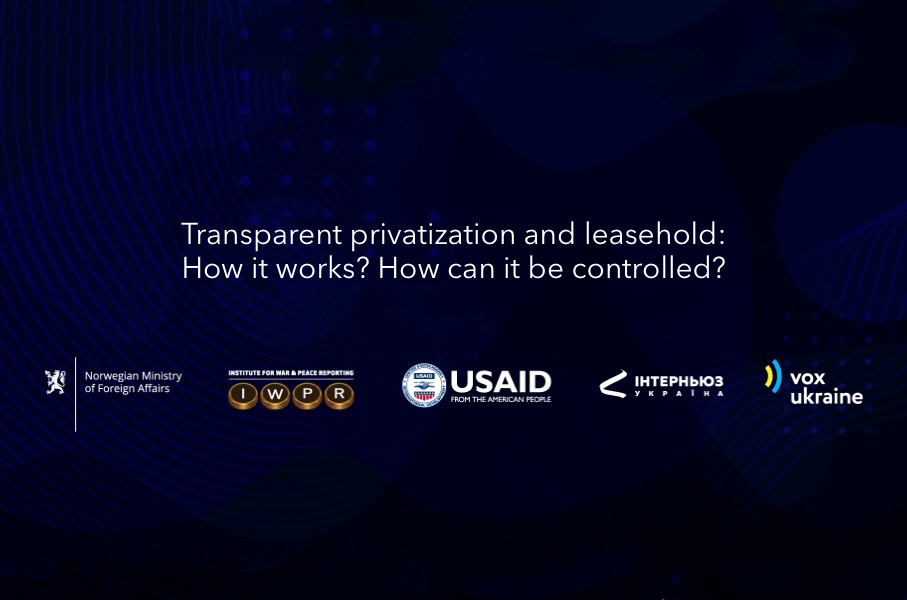