Quorum reduction – the right move, but without a full-fledged reform of corporate legislation it will upset the existing system of checks and balances in joint-stock companies, will provoke corporate conflicts and may encourage business to move offshore.

Recently Ukraine’s Parliament (Verkhovna Rada) adopted Law No.1310, which decreased the quorum requirement in joint-stock companies. Henceforward, a shareholder meeting will require attendance of a simple majority of shareholders that jointly represent 50% plus one share, rather than 60% of shares, as was previously required. Initially, the draft law provided that the new rules would apply to joint-stock companies where the state has a stake only. Fearing that the discriminatory approach to public and private property could be used to challenge the constitutionality of the law, the draft was amended so that starting 1 January 2016 the new quorum requirements apply to all joint-stock companies in Ukraine.

“UKRNAFTA” as a key problem of corporate legislation

For Ukrainian MPs, the key issue with the Law of Ukraine On Joint-Stock Companies seemed to be the state’s inability to manage companies where the state held a majority stake. Indeed, one of the existing problems is the conflict between the quorum requirement (requires 60% of the shares) and the decision-making requirements (only 50% + 1 share). The majority shareholder has the right to take decisions on all matters that do not require a qualified majority, but without participation of minority shareholders cannot hold a meeting where such decisions can be taken.

Therefore, by holding, alone or jointly with others, more than 40% of the voting shares, a minority shareholder can abstain from attending the shareholders’ meeting, thereby blocking any decision-making – on distribution of dividends, appointment of new executive management, etc.  Nothing highlights the problem better than the situation around Ukrnafta. Even though Naftogaz owns 50% + 1 share, and the Privat Group only around 40%%, the management of the company is de facto controlled by the minority shareholder.

But there are more of us!

In countries with developed stock markets, the purpose of joint stock companies, in particular public, is to attract and consolidate capital, rather than create a vehicle for joint operation of the shareholders. Thus, the level of the owners’ involvement in the enterprises affairs is lower, and the companies are run primarily by professional managers. Joint-stock companies, particularly public, operate differently from limited liability companies (equivalent of Ukrainian LLCs) and partnerships for a number of reasons: higher number of shareholders in public companies as compared to private ones; related difficulties in reaching a compromise; the absence of a controlling stake; the need to protect minority shareholders and various risks inherent to a particular form of business entity.

In Ukraine, the conceptual difference between limited liability companies and joint-stock companies is removed. Only few would use joint-stock companies for the intended purpose, that is to attract funding from private investors. Historical reasons determine the form of business entity. Some companies, which have passed into private hands, were created in the process of privatization (i.e. through the creation of a joint-stock company). The current owner has consolidated a controlling stake but lost any contact with the company’s former employees who became shareholders (people moved, died, etc.). As a result, he cannot reorganize the company into a limited liability company, which would suit his interests, or even reduce the number of shareholders, so that a public company would turn into a private one. Many owners of companies do not change the organizational form of their business as they are not willing to re-apply for licenses and certifications required for the operation, re-register the land, real estate and other assets. Some activities may only be performed by joint-stock companies, banks in particular. State corporations operate as joint stock companies, so do companies in which some shares were privatized, such as “Ukrnafta”.

The law is good:

But it creates problems:

What can and should be done:

To sum up, the newly adopted law introduces the right approach. However, without a fundamental reform of Ukrainian corporate legislation, it will not improve the investment climate, and instead, can create problems for those already present in the market. 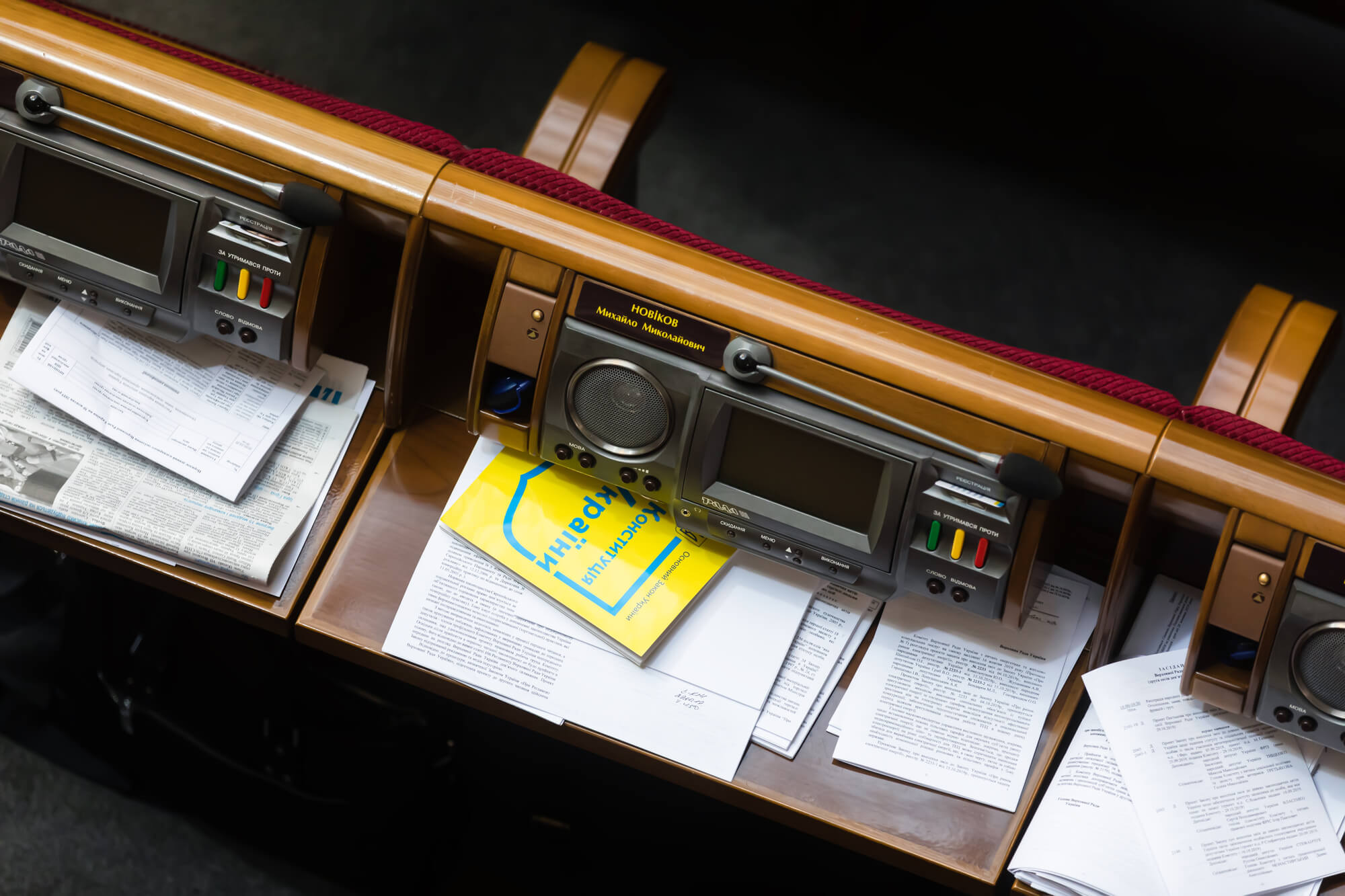 With Lies and Manipulation: That’s How Ukrainian Politicians Spent The Year 2020