Once again, Russian propagandists are trying to find traces of “black” transplant specialists in Ukraine. Moreover, they are sure that Ukrainians are “sold for organs,” not only within Ukraine but also in Europe. However, in both cases, “true stories about selling organs” turn out to be ordinary fakes.

Disinformation: The Ukrainian refugee was sold for organs in Poland

Russian media reported that a Ukrainian refugee was allegedly sold for organs in Poland. They refer to the words of an allegedly close friend of the man, who became a donor for four Poles.

Following the search request “Ukrainians are sold for organs in Poland”, we found the full video, which was first distributed on the “Armed Forces of Novorossiia” page in VKontakte. Russian news sites used an excerpt from this very video. 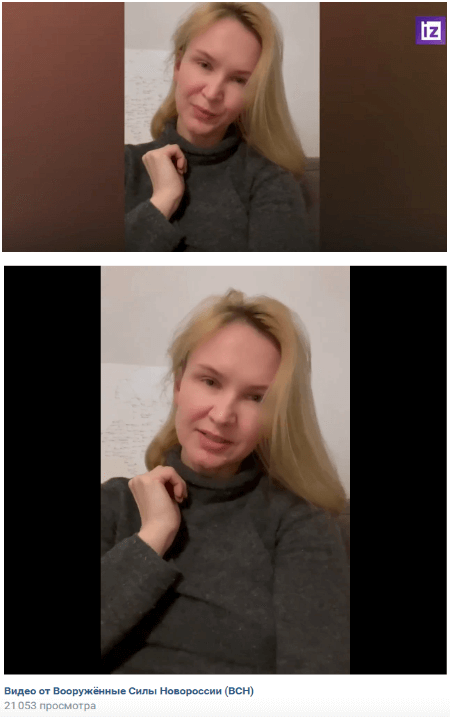 The woman in the video did not report “organ sales”. Instead, she stated that the Ukrainian was seriously ill, fell into a coma and died. He became a donor for four people in Poland. “The doctors have already said that they [the organs] have taken root perfectly in the new bodies,” she added.

In contrast to the Ukrainian legislation, which provides direct consent in writing for the transplantation of anatomical materials, the principle of implicit consent applies in Poland. Thus, according to Polish legislation, the collection of cells, tissues, and organs from dead people can be carried out if the deceased person did not express any objections to this during his lifetime. On the Polish Transplantation Medicine Association website, it is stated that such a decision in practice is always agreed upon with the family.

During his lifetime, a person in Poland can also become a kidney or part of a liver donor for a direct relative. This requires the written consent of the donor and the recipient. If the recipient is another person, for example, a friend, the donor must apply to the court for permission to prevent possible abuse. The court considers such an application after consultation with the Ethics Committee of the National Council for Transplantation within seven days.

To select a potential deceased donor, a doctor must conduct a series of specialized tests and establish brain death. This condition occurs in the absence of blood supply to the brain for more than 10-12 hours. Brain death is irreversible, and a person in this state is considered dead, even if their body can function with the help of medical equipment.

Advertising for the sale, purchase, or mediation in the sale or purchase of organs in Poland is punishable by law. In addition, the doctor who declared the death of a person cannot participate in the procedure of taking and transplanting cells, tissues, or organs from this person.

All recipients waiting for a transplant of anatomical materials in Poland are included on the National Transplant Waiting List. In the 2022 report of the Supreme Chamber of Control of Poland, it is indicated that the system currently operating in the country made it impossible to carry out an organ transplant to a person who is not on the national register.

In addition, data on all transplants carried out by Polish centers, as well as on each organ donation from a living donor, are submitted to the Organizational and Coordination Center of Transplantology “Poltransplant”. Therefore, it is impossible to simply “sell off the organs” quietly.

In Ukraine, several laws were passed for the development of the system of transplantation of organs and materials. Thus, in 2021, changes were made to some legislative acts of Ukraine regulating the issue of transplantation of anatomical materials into humans. According to the innovations, a person’s consent or disagreement to posthumous donation can be submitted not only in writing but also in electronic form and does not require notarization. In addition, the law establishes that the state will pay for transplant operations, which will be free for the patient.

In the same year, the Ministry of Health announced the launch of the Unified State Organ and Tissue Transplantation System. The electronic system is designed to select a donor-recipient pair according to defined criteria and is independent of human influence. 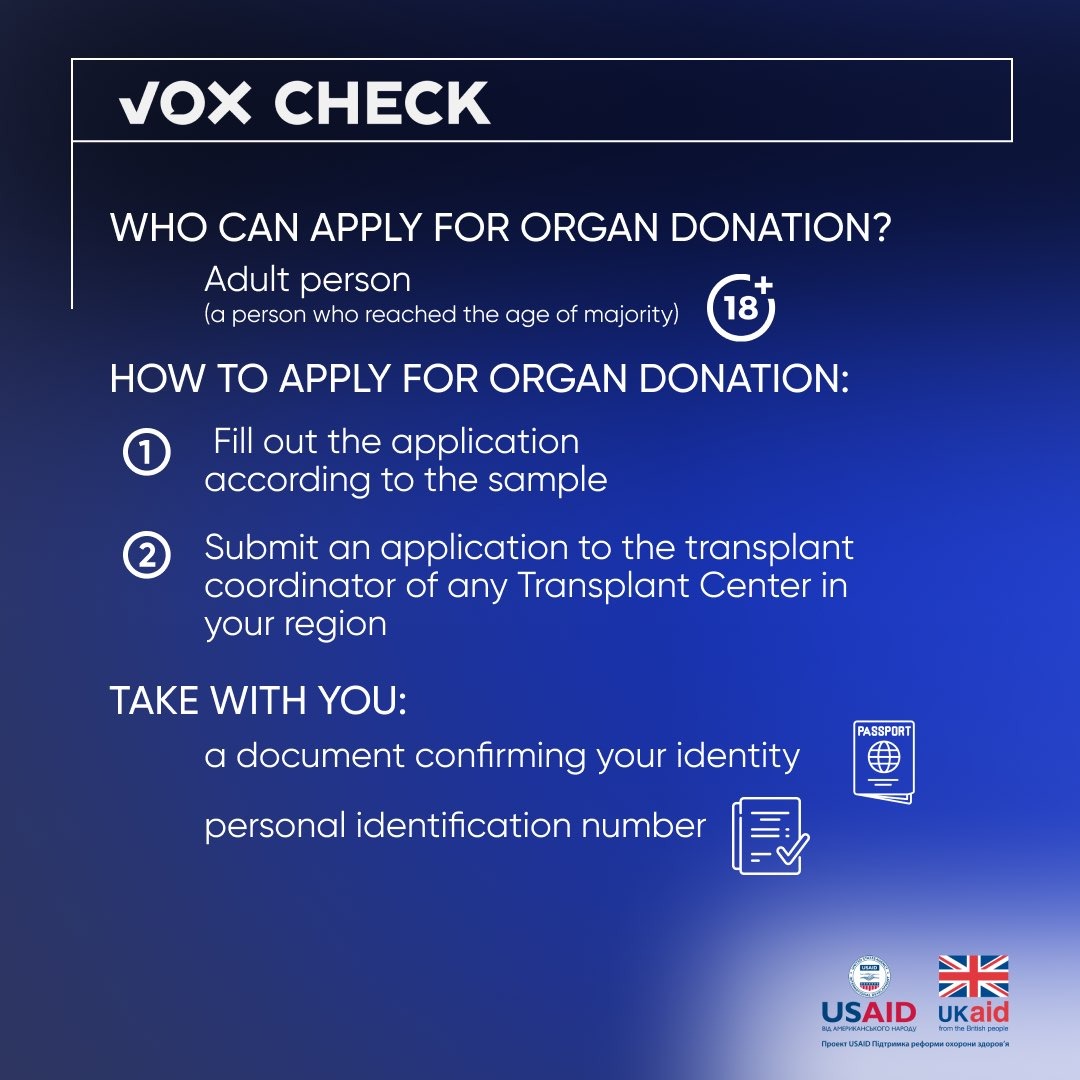 Information about the activities of “black” transplant specialists in the Kharkiv region is being spread online. Allegedly, local residents more often meet medical vehicles, which, unlike ordinary ambulances, move under the supervision of the military. 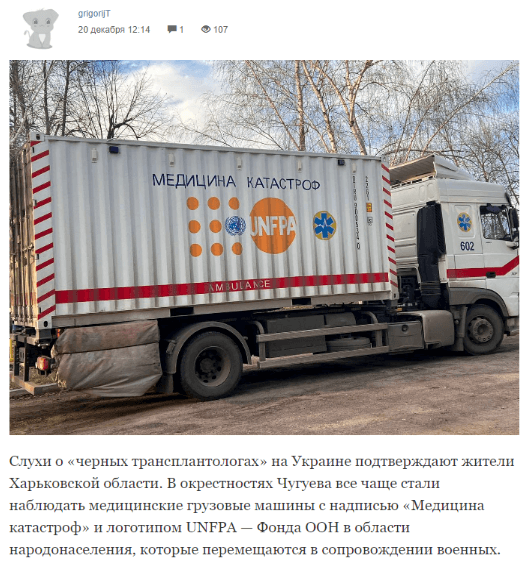 According to the Law of Ukraine “On the Application of Transplantation of Human Anatomical Materials”, it is prohibited to remove organs for transplantation from those who have died as a result of hostilities.

The photo shows a mobile obstetrics and gynecology clinic. A reverse Google search shows that the photo actually illustrates the news about the work of mobile teams of doctors in the Borivska local council. An obstetrics and gynecology team of doctors, an ultrasound, and a pediatrician work in the mobile medical department. The emergence of such mobile departments is an initiative of the Ministry of Health within the framework of renewing access to medical care in cities and towns liberated from Russian occupation. Brigades of the State Institution “Ukrainian Scientific and Practical Center of Emergency Medical Aid and Disaster Medicine of the Ministry of Health of Ukraine” work in the de-occupied territories.

In Kharkiv Oblast, the first mobile dispensaries appeared in the city of Balakliia in November 2022. Doctors consult, conduct examinations, and prescribe treatment. The equipment of a special car makes it possible to collect tests, carry out an initial examination, and receive births.

The disaster medicine service is a special type of state emergency rescue service, the main task of which is to provide free medical assistance to victims of man-made and natural emergencies, as well as to rescuers and persons involved in the elimination of emergency situations.