Public Health Fakes: Pfizer "admitted" to lying about the benefits of vaccinations. Issue #1

Public Health Fakes: Pfizer “admitted” to lying about the benefits of vaccinations. Issue #1

Anti-vaccinationists again spread a “sensational” statement. They said Pfizer “hid the truth” that the COVID-19 vaccine does not prevent the spread of the virus, and the vaccination does not in any way protect those around you from infection. And, as in all previous times, the fakers lost in the fight against the facts.

In October 2022, news about a “shocking” speech by European Parliament member Rob Roos spread in the russian– and Ukrainian-speaking segments of the network. He asked Pfizer representative Janine Small whether the company had tested the COVID-19 vaccine to block the spread of COVID-19 before it was released to the pharmaceutical market. The top manager replied that Pfizer did not carry out such an inspection. After that, the MEP accused everyone who promoted the idea of ​​”Vaccinate for others” of lying since the vaccine supposedly does nothing to protect the people you come into contact with. 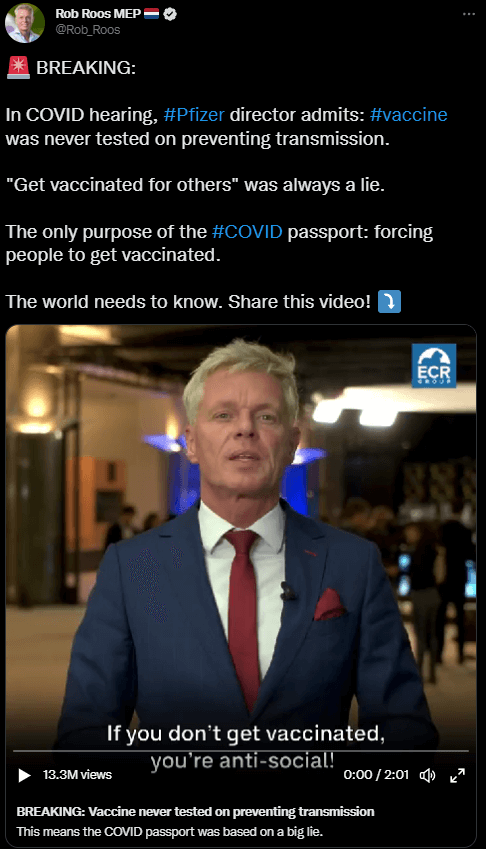 Pfizer never claimed before the Pfizer-BioNTech (Comirnaty) vaccine was released on the pharmaceutical market that this drug could block transmission of the virus. So, on December 3, 2020, Albert Burla, the company’s CEO, said that he does not know for sure whether vaccination can prevent the transmission of COVID-19 and that this question needs further research.

On December 11, 2020, the US Food and Drug Administration (FDA) approved the Pfizer-BioNTech vaccine for emergency use. At the time, the agency noted that there was no evidence that the vaccine prevents the transmission of SARS-CoV-2 from person to person. The EU medical regulator — the European Medicines Agency — came to the same conclusion.

Research on the effect of vaccination on the transmission of the virus began after the beginning of mass vaccination. It turned out that the vaccinated, in case of infection, are less likely to infect others. 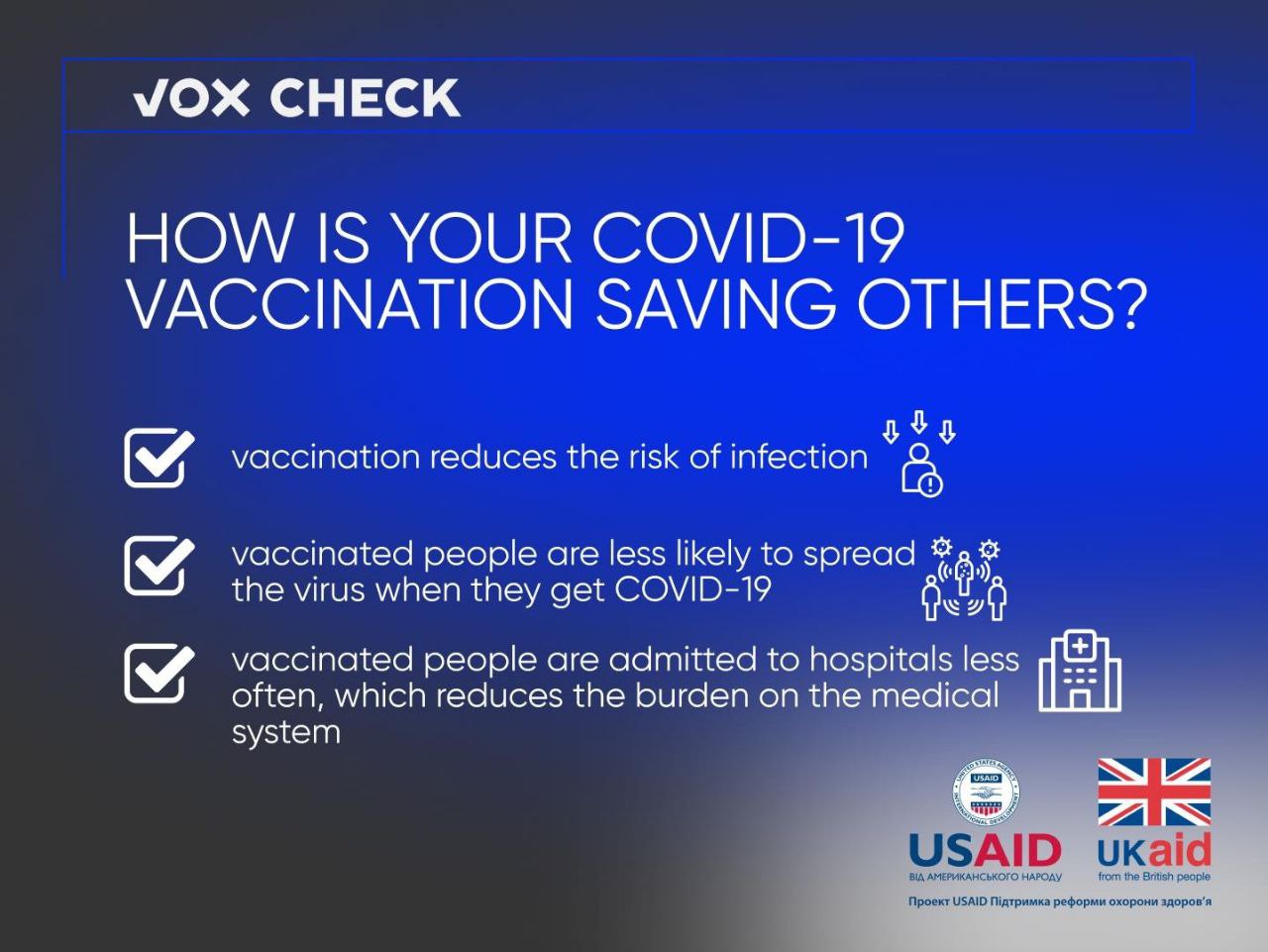 However, even if the vaccine had no direct effect on the transmission of the virus, the idea of getting vaccinated for the sake of other people would remain relevant. First, all approved vaccines reduce the risk of contracting COVID-19. This means the vaccinated have less risk of becoming a virus carrier and infecting those around them. Second, vaccinated people are less likely to need hospitalization in case of infection, which reduces the burden on the medical system and allows more resources to be allocated to at-risk groups. 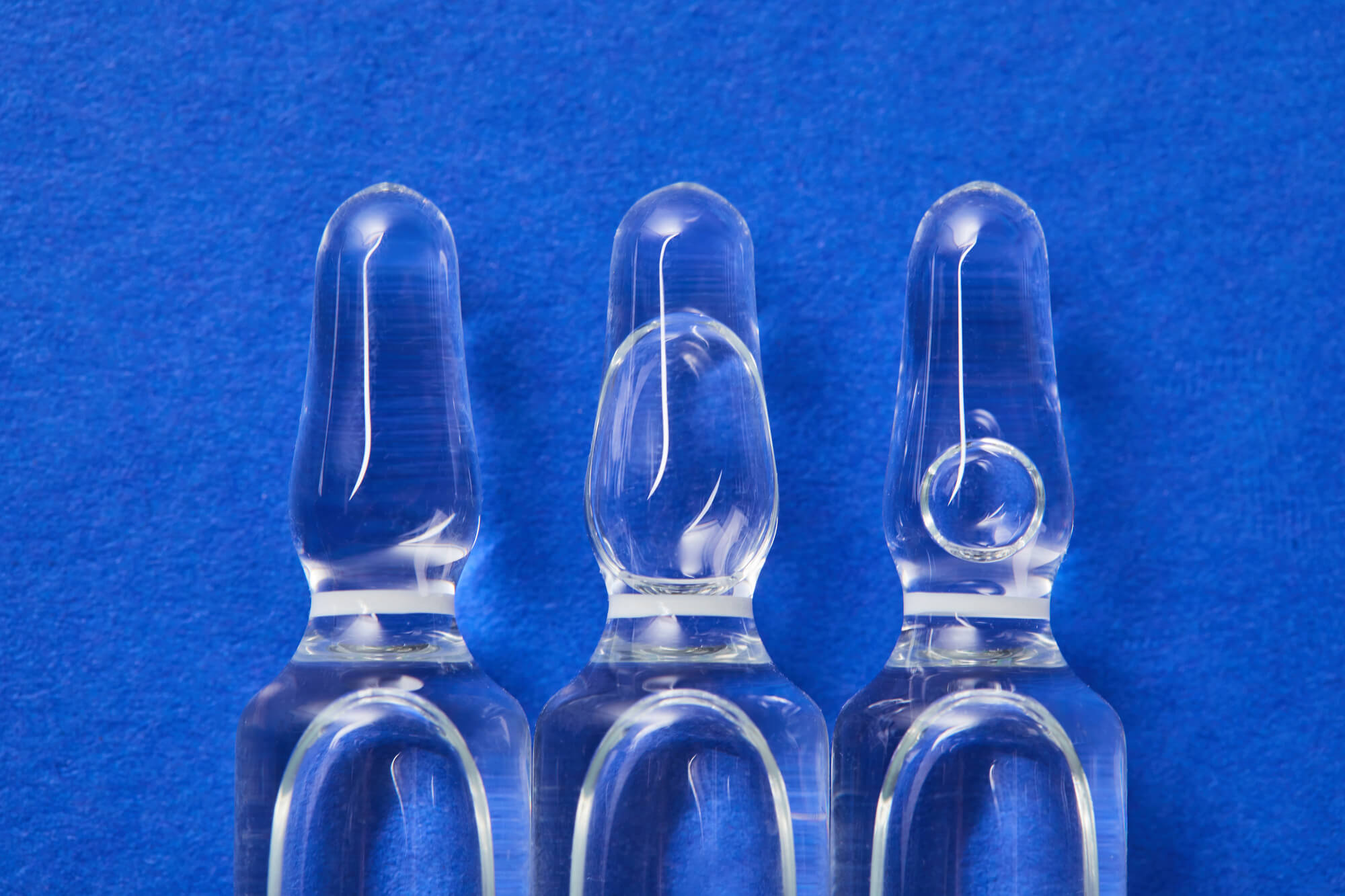