Public Utility Companies: to Sell or to Keep? | VoxUkraine

Public Utility Companies: to Sell or to Keep?

We analyze the data provided by YouControl, the partner of our study   to understand how much worse is  the public utilities performance compared to state and private companies and what to do with them.

According to YouControl data, in 2017 there were 5,244 utility companies in Ukraine. Of these, 1360 are monopolies. These are mainly infrastructure companies – TPS, water utilities, natural gas suppliers, transport companies.These monopolies are natural. This means that in these industries, competition is disadvantageous because barriers to entry for other companies (often fixed expences) are high. Instead, a monopolist is more efficient because its large production costs have a relatively low cost per unit. The most striking examples of such markets are water supply,  power (electricity) transmission and distribution, and the use of railway tracks.

Are  public utility companies more profitable compared to  state-owned enterprises and private companies? Does their profitability depend on monopoly status? To answer this question, we used financial data from Ukrainian companies provided byYouControl.

We define profitability as profit divided by equity (how profitable was a unit of equity).

Analysis of the median profitability of enterprises allows us to draw the following conclusions: 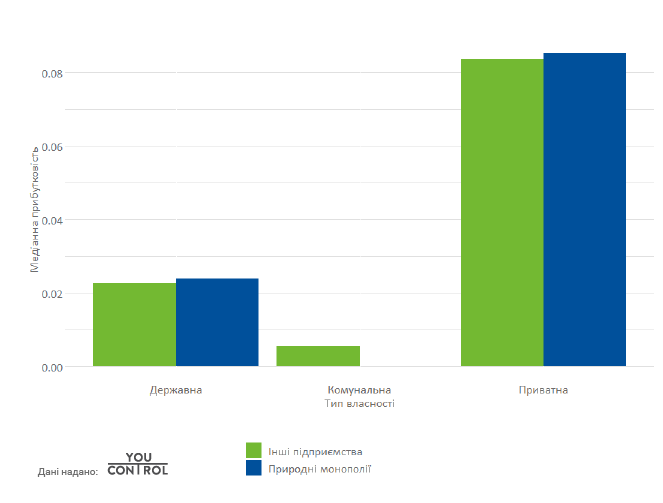 Figure 2. Distribution of profitability among enterprises  with communal ownership 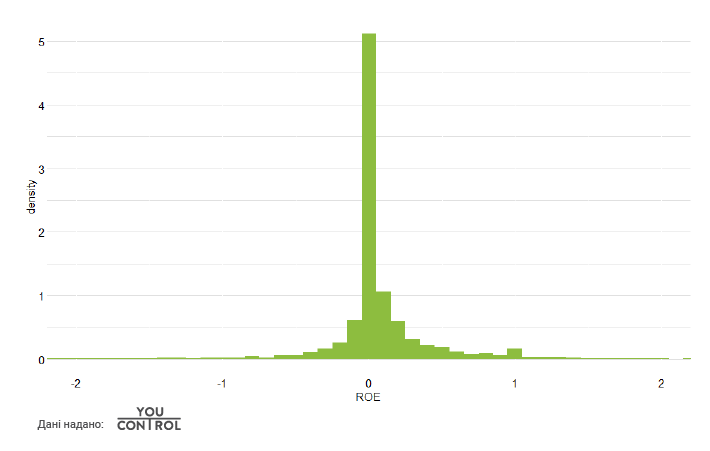 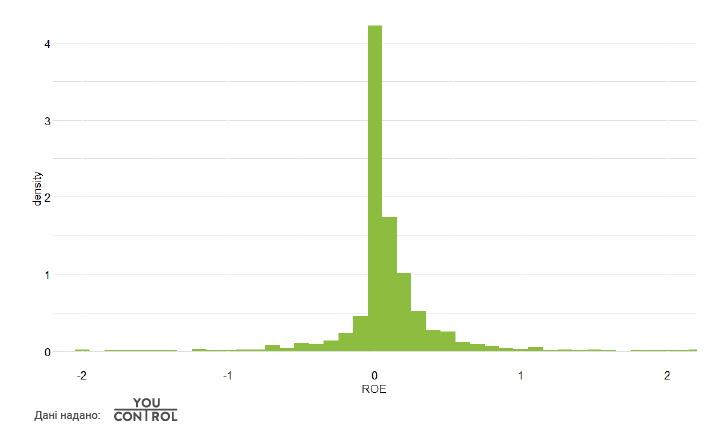 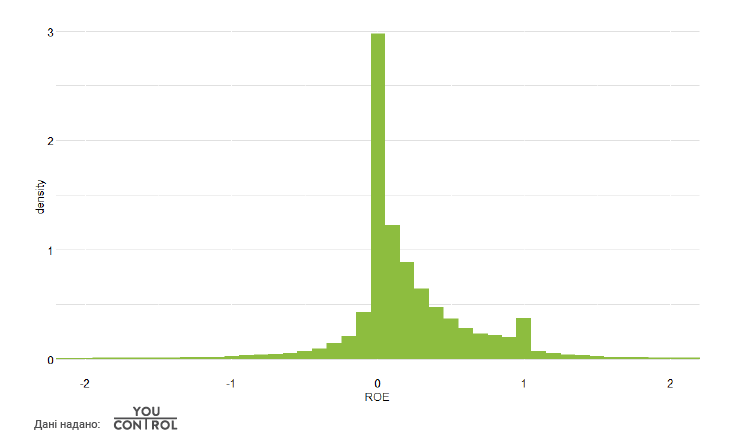 To establish the cause – effect relationship, we performed a regression analysis, namely, the available Feasible Generalized Least Squares method (FGLS). The dependent variable is Enterprise Profitability (ROE), which shows how much net income a single hryvnia brings. The results show that, on average, monopolies do not differ in profitability from other enterprises. This is in line with the results of the graphical analysis in Figure 1.

As expected, when we control other factors  by means of regression analysis, private enterprises are the most profitable, in particular, the state-owned enterprises by an average of 3.7 percentage points and the communal utility companies by 5.5 percentage points. A separate analysis of monopoly and non-monopoly enterprises shows that private ownership  increases profitability for monopolies and other companies almost equally.Therefore, whether an enterprise is a monopoly, is not so importan,t compared to its form of ownership (there is no statistically significant difference in profitability between monopolies and other enterprises). However, communal utility companies are less profitable than state or private ones (and this difference is statistically significant).

Figure 5. Dynamics of median profitability of monopolies by ownership. 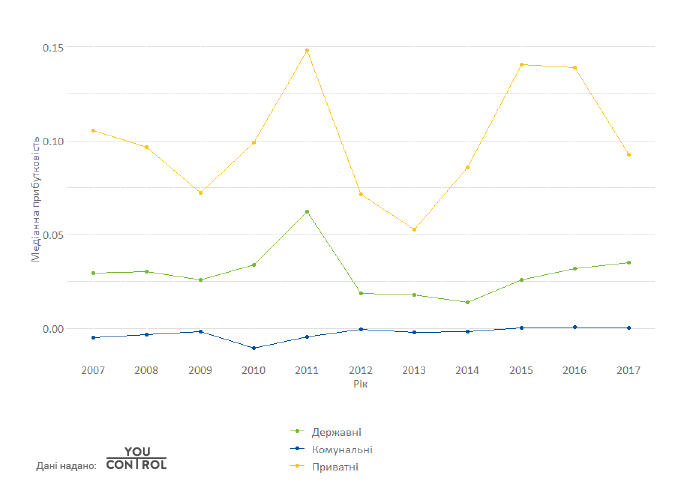 Big number of  public utilities means that the privatization or organization of corporate governance at utilities will take longer than at state-owned ones. Of course, the legislation allows for the  establishment of supervisory boards at public utility  and improve corporate governance. However, their implementation is the political will of each local government, which complicates the situation even more.

What should the state do with utilities in general and public utility monopolies in particular?

Our results show that all  public utility companies – both monopolies and other – are less profitable than state or private enterprises. Therefore, profit cannot be a reason for keeping such  companies as communal utility ones. The existence of communal utility enterprises can distort competition  due to budget assistance received by them  and also to carry corruption risks. Public utilities   can overstate their costs via corruption. However, very often they cannot get more revenue – especially if they are natural monopolies, and local or state governance  regulates their pricing. Therefore, they become unprofitable and, eventually, to keep them afloat, the local government is forced to assist them.

However, as noted before, it is important to remember that about one fifth of  all public utilities have a monopoly status. The privatization of such enterprises can be an additional challenge. After all, if a monopoly is private, in order  for it not abuse its monopoly position, it must have a strong and independent regulator. Which body is the regulator depends on the industry in which the utility operates, and its size. For small businesses, the regulator is the local government, and for the big ones, the national regulator. However, whatever  is the body of the regulator, before privatizing municipal monopolies, it is important to give it independence and protect it from overtaking.