After many years of mismanagement, Ukraine badly needs reforms in nearly all areas. A key question is where to start and how to set priorities. In the first week of September, VoxUkraine conducted a survey among Ukrainian and international economists asking them to rank political and economic reform priorities for Ukraine and comment on their choice. 30 responses were received.

Given the challenges currently faced by Ukraine, the majority of professional economists suggest to follow an integral approach to ensure complementarity of reforms and hence to improve outcomes. Survey results identify five clusters of most urgent reforms. 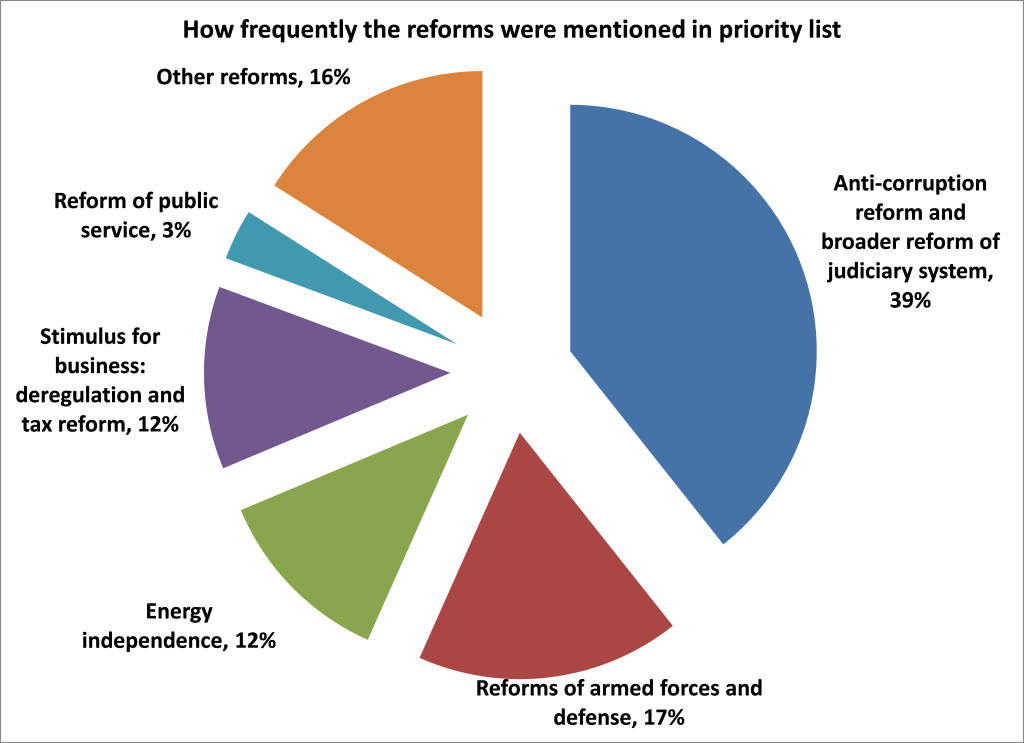 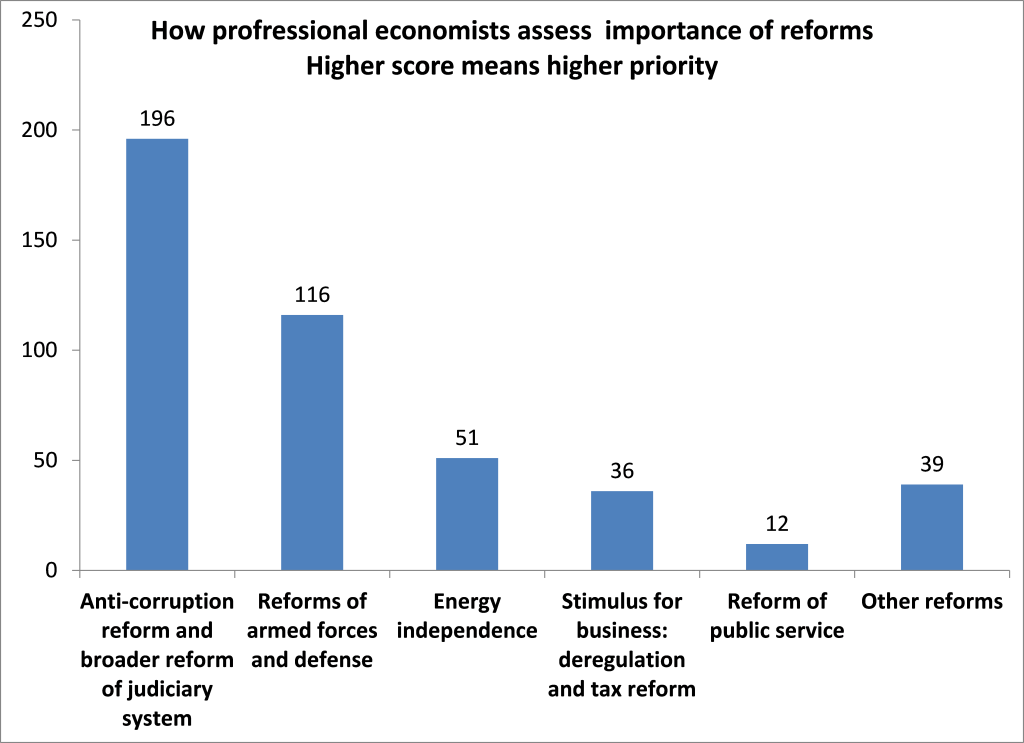 Among other reforms mentioned among top priorities by some experts were land reform considered to be at the quite high level of readiness for adoption and allowing opening up of agricultural potential of the country; reform of state financial control and stabilization the state budget; programs to attract investments and to stimulate exports, and reform of financial sector. The list is long, but there is a clear consensus on what the government should focus on.