Ukraine should emphasize the potential benefits of high-skilled emigration, while taking steps to mitigate and reverse its downsides 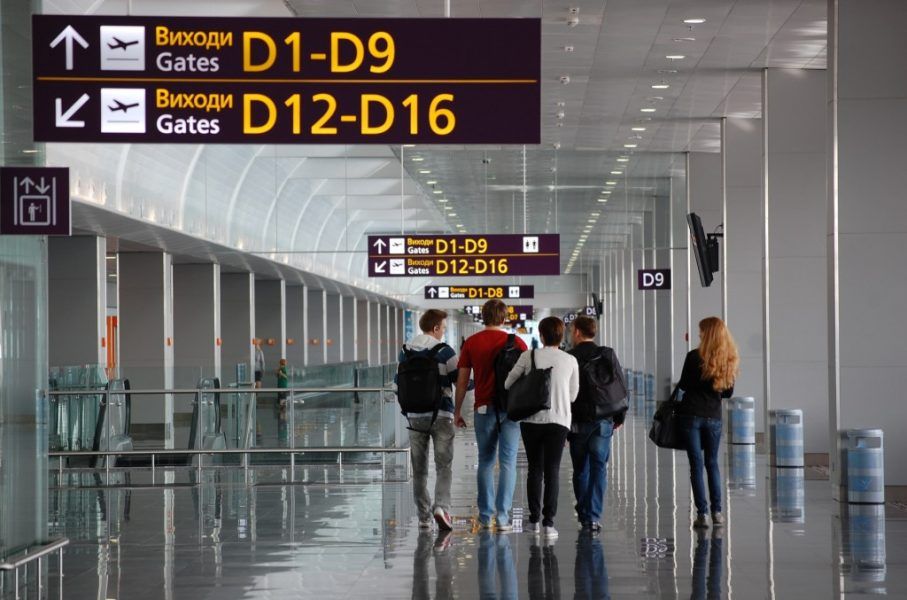 Ukrainian government has been concerned for a long time with the outflow of most able and skilled workers to foreign countries. From the government perspective, this process is viewed as a loss to a country because Ukraine spends on education of people who apply their skills and knowledge elsewhere. This article shows that skilled emigration has positive sides too, and that improvement of the business climate in the country is likely to mitigate this problem, along with many others.

What is Brain Drain?

The phenomenon of brain drain is usually defined as the emigration of high-skilled labor from one state to another, usually from a less developed country to a more developed one. Brain drain may rob a nation of human capital, impede the development of human capital for later generations, decrease tax revenue, and nullify social investments in education.

Brain drain in Ukraine is not unique to this country, as it is shared by other post-Soviet countries from the Baltic states to Russia. The social upheaval that followed the Soviet Union’s collapse instigated a period of economic instability, political unrest and demographic crisis, as well as enhanced emigration opportunities. While the largest waves of emigration from post-independence Ukraine occurred during the early 1990s, the outward migration of younger and higher skilled workers continues to be a potential challenge for Ukraine to this day.

Most Ukrainians seeking temporary or permanent residence outside of Ukraine are between the ages of 20 and 49. While education level has a negligible effect on Ukrainians’ decisions to emigrate, those with greater skills and education are relatively more likely to seek employment in the European Union than other top destinations. According to the Migration Policy Centre at the European University Institute in Florence, “more than a thousand postgraduates and 200 persons holding PhDs left Ukraine in the period between 1998 and 2012.” In 2010, approximately 35,000 Ukrainian students were earning their degrees abroad, according to UNESCO. While education level has been found to have a negligible effect on Ukrainians’ decision to emigrate, more educated Ukrainians are more likely to seek employment in the European Union or United States than those with less skills.

There is anecdotal evidence that highly educated young Ukrainians are leaving the country as a result of the economic crisis and continued discontent with the political system. For example, a story from Vice News documents a handful of former young Maidan activists who have either permanently left the country or are planning to do so in light of the economic and political difficulties.

While the ultimate effects of the Ukrainian brain drain are impossible to gauge at the moment, outward migration from both the conflict zone of eastern Ukraine and other regions of the country has been significant and is expected to increase in the nearest future (graph 1).

Judging by the experiences of other post-communist states in Central and Eastern Europe, Ukraine’s declared goals of integration with the common European market may actually accelerate the process of brain drain. Common visa policies and lowered barriers of entry to the Schengen Zone will make travel and permanent residency in the European Union cheaper and easier. Lithuania, as an example, has the highest rate of migration in the European Union, with over 600,000 of its citizens working abroad. Thus, the number of Lithuanians living abroad is roughly 40% of the country’s entire workforce of approximately 1,465,000. Lithuanian students are drawn abroad by the prospects of better educational institutions and career prospects. As a result, local firms often report that they are at a loss to find workers with appropriate skill sets. Other post-communist European states, including Poland, are also facing similar challenges and have launched government campaigns to both retain highly-educated workers in the country and lure them back from abroad.

As Ukraine moves forward in its stated goals of European integration, it’s likely that the allure and relatively easy access to Europe will pull even more Ukrainians with key skills out of the country. Even so, experts say that brain drain isn’t all bad, and may in fact provide distinct benefits for source countries. For one, remittances from abroad (graph 2) often provide a boost to local economies, infusing cash into an environment with low productivity or development opportunity.  Also, brain drain is often a two-way street, with students and skilled professionals leaving for abroad to receive higher quality education and income before returning to their own country with new ideas and better skills. In general, the better the opportunities in the country experiencing brain drain, the higher the possibility that those who have moved abroad will return. 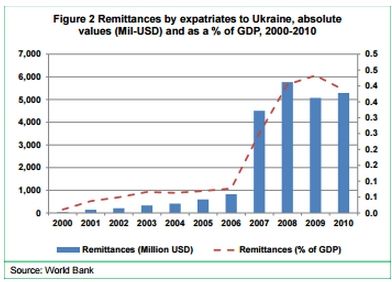 In other words, the brain drain may be more of a challenge than a distinct disadvantage, and there are key ways in which the government might tackle it. For instance, while Ukraine’s reforms process and Europeanization might accelerate brain drain in the short term, the best remedy for the outward migration of skilled workers is the improvement of the domestic political, economic, and educational environment.  If the Ukrainian reform agenda begins to gain traction, especially in the education sphere, Ukraine will likely begin to recover those workers seeking professional opportunities.

Finally, Ukraine can also combat the effects of brain drain by encouraging the domestic education of foreigners and the immigration of high-skilled workers. Borrowing from the Soviet practice of educating foreign students from Soviet-allied and developing states, more than 61,000 foreign students studied at Ukrainian universities in 2013. Most of these students hail from the former Soviet republics, but many also come from African and Arab countries. By improving the higher education system, particularly in math, science and engineering,  the government can encourage foreign student enrollment in Ukrainian universities and permanent residence after the completion of studies. Racism and discrimination against foreign students, in addition to unwielding immigration law, are likely disincentivizing factors at present for foreigners to remain in Ukraine.

Overall, Ukraine should emphasize the potential benefits of high-skilled emigration, while taking steps to mitigate and reverse its downsides. Brain drain is a largely unavoidable phenomenon, a process that might accelerate as Ukraine becomes increasingly aligned with the European market and the global economy. Rather than reacting defensively to curtail emigration, it is imperative that the policy response to brain drain is dependent on state and society’s ability to provide educational and professional opportunities to those with higher education and needed skills. A stable and attractive Ukraine is in the best solution to minimize the negative effects of brain drain and encourage the return of high-skilled migrants from abroad, and draw in skilled foreigners from other markets.