The Quiet Summer 2016: Problems in Ukraine’s Economy About which Official Statistics Remains Silent

Looking at figures published by the State Statistics Service you might think that the much-awaited stability has returned to Ukraine’s economy this summer. The impression is quite deceptive. Economist Sergey Aleksashenko explains what major issues build up behind the statistics and what steps the government should immediately take to solve them

On the surface, the economic situation in Ukraine looks quite decent, and it is definitely a lot better than half a year, 1 year or 1.5 years ago. The economy started growing, albeit slowly.  Inflation has been steadily declining. With hryvnia exchange rate stabilized, the National Bank of Ukraine can even accrue its reserves bit by bit.  Ukrainian bond yields hit two-year lows.  At the same time, such a tranquility appears deceptive and rather reminds the behavior of a ship with a stalled engine in a calm sea, although everybody knows the weather forecast is promising storms and gales ahead.

The reasons that lead to this conclusion are as follows: 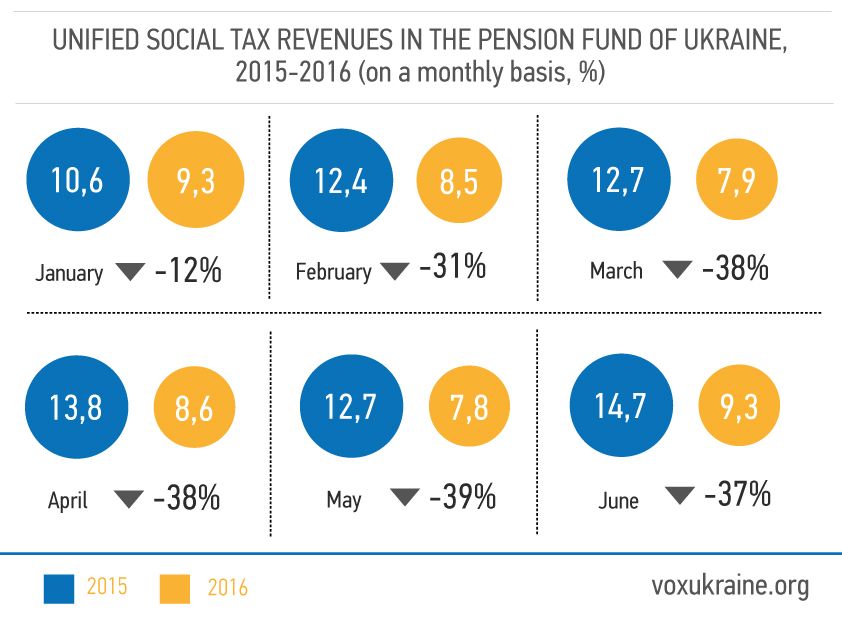 In this situation, the deceptive stability may turn into the next wave of economic crisis rather quickly.

Unfortunately, it is impossible to invent effective recipes for shaping a national consensus even for such a good purpose as the dramatic transformation of political, economic and social systems of the state. Timeserving interests pursued by many players functioning in the Ukrainian political space will appear more powerful than any idealistic slogans to “close the ranks and unite”. Opinion polls clearly demonstrate that populist parties gradually raise their electoral ratings, and one should not comfort oneself with the fact that they are generally low. The election race (whenever it starts) will immediately escalate this trend: today’s coalition parties will find it difficult to show their achievements, and there will be enough room to criticize the government.

As I’ve already said a year ago, the political cycle allows the authorities very little time for decisive actions, and today it is regrettable to note that they’ve managed to do very few things during the past year. And the most important achievements — budget consolidation and the elimination of gas price subsidies — are jeopardized by the adventurist decision to reduce the social tax rate.

Although five months are still left till the presidential midterm, we can clearly see the rise of political populists and the growth of their approval ratings.

The coalition formed in the Verkhovna Rada seems to be stable to the extent that it is not in danger of disintegration, as snap elections do not bode well for its participants. But the governing coalition is neither well-consolidated and capable of supporting government’s initiatives nor strong enough to form its own agenda. This means that there isn’t much hope that the government will be able to get many reformatory bills through the parliament. In this situation, the only hope for changes is concentrating reformatory efforts on decisions within the authority of the national executive.

Certainly, the main issue that requires the most serious decisions to be made is the budget structure. In all appearances, arrears to the central budget may total to at least 60 billion hryvnias by the year end (this is my intuitive estimation), as the budgetary expenditures have been increased significantly despite the fact that the absence of economic growth gave no grounds for that and a significant part of extraordinary income turned out to be unrealistic. And the situation might not get better by the year’s end.  This means that the government has to make very unpopular decisions right now as to which current year’s expenditures are to be cut and to what extent. 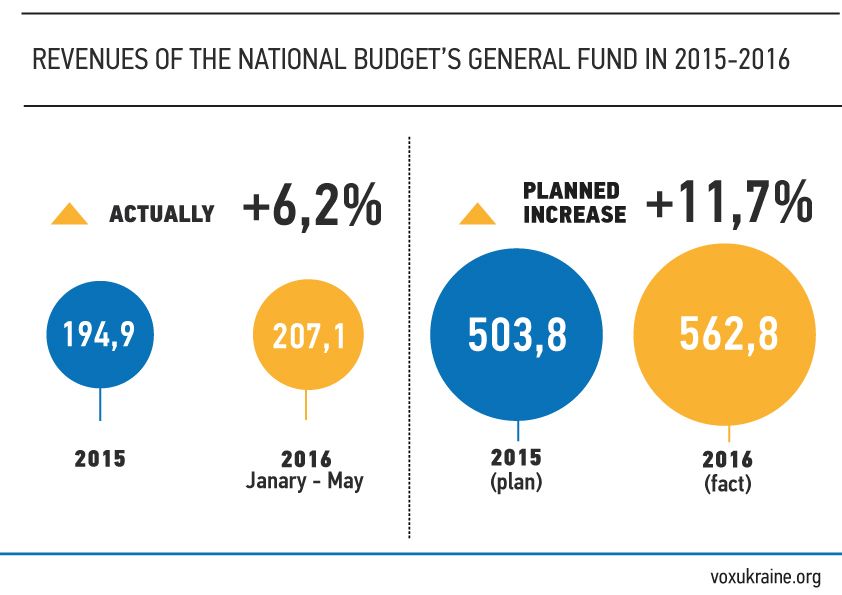 The only alternative — to get the National Bank’s money once again — will immediately throw the country out of IMF agreements and bring it back to the state of high inflation, which would hurt low-income social groups much worse.

Simultaneously, the government has to shape its vision of the budget for 2017, which, regretfully, will be as tight as this year’s budget, as the slow growth of economy leaves no hope for dramatic increases in incomes. It will be apparently impossible to normalize the budget situation within one year, as a tax boost is hardly acceptable politically, and any spending cuts will give tangible results only over an extended period of time. This doesn’t mean that the government should not cut expenditures systematically, as this is the only way to eventually get a sustainable budget.

Salaries and welfare take up over 60 percent in the cost structure of Ukraine’s budget, so it is impossible to trim spendings without cutting payments to the population. The most important areas of reforms are three biggest items of expenditure — pensions, social welfare, and gas subsidies.

The key issue in the pension reform is not just cutting current payments or easing the pressure of pension system on the public finance, but also shaping a long-term approach to pension benefits, which will allow the state to start building its relations with the generation of today’s 25 to 30 year-olds.

The government has already formulated the right principles in the social welfare and gas subsidy system:

Accordingly, every effort should be exerted on the implementation of this approach, and the Ministry of Finance should have a free hand for that.

Transferring primary and secondary education, as well as health care expenditures, to the local level will bring some relief for the central budget, as on the one hand local authorities can more clearly see what education institutions are to be kept and which of them are to be merged; and on the other hand, local budgets have accumulated a significant amount of spare money that is not spent to solve state problems.

Additionally, the government should intensify its efforts to attract external borrowings and financial support to be received by local authorities and/or enterprises without issuing government guarantees. This will move these funds out of central government’s budget deficit financing definition. The volume of such funds available for Ukraine is hundreds of millions of dollars. Attracting them will significantly lower the burden of budgetary expenditure cuts and encourage local authorities to compete for the money by proposing interesting projects.

Speaking about “non-budgetary” topics, two of them are most important [1]:

Ukraine is in a difficult situation.  Continued armed hostilities in the ATO zone and virtually frozen Minsk process, sluggish economy, the chronic shortage of funds in the budget, the coming social discontent with heating bills, international and domestic investors’ concerns because of the IMF program freeze, the barely working parliament — this list of unhealthy signs is far from complete. It is futile to hope that the disease will go away itself; progress in its treatment is impossible without intensive, meaningful care.  It is equally futile to hope that the West will impose new, tougher sanctions on Russia in a moment and that its economy, which loses 1 to 1.5 percent a year because of a different malady, will collapse. The Russian economy is based on the exports of commodities growing in demand throughout the world and can exist in this depressed state for a rather long time.

The trite phrase about a historical chance for Ukraine being repeated by experts for two and a half years is still relevant. The window of opportunity for today’s generation of Ukrainian policy makers is not yet closed but it is quickly narrowing.  By withdrawing from serious reforms, the policymakers condemn the Ukrainian people to continued suffering and slashing their own electoral chances to zero during the next cycle. And this cycle is just around the corner.

[1] All issues related to judicial reforms and the fight against corruption were consciously left out of this article. Not because everything in this area has been accomplished or these issues are not important, but because this is a matter of a separate serious talk.