Ukrainians want very simple things that the civilized world is taking for granted; they want justice, rule of law, self-governance, easy and transparent political and legal system and respect for human rights 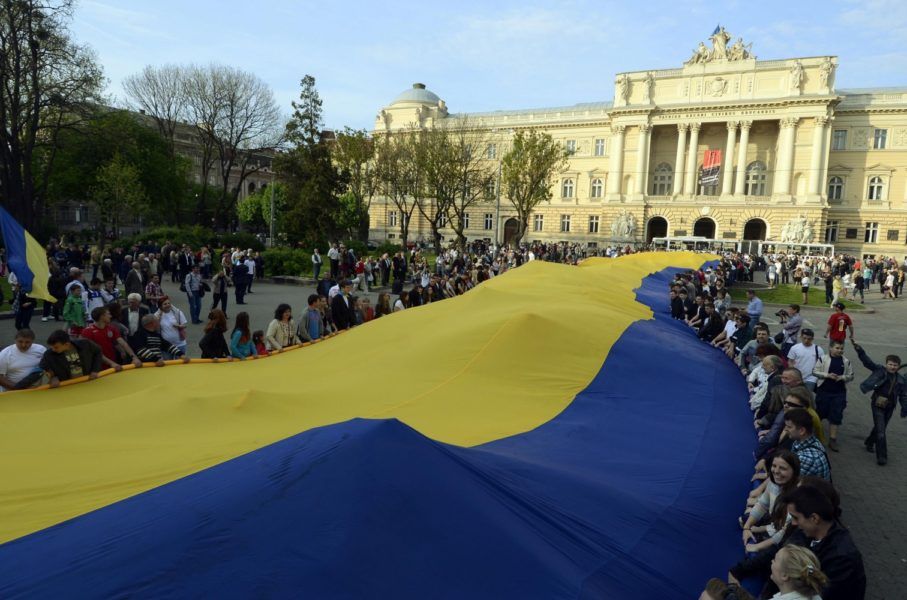 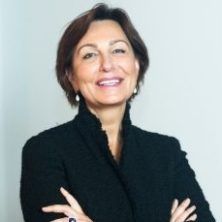 Irina Paliashvili
Member of the Board of Directors of KSE

16 September 2014 was a dramatic day in Ukraine’s history: the Rada (Ukrainian Parliament) in a closed, secret vote adopts the Law on special status of Donetsk and Luhansk separatist regions, providing for local self-rule and amnesty to the separatists-terrorists, who in turn are not amused and respond with the announcement that they have created the joint army of “Novorossiya” (Putin’s term meaning “NewRussia”), while Russia, which lobbied for everything the new Law provides for, welcomes it with the Russian Defense Minister announcing that Russia must deploy a “full-fledged and self-sufficient” army in the Crimean direction.

Also today the Rada ratifies the EU Association Agreement, but implementation of the parts of it is delayed. On top of that, the Rada, after several failed attempts and the threat from Speaker Turchinov to keep them locked inside until they carry out the final vote, adopts the Law on Lustration too! One of the most odious Rada Deputies from the Party of Regions is caught by protesters outside the Rada and is thrown into the garbage bin, but after being extracted by bodyguards, he has no complaints: Hey, it’s all good, no hard feelings, Guys! As my Swiss friend says: “Well, but the Rada always has been rather sporty!”. The blogosphere exploded and my head is spinning, it is impossible to evaluate or predict anything anymore!

Overall though everybody agrees that Ukraine faces two major challenges: external and internal. The external threat has been documented and exposed to the entire world to see, and the civilized world has been taking increasingly serious actions. Paul Gregory in his recent Forbes column brilliantly analyzed the latest sanctions against Russia, just right and just right on time. Looks like it becomes mainstream opinion that Putin is kaput in the long run, but how long is long, and how we in Ukraine survive in the meantime? And here we come to internal challenges.

The mood in Kiev is very confused, lots of internal problems: ATO is suspended, but Russian Grads continue non-stop shelling of Ukrainian positions, some battles are going on, and Ukrainian warriors are getting killed every day. I read several first-hand accounts from members of the regular army and volunteer battalions and they are all similar – from the Government: no weapons, no food, no supplies, no money, no support to the families, no information, no coordination, wrong orders, mismanagement, corruption, total lack of responsibility (Illovaisk was a catastrophe, some say intentional, but nobody in the top was held responsible). There is massive volunteer assistance going on, but this is by far not enough, and citizens are running out of money too because the economy is so slow. Many of the volunteer fighters, the best of them who survived, resigned and went home to support their families. The economic reforms are not moving forward, the Government is taking some baby steps here and there, just to be reversed later in favor of the corrupt class.

In addition, the Rada election campaign is starting in full swing. Many leading activists, trusted journalists, Maidan veterans, and volunteer battalion commanders have been pulled in different directions by politicians to enhance their party lists (I am in favor of all of them going into the Rada, by the way, we need battalion commanders there even more than on the suspended ATO grounds), but they should have united instead of being pulled by political class in different directions one by one, and being corrupted or discredited one by one (there is black PR machine working already, for example, against Donbass commander Semenchenko). The glimpse of good news is that the Lviv Mayor Sadovyi is running with the new party “Selfhelp”, which may be, just may be, would fill out the long empty niche of a patriotic, pro-small business party. They will for sure have my vote.

Amazingly, our rotten political class is busy with the same old game of elections and corruption, ignoring the signs of grave danger gathering around them; people are extremely angry and some of these people are armed and went through the hell of ATO (antiterrorist operation). The phantom of the third Maidan may very well materialize from what I am hearing and reading, and if the Euromaidan was anticolonial, this one will be aimed at elimination of our broken political system, as well as the ruling class, I am afraid physically. Where is the leadership that can show real progress and real action to prevent this, even out of fear? Can it be that their greed and rotten instincts are much stronger than their survival instinct? I saw a telling quote in comments on Internet (sorry, it is in colloquial Russian, no time to translate, but in essence the people now are like a predator before the attack):

Another blog I saw, from the blogger who was drafted to the regular army (rare news coming from a regular army member and not a volunteer battalion member, who are usually more free to talk) and came back for a short break, warning of some imminent events originating within the regular army and another one, with a more competent analysis of internal threats.

This sounds scary, and the situation may get out of control pronto, but is it under control now? And under whose control? The West is busy with external threats and with containing Russia, which indeed should be the top priority, but does the West understand that the key for containing Russia and preventing the WWIII is fortifying Ukraine from within? Is there any serious and urgent effort to firmly guide the Ukrainian Government and the military towards real substantive reforms and actions, towards the civilized modern system, and away from the third Maidan explosion?

The internal situation is summarized in the most recent report from the visit to Ukraine by the former US Ambassador to Ukraine Steven Pifer. He concludes that if the Ukrainian ruling class does not put their act together, “Kyiv will have a difficult time addressing the many challenges confronting it. And it will have a much harder time securing stronger support from the United States and Europe if the West feels that it has seen the movie before … and already knows the unhappy ending”. Well, if the West remains indifferent to the internal challenges of Ukraine, this time it will not be just watching, but will play one of the main victim characters in this horror movie. The current mantra “it is for Ukrainians to decide, blah-blah-blah” does not work anymore, internal problems of Ukraine today are the external problems for the entire world. Are the Western leaders paying enough attention? While providing a very important and justified assistance, the West must fully engage and demand real reforms from the Government, otherwise this demand will come much more forcefully from the people of Ukraine, a one small actor in all these grandiose games, repeatedly discounted by everybody, and repeatedly changing the course of history.

Ukrainians want very simple things that the civilized world is taking for granted; they want justice, rule of law, self-governance, easy and transparent political and legal system and respect for human rights. They are not at all calling for “expropriating expropriators” (the slogan of the Bolshevik Revolution), moreover most of the activists are small or medium entrepreneurs, who understand what it takes to run business, to create jobs and to support their families. They are not falling into despair or panic, but they make it very clear to the ruling class that they will no more tolerate lack of reform, abuse by the Government and corruption. After all the sacrifice, is this too much to ask? And, if the ruling class fails to get it one more time, the garbage bin may seem like a very comfortable place for them. The West must make them understand it, make them take urgent and earnest reforms to prevent the third Maidan, while most Ukrainians will be only too happy just to go back to their daily jobs, understanding very well that every effort, however small, makes a difference, and it is not the time to give up now!