What Poroshenko did and did not say? Content analysis of the President’s speech 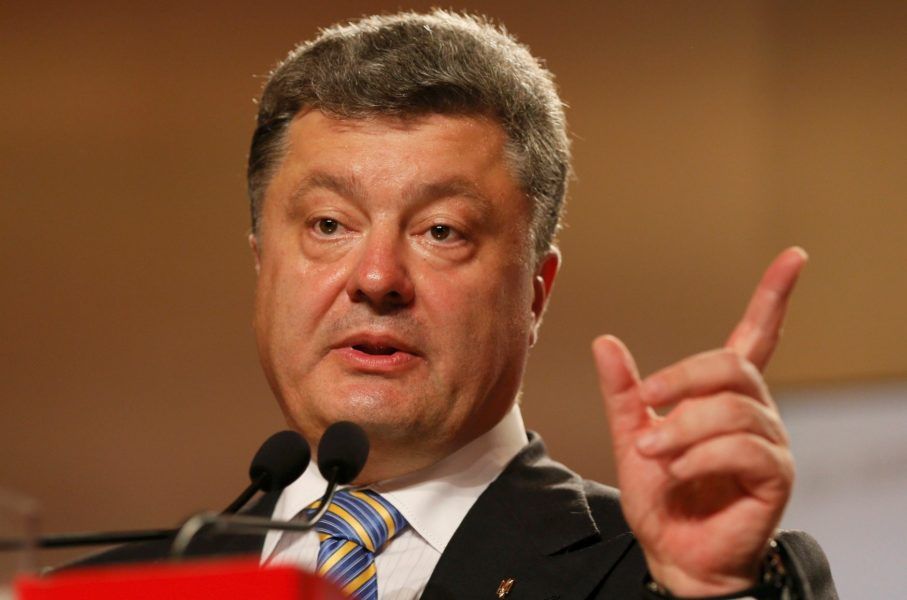 President Poroshenko finally gave a speech. In a long-awaited speech, he said 2,685 words in about 27 minutes. What messages did he deliver? Content analysis, a basic tool in psyc hology, postulates that people frequently mention topics they worry about.

In a nutshell, if somebody cares about health, he or she will talk a lot about health directly and indirectly. By looking at the relative frequency of words, one can infer a person’s priorities. Using this insight, we can try to understand what is on Poroshenko’s mind. 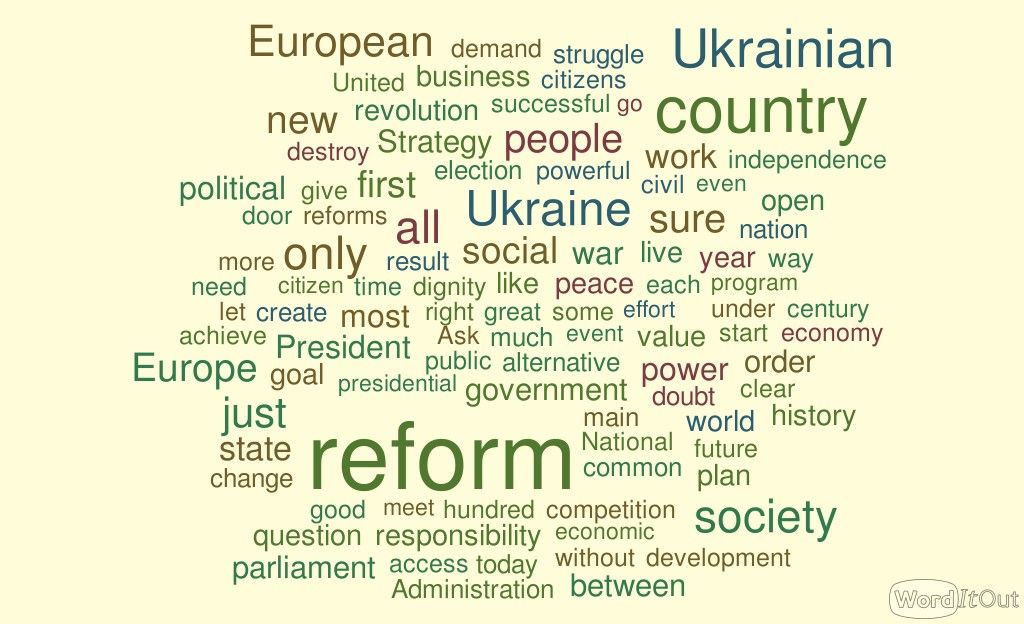 To improve our inference, we do several additional steps in our analysis. First, some words are mentioned frequently just because they connect different parts of human language. These words can clutter the picture and so we eliminate words like “between”, “year” and so on. Second, different words may be related and therefore should be considered as a cluster. For example, one can group words {war, peace, soldier, army} into cluster “war” and words {government, minister} into cluster “government”. Even though such groupings can be somewhat subjective, it does not really affect main conclusions. We report results after these two filters in Figure 2. 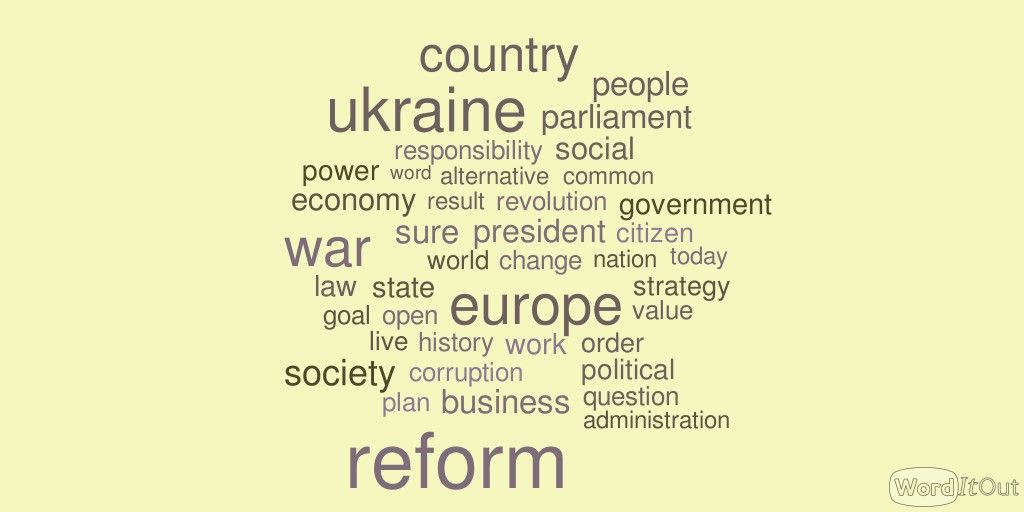 However, Poroshenko did not give details on what or how he is going to implement reforms, he did not outline at least broad contours of principles underlying the reforms, he did not provide dates or deadlines (other than year 2020 when everything is going to be great) people should watch for. Obviously, it is hard to fill a relatively short speech with details but the lack of such details may signal a lack of commitment. In other words, if a politician promises X by a certain date, then it is easy to monitor progress to X and hold this politician accountable. If there is no well specified goal and a deadline for it, then the process can take a long time to achieve the goal (if achieve at all) and nobody is going to be responsible for that.

To put this in a perspective, consider two examples. U.S. President Obama promised to pull out American troops from Iraq (specific target) by 2012 (specific time frame) and he got it done. In a less positive example, he promised to close down the prison in Guantanamo Bay (specific target) in a year since the start of his presidency (specific time frame). He received a lot of criticism for not delivering on his promise. Had he not say what he is going to do exactly and when, this would have never been an issue. But he could not do such a thing in a country where politicians are accountable. In any case, Obama’s promises were much more specific than Poroshenko’s.

Hopefully, the president will have more frequent speeches filled with timelines and specifics. It will help not only the public to get a sense of where the country is and where it is going but also impose discipline on the government and make it deliver its promises. Otherwise such exercises in communication with the public are likely to reduce to empty slogans and propaganda.