Thirty thousand national officials and politicians have securities and corporate rights (own a business or a share in a business). We have analyzed every one of them – as to what politicians and public servants are related through common property and probably common interests and where one should look for potential conflict of interest.

Ukraine lacks a well-developed stock market and has a very small share of people using stocks, equities, shares and other corporate rights for investments. Among top officials, the situation is quite different: for example one out of two heads of Oblast State Administrations or MPs and one out of five members of the Cabinet of Ministers own stocks or proprietary rights in business, while the President of Ukraine has one of the most diverse «collections»: he owns securities, corporate rights, or is a beneficiary in more than 100 companies. The property of high public servants and officials is not a reason for envy or «class enmity», but it deserves careful analysis involving search for patterns and anomalies. Thus, if two or more politicians, deputies, government officials or judges co-own a company, it is highly likely that they share a common interest or face a potential conflict of interest if their official responsibilities are related to the company’s activities. The overall goal of such an analysis is to promote transparency and accountability, detection and neutralization of conflicts of interest, and, as a result, higher efficiency of the Ukrainian authorities.

To find links between officials (co-owners in companies), we used network analysis to check all their electronic declarations. All on all, we reviewed more than 30,000 people who had declared securities, corporate rights, or companies in which they or their family members are beneficiaries.

How we made the calculation

Since 2015, Ukrainian officials submit online declarations of income and assets. This data is open to the public; when filling in the current declaration form the declarants are required to provide a lot of data on the legal entities related to them: income-yielding companies, placement of monetary assets and financial obligations, organizations of which the declarant is a member, as well as companies in which he or she has an ownership position, owning securities, corporate rights, or being a beneficiary.

We have analyzed data on ownership positions in companies — securities, corporate rights, or beneficiary status. We have limited ourselves only to property-related data, disregarding for example membership in organizations and associations, since ownership creates the strongest relationship, while data on income sources or membership in organizations contains a lot of «noise» and thus requires additional filtering.

The source of data is the website of the project «Declarations» of the NGO «White Collar Hundred», which provides an API for access to data. For our analysis we selected annual declarations for 2017. Ownership positions in companies were declared by about 30,000 persons (~3% of the total number of declarants). The analysis was performed using Python, in particular the NetworkX package. The code we employed is available on Github.

What companies are most popular with Ukrainian officials?

Let us first see what companies are most «popular» among the officials, i.e. which ones have the largest number of owners. As was to be expected, these are large joint-stock companies whose shares are, or were previously, traded in the stock market. The top 10 most popular companies include Ukrrichflot (declared by 375 persons), Ukrtelecom (327), Zaporishstal (299) and others. A total of 2,000 declarants have ownership positions in these companies.

From Scheme 1, which shows the top 10 most popular companies, one can see that these joint-stock entities are «interrelated» in that some declarants own shares in several of them. For example, a judge, a tax official and a SSU representative declared owning shares in Ukrtelecom and Azovstal. Most likely, however, these links don’t mean anything: it is highly probably that such shareholders of public companies don’t know each other.

Apart from popular companies, one can also select «popular» declarants, i.e. those who have ownership positions in many companies. Four persons declared such positions in more than 100 companies. These are President Petro Poroshenko, MP Vadym Novynskyi, Furshet supermarket network owner Ihor Balenko, and — the most interesting case — deputy of a village council in Kharkiv oblast Oleksandr Zabolotnyi (mass media have already written about his ownership of more than 150 companies, e.g. here).

Now let us see how declarants are interrelated through business (companies).

Who co-owns companies together with the President?

Let us refer to relationships between declarants with ownership positions in the same company as the strongest ones.

Let us identify persons with ownership positions e.g. in companies in which Petro Poroshenko is a shareholder/beneficiary or holder of corporate rights (we have chosen the President as a public figure and the most influential person who, inter alia, has a very wide range of business interests).

Poroshenko has ownership positions in several large companies related to many declarants; these include Prominvestbank (Poroshenko’s share amounting to 0.000015%), the Vinnytsia Confectionery Factory (its principal shareholder being Roshen — 99%, the factory’s employees accounting for about 1%), and the Kryzhopil Sugar Refinery. In the diagram, these are the nodes with the largest number of «neighbors».

But we are interested in relationships of a different type. For example there are two declarants with ownership positions alongside of Poroshenko in several companies. Such a connection is much stronger and requires close attention. Indeed, these two people are Poroshenko’s business partners currently holding high public offices: MP Ihor Kononenko and First Deputy Secretary of the National Security and Defense Council of Ukraine Oleh Hladkovskyi. The three of them all have ownership positions in the International Investment Bank as well as in the Cyprus company Ri-System Limited; Kononenko also has such positions side by side with the President in six more companies.

An analysis of the links between individual officials or a search for connections between certain persons is, so to speak, a precision weapon. But one can also analyze connections within a certain group of declarants. For example let us consider the highest executive and legislative levels: the President, the Parliament, the Cabinet of Ministers, the heads of Oblast State Administrations, as well as the top administrators of a number of governmental agencies, such as the Anti-Corruption Bureau, the Prosecutor General’s Office, the National Bank, the Anti-Monopoly Committee, the market regulation commissions: National Commission for State Regulation of Energy and Public Utilities, National Commission for State Regulation of Communications and Informatization, National Commission for Securities and Stock Market, and National Television and Radio Broadcasting Council. The groups under review consisted of the heads and their deputies, members of commissions and boards, and authorized persons. We analyzed a total of more than 600 persons, including 423 current MPs.

More than 40% of these officials had declared securities, corporate rights, or companies in which they or their family members are beneficiaries. The highest shares were recorded for the heads of oblast administrations (55%) and the MPs (51%). The share of the Cabinet of Ministers (inclusive of the ministers, their deputies, and the state secretaries of the ministries) was 21%; of the other officials, 24%.

As to the MPs the highest shares of beneficiaries and/or owners of securities or other corporate rights were those of the People’s Will deputy group (84%), the Renaissance Party (67%), and the Opposition Bloc (63%); the lowest, of The People’s Front (32%) and Liashko’s Radical Party (38%).

Noteworthy is the strongly interconnected group of seven declarants (two ministers — Kubiv and Hrynevych, four MPs, and head of the Commission on Securities). However, these seven declared securities — domestic government bonds issues by the Ministry of Finance. Such links cannot be regarded as evidence of conflict of interest or common business interests.

Another fairly large group includes the President. As we have already noted, he is linked to Ihor Kononenko (the two mentioned the same 8 companies in their declarations). Moreover, he is connected through ownership of shares in Prominvetbank with MPs Nestor Shufrych and Yukhym Zviahilskyi, as well as with First Deputy Minister of Youth and Sports Ihor Hotsul and First Deputy Minister of Regional Development, Construction and Housing Viacheslav Nehoda. However, Prominvestbank is a nonstandard joint-stock company, its 99.77% being owned by the Russian Vnesheconombank (100% in possession of the Russian Federation) and 0.23% of its shares being scattered among thousands of shareholders. Ownership of its shares was declared by 80 officials, so it is hard to draw any conclusions on the basis of such connections.

There are a few more joint-stock companies with «overlapping interests» of well-known politicians and officials. For example Opposition Bloc MP Serhiy Liovochkin is «connected» to National Securities Commission member Oleksandr Panchenko — both owning shares in Ukrtelecom. But Ukrtelecom is one of the largest joint-stock companies under review in this research (its shares being owned by 327 declarants) and so this connection may be accidental. Panchenko also owns shares in other companies, in particular Motor Sich whose shares were declared owned by more than 80 officials, including People’s Will MP Viacheslav Bohuslaev and acting Minister of Finance Oksana Markarova.

Other connections involve couples of officials. These may be relatives, like brothers Mykhailo Dobkin and Dmytro Dobkin, whose families own shares in the Volodymyr-Volynskyi Poultry Factory, or BPP MP Anatoliy Kuzmenko and his son, head of the Kirovohrad Oblast State Administration Serhiy Kuzmenko — who co-own 18 companies, in particular the Oleksandria Sugar Refinery, the Svitlovodsk River Terminal, and the Football Club Oleksandria..

Some MPs have business connections through their family members. For example the wives of People’s Will MP Vasyl Petiovka and nonaffiliated MP Ivan Baloha are shareholders of the Mukachevo Motor Transport Base as well as beneficiaries of the companies Zakarpatagroholding and Zakarpatsilhospservis. The wives of Samopomich MPs Lev Pidlisetskyi and Oleh Lavryk are shareholders of the company Pivdenzakhidelektromereshbud. The wife of PF MP Mykola Kniazhytskyi owns 22.5% of the capital of the company Astra Finance whose end beneficiary is the son of nonaffiliated MP Kostiantyn Zhevaho.

Overall, 96 (37%) of the 261 top officials that mentioned ownership of certain corporate rights do not possess any such rights themselves; ownership was declared with reference to their family members’ rights.

Certainly, the presence of common business interests should not be interpreted as implying that the officials will inevitably get involved in some kind of conspiracy, especially in the context of ownership positions in large joint-stock companies. However, such connections may be a risk factor and so it is useful to have information enabling fast identification of their presence and, accordingly, abuse prevention.

We believe that words can be powerful and that ideas are highly influential. VoxUkraine brings together the best economists and helps them to deliver their ideas to tens of thousands of Ukrainians. The content of VoxUkraine is free (and will always be free); we do not sell any advertisements and we are not involved in lobbying. To conduct more research, to create new influential projects and publish lots of quality articles, we need clever people and money. We do have the right people! Please support VoxUkraine. Together we will do more! 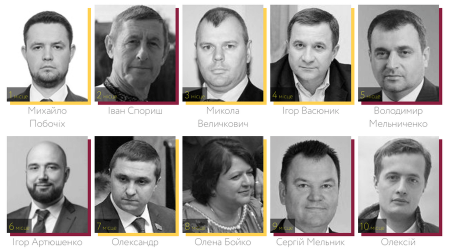 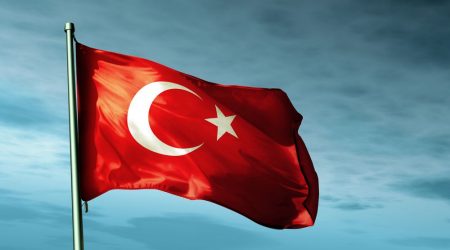 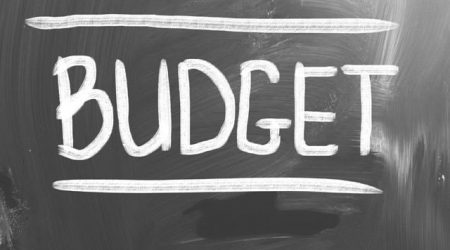 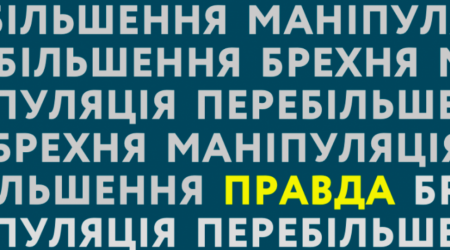