Sadly, Crimea is set to descend to the economic abyss similar to what we have seen in Transnistria in Moldova and Abkhazia & South Ossetia 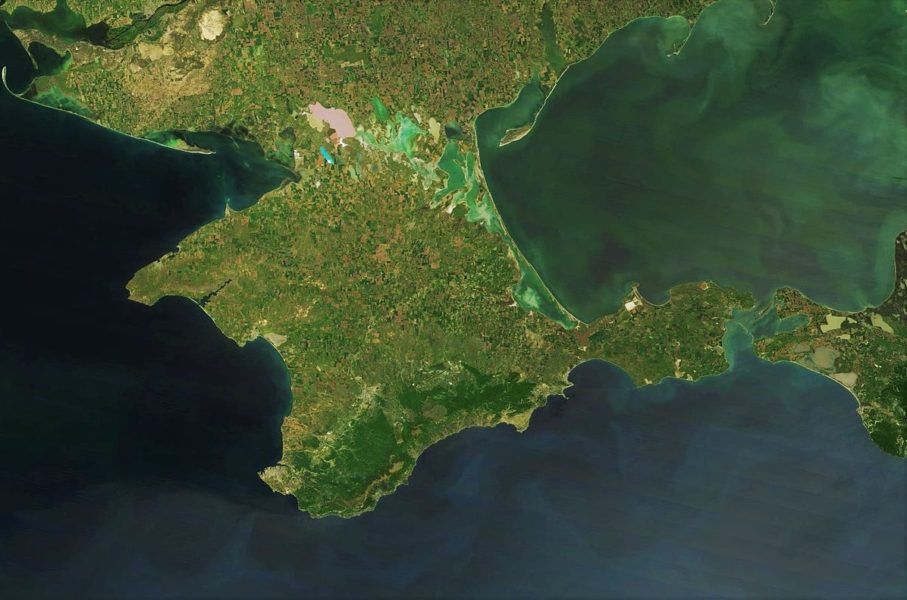 Two days before the historical Election Day in Ukraine Russian President Vladimir Putin announced at the St. Petersburg International Economic Forum that “Russia will respect the choice of Ukrainian people” and Kremlin “will work with the newly elected structure.” Shortly afterwards he made several remarks that this cooperation with the newly elected head of Ukraine will unavoidably deal with Ukraine’s $3.5 billion debt for natural gas. But the issue of who owes who and who owns what goes much, much deeper. It is particularly acute after Russian unlawful annexation of Crimea.

Mr.Putin insists that Kremlin will discuss price discounts for Russian natural gas only after Naftogaz, the Ukrainian state energy company, repays its previous debt to Moscow which currently stands at $3.5 billion and the gas price is $485.5 per 1,000 cu m. On April 28, 2014 Naftogaz sent a “counter-offer” to Russia’s Gazprom demanding to pump 2 billion cu m of natural gas into Ukraine’s underground storage reservoirs as compensation for the loss of Chornomornaftogaz (Crimean energy company which pumps oil and gas from the Black Sea shelf). Mr. Putin insists that the dialogue between two countries must be based “not on demands or ultimatums with unclear motivations but on civilized market work”. The “civilized” part is questionable since Ukrainian side does not view the gas price as fair (the price is one of the highest in Europe; it is now cheaper for Ukraine to buy Russian gas from Hungary), the “market” part is very imperfect since Russia is virtually the only source of gas to Ukraine. Moreover, a “gas problem” is also tightly connected to a territorial and naval one.

In 1997 Ukraine and Russian Federation entered into agreement on the conditions of the fleet’s location in Crimea, which was extended, in violation of Ukraine’s constitution, by 25 years in 2010. The lease of military base on the Ukrainian territory became possible in exchange for a discount (lowering export duties on the gas) of $100 on each imported 1,000. This deal could have lasted for next two decades, but apparently Russia saw it as unbearable burden: why should one pay if one can take it for free? Immediately after Crimea was annexed by the Russian Federation, Kremlin started to believe that the military base is no longer located in Ukraine, and, thus, there is no reason to comply with the agreement. That is why after giving it a thought on March 31, 2014 Grigory Karasin, Russian Deputy Foreign Minister expressed Kremlin’s eagerness to discuss property issues on the termination of bilateral agreements concerning the Black Sea Fleet base. Without a doubt, Mr. Karasin was puzzled a bit while saying something like that because the Russian Federation was unsure whom to negotiate with and who has legitimacy in Ukraine: ex-president Yanukovych, who was kindly hosted in Rostov-on-Don (and left all the comfort of a prosperous life in his “humble” Kiev mansion) or the new Ukrainian transitional government, tenderly labeled as “Kiev [Criminal] Junta”. Now there’s a hope that May 25 elections bring clarity to this matter since Ukraine introduces the world its newly elected leader. However, Petro Poroshenko, the de facto president-elect, in his post-elections briefings emphasized that gas discounts/debts should and will be discussed only in conjunction with other issues concerning Ukraine’s sovereignty and territorial integrity.

Prior to the annexation, the Crimean parliament voted on a resolution that all Ukrainian state property on the territory of the Black Sea peninsula should be nationalized and become the property of the Crimean Republic. Ukraine’s Acting Prime Minister Arseniy Yatseniuk commented this motion as follows: “Today we’re engaged in a serious conversation on the financial responsibility of Russia for what happened in Crimea. It was Russia that, using weapons, committed a holdup on Ukraine and nationalized dozens of Ukraine’s state-owned facilities. We are talking not about billions, but about hundreds of billions of US dollars.” On May 5, 2014 Ukraine’s Acting President Oleksnadr Turchinov brought into force the resolution of the National Security and Defense Council “On the set of measures aimed at protection of property rights and interests of Ukraine during the temporary occupation of Ukrainian territory.” Under this resolution Ministry of Justice and State Property Fund together with other executive and self-governmental bodies must submit materials confirming the value of state property located on occupied territory to General Prosecutor. The latter is free to initiate criminal procedures based on such estimates and evidence, while Ministry of Justice is encouraged to amend the complaint against Russia to the European Court of Human Rights. Justice Minister Pavlo Petrenko confirmed Ukraine’s plans to amend the statement of the case in order to clarify the amount of damage caused by the violation of property rights during peninsula occupation.  He stated that “[a]ny state property located on the territory of Crimea is the property of Ukraine.” The loss of the Ukrainian side in this conflict is estimated at around $80 billion, and this estimate does not include lost profits and value of minerals. For example, just for a part of the latter, 165.3 billion cu m of gas and 44 million metric tons of oil in Crimea is worth about one trillion U.S. dollars.

Occupation of Crimean territory has affected not only inter-state relations, but also created numerous challenges for individuals and legal entities. The first and major one is registration, modification or deregistration of real estate, which became excessively complex in the light of the fact that Crimea was disconnected from various all-Ukrainian public registries, including Ukraine’s State Registry of Property Rights to Real Estate. Apart from this major bureaucratic challenge, the legitimacy of any purchase of real estate is questionable as long as international community deems Russian annexation of territory in breach of international public law. Ukraine’s Parliament describes Crimea as a “temporarily occupied territory” in its legislation and urges that any judicial transaction regarding real estate made in breach of Ukrainian legislation is considered invalid. Currently it is presumed that documents issued by Ukrainian state authorities before Crimean annexation are valid on the territory of Crimea. However, it is unclear whether they are valid on the whole territory of Russian Federation and whether there is any deadline for modification of the title to real estate located in Crimea (which can be performed only by state registrars of continental Ukraine). The next problem is a due compensation in case if Russia decides to nationalize real estate and land, which are privately-owned. Ukraine is not capable to secure such kind of property located on the territory of peninsula and the only way out for private owners may be redress to international arbitration procedure under Ukraine-Russia bilateral agreements on protection of mutual investments.

Russian attempts to put aside an intervention question and focus on the gas debts is very unlikely to be successful since Ukrainian authorities including newly elected head of state will not enter negotiations about gas prices exclusively. While politicians are playing their war and whoever will own the region in the result, local population suffers from numerous problems related to private-property ownership and faces the risk of nationalization of private immovable assets without due compensation. Moreover, Crimean population also experiences difficulties with dual currency regime and frauds deriving from it, as well as with the change of regulatory regime (in order to conduct business in Crimea citizens are required to re-obtain work permits, licenses, certificates and permits before 1 January 2015).  This glaring lack of clarity about property rights and no prospect of resolving this problem any time soon made Crimea extremely unattractive for investing.

Sadly, Crimea is set to descend to the economic abyss similar to what we have seen in Transnistria in Moldova and Abkhazia & South Ossetia.