Andrei Kirilenko: There is a 500-Year-Old History of Formal Self-Governance in Ukraine 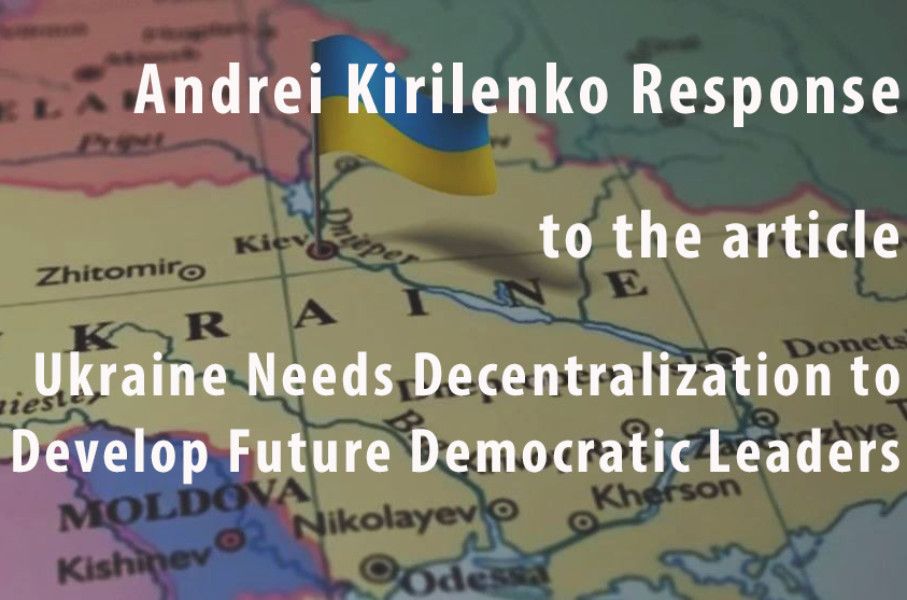 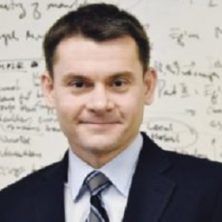 At the bottom of a hill overlooking river Dnipro in Ukraine’s capital Kyiv stands a medium-size white monument. The monument consists of a baroque looking column resting on a smallish pedestal with a crumbling staircase leading up to it. The column is topped with what looks like a golden sphere with a cross.

The monument, which ranks 219 out of 507 things to do in Kyiv on Tripadvisor, is known as the Magdeburg Rights Column. The Magdeburg Rights are a set of medieval rights of towns to govern themselves. They basically consist of the right of local governments to make laws; the right of local judges to dispense justice under local laws; and the right to levy local taxes and fees and keep most of the proceeds. These rights are local or decentralized, i.e., separate from the ‘federal’ laws of the kings, emperors, presidents and such.

By some accounts, the merchants of Kyiv acquired Magdeburg Rights sometime between 1494 and 1514 or more than 500 years ago. The rights of the Kievans to govern themselves were repeatedly confirmed by Polish kings, Cossack hetmans, and Russian emperors. From time to time, these rights were restricted or taken away altogether; most recently by the Soviets. The monument itself was built during 1802-1808 when local self-governance was briefly permitted yet again.

This is a long way to say that there is a 500-year-old history of formal self-governance in Ukraine. The formal principles of local self-governance are not new to Ukraine. They have been established centuries ago. Local self-governance can be said to be a “natural way” to govern in Ukraine, albeit interrupted by wars and occupations. The recent drive for decentralization is yet another episode when the power to formally govern themselves is supposed to return to the local communities.

Mylovanov, Myerson, and Roland in their Ukraine Needs Decentralization to Develop Future Democratic Leaders highlight one important element of local self-governance: local self-governing communities serve as incubators, competitive “sand boxes” for the development of the country’s future national leaders. Perhaps this development channel ends up working as envisioned by the authors or perhaps there is another channel – to me, the very long history of self-governance in the key parts of Ukraine is indisputable evidence that this is what local communities really, honestly want.

The history of Ukraine shows that when local communities are allowed to govern themselves, somehow they do it better than the kings. If communities can make their laws, resolve their disputes, and keep their taxes – commerce prospers; infrastructure improves; churches, theaters and monuments get built; and people do much better overall. If laws are made by kings, disputes are resolved by the king’s appointees; and taxes go to the kings’ supporters – well, Ukrainians know quite well where it inevitably ends up – commercial activity moves to other places, ambitious local people leave, and infrastructure falls into disrepair. Much like the monument in Kyiv.

And speaking of the future national leaders, there is another interesting detail about the Magdeburg Rights column in Kyiv. It is simultaneously known as the Monument of the Christianization of Rus – hence, the golden sphere with a cross on top. Reportedly, the monument occupies a site where many centuries earlier a local king chose to baptize his sons into Orthodox Christianity. That local king, armed with the new unifying principles, eventually became the national leader of Rus, the precursor of Ukraine. Like the monument, Ukraine is a curious blend of influences and cultures. Its future national leaders need to be open to external knowledge, gather their strengths from the local communities, and be able to make personal sacrifices for the benefit of public service. If they learn to do it well that at a local level like Mylovanov, Myerson and Roland suggest – great!