Instant Parsing: Does The Geneva Agreement Defuse The Ukrainian Crisis? 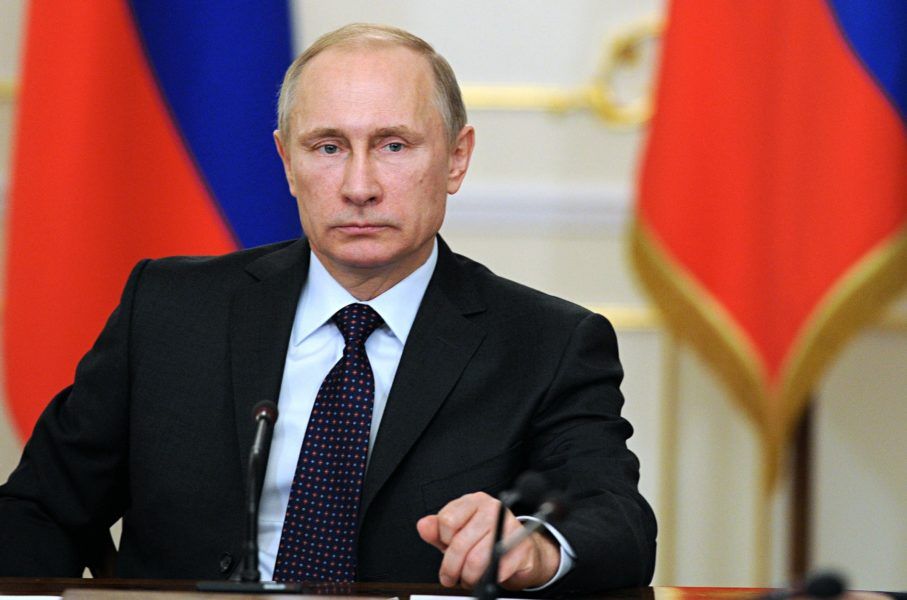 Today’s events constitute a surprise for me. I had expected a recalcitrant Russian negotiating stance that would deteriorate into a pointing of fingers of blame. The result, by all appearanceswas surprisingly positive, although the agreement was reached by ignoring or not spelling out the major points of contention.

The Ukraine Crisis talks among Russian, Ukrainian, and European and U.S. foreign ministers concluded in Geneva today with what is touted as a breakthrough agreement. The main points of the agreement include the cessation of violence and the rejection of extremism, the disarming of illegal armed groups and the return of seized buildings, and amnesty for protesters. The US, EU, and Russia agreed that OSCE international monitors should play the leading role in monitoring de-escalation progress. The parties agreed that the process of Ukrainian constitutional reform should be an inclusive, transparent and accountable national dialog that includes all of Ukraine’s regions and political constituencies. The signatories recognised the importance of the economic and financial stability of Ukraine and declared themselves ready to discuss measures of support. 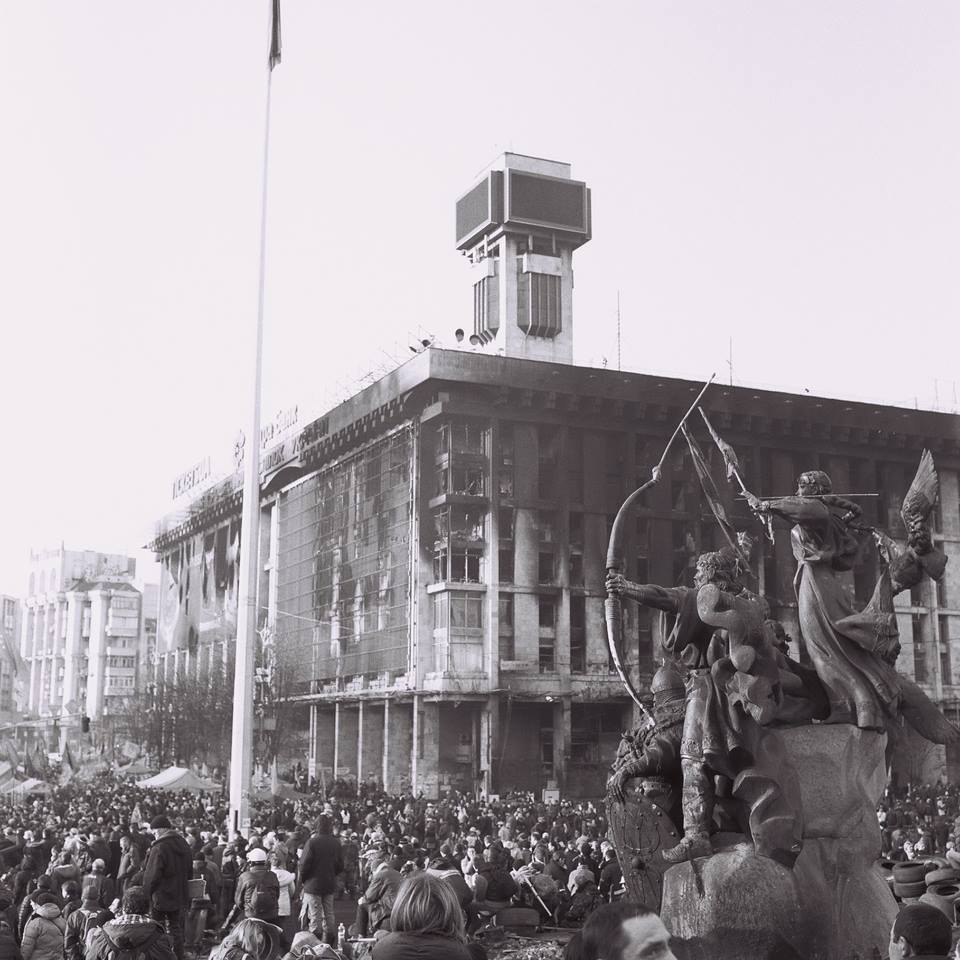 The communiqué contains no mention of Crimea. (John Kerry: We did not come here to discuss Crimea). It also avoids reference to the presidential election, scheduled for May 25, although EU Commissioner Catherine Ashton declared that a free and fair election would be the best way for all sides to express their opinions.

In his remarks, Russian Foreign Minister Lavrov denied the presence of “excessive” Russian troops on Ukraine soil. (Which is an admission that they are present but not too many).  He also declared that Ukraine must preserve its “neutral status,” although this key point is not in the agreement.

The Geneva agreement sketches out a general plan for de-escalation and leaves the key details out. How, for example, is the Russian side to disarm local pro-Russian forces and convince them to leave occupied buildings, if they are, as claimed, self organized and independent of Russian influence? The Russian requirement that Ukraine maintain its “neutral status” is not in the agreement but would require Ukraine to nullify its association status with the European Union. Ukraine’s joining of the European Union was at the heart of the Euro-Maidan protests, and the Russian foreign minister appears to be requiring that Ukraine drop its goal of becoming part of the European economy.

The Geneva Agreement does not spell out the process of constitutional change, nor does it mention the planned May 25 presidential election. Russia had earlier demanded that the presidential election follow constitutional change. How transparent and open-to-all-regions constitutional reform is to be carried out remains unscripted. Most important of all, will it include Russia’s earlier demand of March 30  that a new constitution gives the regions the right to determine their own external economic and political associations – a provision that would likely result in the dismemberment of the unified Ukraine state.

The Geneva Agreement spells out general guideposts. If it results in the de-escalation of protests and the vacating of occupied buildings in southeast Ukraine and the disarming of unauthorized forces, monitored by international observers, the agreement offers a breathing spell for all sides. The agreement does not spell out the heavy lifting on the two major issues: the degree to which the regions will be autonomous under a new constitution and Ukraine’s willingness to sacrifice its goal of joining the European Union.

If the Geneva Agreement does indeed represent a softening of the Russian position, we must consider the reasons for Russia’s change in heart. We cannot look inside Vladimir Putin’s head. Maybe, he has signed the agreement with no intention of implementing it. He’ll simply argue that circumstances, such as Ukrainian extremist sabotage, took matters out of his hands. Putin tried his best, but the other side must cooperate.

If the Russian side intends to honor the agreement, certain speculations come to mind to explain the change of heart:

First, Putin could have decided that Ukraine has been taught its lesson. If it leans towards Europe and installs a government unfavorable to Russia, it now knows what its punishment will be. Putin may have brought Ukraine to the brink, to step back at the last moment to see if they understand what he can do to them. In addition, Russia used their incursion into southeastern Ukraine to appoint their own people to government and police positions. He may feel that he has installed enough loyal people to  fashion the new constitution in favor of his interests.

Second, Putin could have felt threatened by the report of the United Nations Human Rights Commission (issued Geneva April 15) that came down hard on Russia’s Crimean invasion and  on the violations of human rights in occupied Crimea, failed to find systematic violence against ethnic Russians, and blamed the violence of Maidan on former president Yanukovich and his riot police. Putin could not very well afford to be putting himself against the United Nations, where he has used his veto with great effect.

Third, Putin may have indeed wished to avoid tougher sanctions on his inner circle and may have become more concerned about the collapse of the ruble and the possibility of economic recession at home. An overlooked factor is that Russia has been conducting an economic war on eastern Ukraine, which has brought it to a standstill. Given the tight linkages between the Russian economy and eastern Ukraine’s heavy industry, Russia perhaps decided that it could not afford a collapse of Ukraine eastern heavy industry.

Fourth, Putin’s Big Lie campaign featuring non-stop fabricated coverage of near civil warfare in southeastern Ukraine perpetrated against helpless Russian was in the process of being exposed by European and American mass media. The most important media sources in the United States and Europe (New York Times, BBC, Web.de Magazin) increasingly were reporting the untruths, lies, and distortions of Russian officials and media.

There is, however, one issue that does not  sit right. Putin has used the Big Lie to whip the Russian population into an anti-Ukraine frenzy. The Russian people and those of southeastern Ukraine exposed to this propaganda believe it, and Putin’s personal popularity has soared with rising Russian nationalism. How will the Russian people react if and when he turns off the propaganda switch? If he does not, will the Russian people not conclude that he has struck a pact with the devil in Geneva? If he turns it off, they will ask how the atrocities of the Ukrainian extremists just stopped in an instant?

Putin may or may not have a ready answer to my puzzlement, but rest assured he has thought this through carefully.