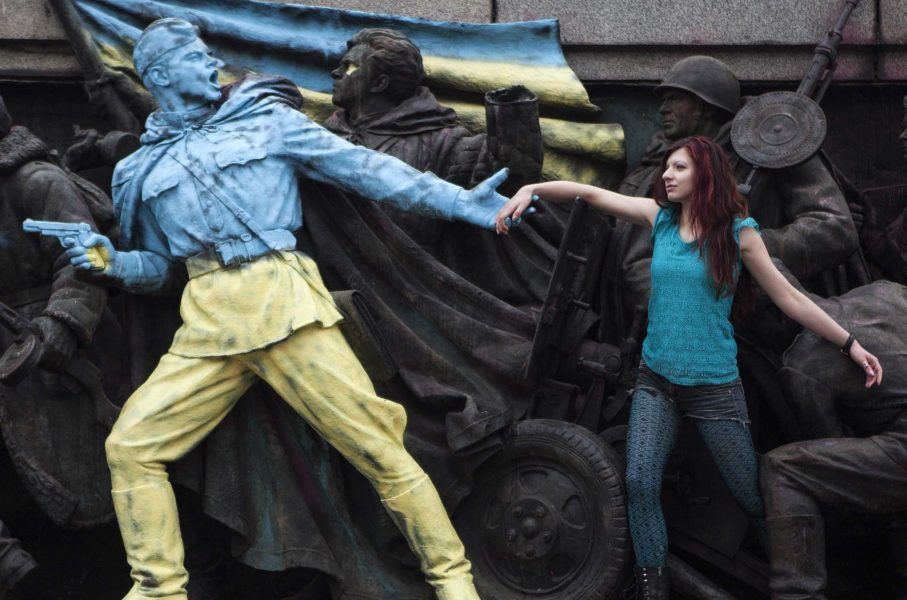 In 2013, Ukrainians filed 13,152 complaints to the European Court of Human Rights (ECHR) which constituted 13.3% of all claims in the ECHR and put Ukraine in #3 position. The large protests in Kyiv and subsequent escalation leading to the Crimean crisis resulted in numerous human rights violations in Ukraine. Notably, attempts to address these grave breaches of the European Convention on Human Rights were undertaken not only by Ukrainian citizens, but also by the government of Ukraine in proceedings against Russia. This post suggests a brief review of the filed complaints and examines whether ECHR’s willingness to provide redress for the alleged breaches necessarily results in effectiveness of these decisions.

The ECHR, in application of Rule 41(2), has given a priority to two cases filed by Euromaidan activists injured by riot police during the protests in Kyiv: Sirenko v Ukraine and Derevyanko v Ukraine. Both applicants are Ukrainians who have taken part in the Kyiv protests since November 2013. They argue that the measures employed by Ukrainian authorities to quell the demonstrations were performed in breach of protestors’ rights under Article 3 (prohibition of inhuman or degrading treatment), Article 5 (right to liberty and security), Article 8 (right to respect for private life), Article 11 (freedom of assembly and association), Article 13 (right to an effective remedy) of the European Convention on Human Rights, and under Article 1 of Protocol No. 1 to the Convention (protection of property). While Ihor Sirenko litigates against disproportionate use of force by special police units and subsequent unlawful detention, Yuriy Derevyanko adds Article 2 (right to life, in substance) to the list of violated provisions under the Convention since his complaint addresses the risk to his life and physical well-being posed by the extensive use of live ammunition, explosives, water cannonsand other tactics deployed by authorities.

These two cases are unique since national court proceedings have not taken place in these or similar cases yet, while the ECHR reviews cases only when all local remedies were exhausted or proved to be inefficient. Thus, reaction of the Court and its eagerness to adjudicate is the strong indicator of international community’s disbelief in justice within Ukrainian judicial system. However, optimistic prognosis for successful dispute resolution in favor of applicants may be misleading due to the long-established tradition of Ukraine’s failure to enforce the ECHR decisions. Volodymyr Yavorsky, member of Ukrainian Helsinki Human Rights Union Board, calculated that the cost to Ukraine from the ECHR rulings against Ukraine exceeds 1 million EUR, including over 601,500 EUR solely for the cases involving non-enforcement of court rulings.

Complaints by the government of Ukraine

The more complex situation rises in the case of Ukraine v. Russia. On March 13, 2014 (a few days before the Crimean “referendum”) Ukraine’s government lodged an inter-state application pursuant to Article 33 of the European Convention on Human Rights against the Russian Federation concerning military threats posed by intervention of Russian troops in Crimea. With a due regard to the high risk of military confrontation, the government of Ukraine also submitted a request under Rule 39 of the Rules of Court for an interim measure asking Russian government to refrain from measures that might threaten the life and health of the civilian population on the territory of Ukraine. The ECHR President of the Third Section, Dean Spielmann, decided to apply Rule 39 and called upon both states to “refrain from taking any measures, in particular military actions, which might entail breaches of the Convention rights of the civilian population, including putting their life and health at risk [and] to inform the Court as soon as possible of the measures taken to ensure that the Convention is fully complied with.” The inter-state case procedure before the ECHR is an uncharted territory since the Court has considered only 16 cases before (3 of them were brought by Georgia against Russia). Certainly, such rarity raises number of questions:

A. Why Strasbourg, not Hague?

Andriy Deshchytsia, the Acting Minister of Foreign Affairs of Ukraine, announced that Ukraine plans to file lawsuits against the Russian Federation in several international courts, including the ECHR, the International Court of Arbitration in Stockholm, the International Court of Justice (ICJ), and the International Tribunal for the Law of the Sea. One could have thought that suing Russia over its military occupation of Crimea (in terms of international public law) before ICJ may be a more appropriate and logical. However, Georgia’s experience in litigation against Russia demonstrates the opposite. Georgia lodged three inter-state complaints before the ECHR and brought the case to ICJ. The application in the latter case was declared inadmissible since ICJ can adjudicate on the merits of the case only if both conflicting state-parties made declarations accepting the Court’s jurisdiction as compulsory. Unlike proceedings before ICJ, inter-state complaints in Strasbourg do not require any kind of additional acknowledgment of the Court’s jurisdiction and, hence, dispute on the Crimean crisis in terms of human rights law becomes more plausible. Human Rights Watch in its review of the situation in Crimea confirmed that “[ECHR] retain[s] jurisdiction over Crimea and may be called upon to adjudicate or issue opinions on whether violations of relevant treaties have been committed by Ukrainian or Russian authorities.”

B. Are interim measures binding and effective?

Interim measures were initially designed to prevent immediate and irreparable damage to the applicants in individual cases. They were declared binding in the case of Mamatkulov and Askarov v Turkey by a decision of the Court (not by the text of the Convention). The efficiency of mush measures in the instances of inter-state application remains highly disputable. For example, in the case of Georgia v Russia II Georgia requested interim measures in relation to military action in South Ossetia and Abkhazia, and then subsequently claimed that Russian authorities failed to comply with these interim measures during military confrontation. Nothing indicates that Russia is likely to change its “ignore policy” in the Ukrainian case.

C. Which state is likely to be held responsible?

The question on responsibility of the both states is contingent on the question about whether Ukraine retains jurisdiction over Crimea and which state effectively controls disputed territory. For the purposes of Article 1 of the European Convention the concept of “jurisdiction” assumes that a state’s jurisdiction is primarily territorial and is presumed to be exercised normally throughout the state’s territory. This presumption may be constrained in those cases when a state is prevented from exercising authority in a part of its territory. In exceptional circumstances a state may exercise its jurisdiction extraterritorially, e.g. as a consequence of military action when such a state actually has effective control of an area located outside its national territory. In case of Ilaşcu v Moldova and Russia both respondent states were held responsible under the Convention: Russia Federation was recognised responsible for military, economic, financial and political support provided to the regime in Transnistria, which was under its effective authority; while Moldova was responsible for failure to take sufficient measures to ensure that applicants were released from unlawful detention. The jurisprudence on the matter of extraterritorial application of human rights in conflict situations has been developing in recent years and the upcoming decision in the case of Ukraine v Russia is likely to move the threshold of each state’s obligations even further.

In all of the above-mentioned cases the Court is likely to face another challenge: once again it has to clarify the “grey zone” between international human rights law and applicable standards of international humanitarian law. It is likely that decisions will contribute to the argument in favour of further merger and interdependence between two overlapping bodies of law. Although the Court was criticized in blogosphere for inability to prevent the war (and that is too much to demand from international judicial body), these cases are expected to bring manifold developments in disputed legal issues and clarify legal standards applicable in times of conflict.