From Russia with “love”: The languishing of unrecognized republics

Sunday, March 16th is the day of Crimean “referendum” in Ukraine. One of the possible outcomes is a “vote” to join Russia. Speaking about Crimean “referendum”, one can’t help thinking that this exercise in vox populi is a gross farce. First, it was declared unconstitutional by the Constitutional Court of Ukraine. This decision effectively shut down access to the list of voters and so it is not even clear who is going to vote. Second, some of the bulletins

First, it was declared unconstitutional by the Constitutional Court of Ukraine. This decision effectively shut down access to the list of voters and so it is not even clear who is going to vote. Second, some of the bulletins are already printed with a tick next to the question on whether the voter supports Crimea becoming a part of Russia. Third, this referendum won’t be recognized by any civilized country (however, it is very likely to gain support of Russia, Syria’s Bashar Assad and maybe North Korea) since the people of Crimea are going to vote under the guns of Russian occupant forces and unwavering gaze of so called “kazaki”—pro-kremlin thugs who disgrace the legacy of “cossacks”, a democratic rebellion community in the southeast of Ukraine and southwest parts of Russia.

What is likely to happen after such a “referendum”? History provides us with a few examples that might be particularly relevant: unrecognized republics of Transnistria in Moldova and Abkhazia & South Ossetia in Georgia.

Transnistria is effectively a narrow strip of land along the Moldovan-Ukrainian border. The history of “independence” dates back to early nineties, when after the dissolution of USSR some military units, supported by Russia and ubiquitous “kazaki” provoked a military conflict in attempt to separate Transnistrian territory from Moldova. 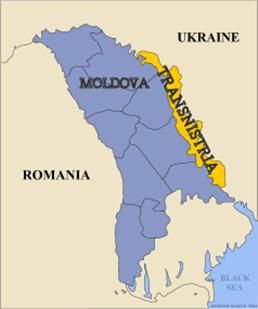 Today population of Transnistria is just over half a million people and GDP per capita was around $2,000 in 2010 (Ukrainian GDP per capita was around $3000, Moldovan – around $2,000, but this is likely an understatement of welfare in Moldova given that a huge part of national income is remitted to Moldova from abroad). Most of the output in the economy is produced by a handful of heavy industrial, electric and manufacturing plants built during the Soviet times. Export is undiversified, most of the goods are sold to Russia, on which Transnistria is also dependent in terms of gas imports. The region suffers from fiscal problems, debt per capita is 6 times higher than that in Moldova, most of external debt is held by Russia. The second largest company in Transnistria, Sheriff, is run by former special service officers (and suspected mafioso), who allegedly launder the money and evade taxes. Freedom House characterizes Transnistria as a non-free territory with human rights violations. The region is also a “heaven” for smuggling of arms and drugs as well as human trafficking. As one of my Moldovan friends noted, Russia keeps the patient in coma but doesn’t let her die, and this can last forever.

Situation in Abkhazia and South Ossetia is even worse. These regions proclaimed self-independence from Georgia after the Russian-Georgian military conflict in the summer of 2008. Both states are dependent on Russian aid money, there is high incidence of corruption (in contrast, Georgia has become one of the least corrupt countries in the world), foreign investment is nonexistent and domestic industry is impotent. Similar to Transnistria, the territories are crime zones where assassinations and kidnappings are not uncommon and where Russian “peacekeepers” along with local criminal elements organize the smuggling network. Law enforcement and protection of human rights are weak. Tourism, once a flourishing industry in beautiful Abkhazia, is in decay. 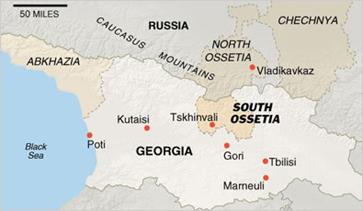 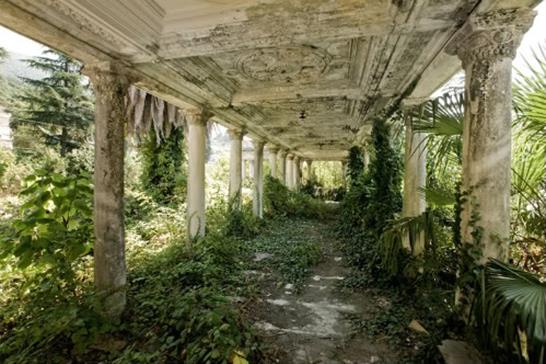 Given the experience of self-proclaimed states Transnistria, Abkhazia and South Ossetia, Crimeans should prepare for hard times. They can expect a stagnant economy, deterioration of the rule of law, and complete dependence on Russian willingness to keep the living standards at subsistence level. With a reasonable degree of confidence, one can also predict soaring crime rates, disruption of railroad and air traffic with the rest of the world, problems with gas and water supplies (that are now being supplied from mainland Ukraine), and reduction in the flow of tourists (main source of income for many Crimean). One should also understand that Crimea in many respects is similar to Florida in the U.S.: both are popular destinations for retirees. In case of cessation or joining Russia, who is going to pay pensions in Crimea is far from being clear. In short, the outlook is dim and perhaps the worst part of it is that the opinion of Crimeans counts very little for what is going to happen on the 16th of March.