What is really at stake in Crimea?

Despite the explosiveness of the current situation, the invasion is likely to backfire for Putin and to consolidate the reform process in Ukraine 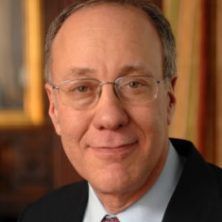 Roger Myerson
winner of the Nobel Prize in Economic Sciences (2007)

By ordering the covert invasion of Crimea, Russian President Putin created an extremely tense situation not only in Ukraine but also in the rest of Europe. The official motivation for his actions, i.e. to defend Russians living in Ukraine, is a sham. There is no evidence of the new (or any previous) government in Ukraine persecuting Russians or Russian-speaking citizens of Ukraine.

Nor is annexing Crimea likely to be his ultimate objective: Crimea obtains almost all of its fresh water and electricity from continental Ukraine, many of its people will resist a return to Russia, so that it will be difficult to integrate Crimea into Russia.  What are the real reasons for Putin’s actions and what is at stake? 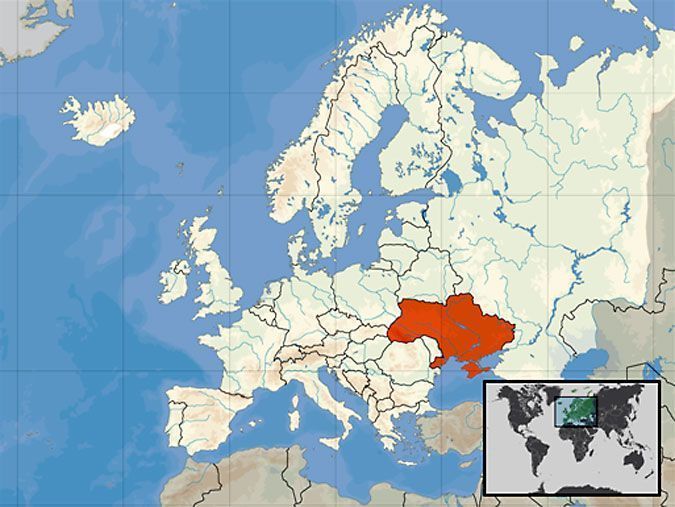 A key factor behind the Russian aggression is that Putin is strongly determined to make the February revolution in Ukraine a failure. For the second time in less than ten years, Ukrainians have mobilized to oppose corrupt and authoritarian governments. There is a strong determination among a large majority of Ukrainians to live under democratic institutions of high quality, similar to those in the West. This is the real spirit of the Maidan and of the February revolution. Dozens gave their lives for this goal, killed by Ukraine’s ex-president Yanukovych’s snipers. The revolution succeeded in ousting Yanukovych, a feat which seemed improbable just a few weeks ago. The success of this revolution is Putin’s worst nightmare, because such a revolution could extend to Russia too, where democratic aspirations hide behind the surface of Putin’s autocratic regime. Putin is therefore determined to do everything he can to make the young Ukrainian democratic experience a failure. The invasion of Crimea was a first step, destined to provoke the new government in Kiev and to create chaos. Fortunately, the new government has so far responded adequately by denouncing the invasion and not responding to this gross provocation and violation of Ukraine’s sovereignty.  However, it will become increasingly difficult for the Ukrainian government to sustain this responsible position, as Russian sponsored provocateurs continuously attempt to escalate the tension in Ukraine and as the incredibly Orwellian Russian propaganda pushes for an increasingly aggressive course of action. A Ukrainian military response of any kind in Crimea might lead to an invasion in the rest of Ukraine to put in place an authoritarian administration friendly to Putin.  Clearly, Putin is employing all means to achieve this goal and will not hesitate instigating the most monstrous acts and provocations to “justify” a military response. 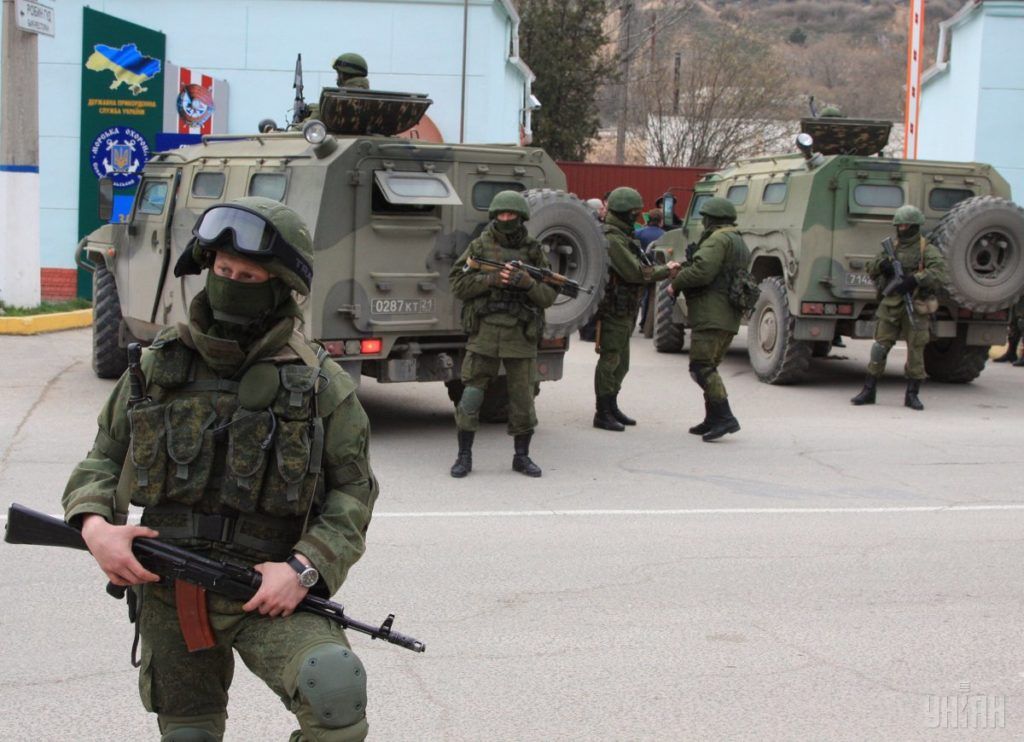 Putin’s actions are dangerous and risky, but the calculation on his part was cold blooded and clear minded. There were three key elements to his logic. First, an occupation of Crimea and other parts of Ukraine would be greeted as a liberation from a coup in Kiev. Second, Europe and the rest of the civilized world would be divided and unable to present a united front against the aggression. Western politicians would not risk energy supplies from Russia or ruin diplomatic relations with Russia over Ukraine. Third, the Russian propaganda would depict the February revolution as a fascist coup instigated by the West so as to isolate the new government in Ukraine.

So far, his calculations have not proved right. Ukrainians are united in their opposition to the invasion. It is clear to most that the February revolution was not a coup but the result of a mobilization of the Ukrainian people to establish true democracy in their country. While the Russian propaganda may have been effective in the beginning, few outside Russia are falling for Putin’s claims now. The U.S., Canada, U.K., the rest of Europe and most of the planet’s governments  have expressed their disgust with the invasion.

This strong international reaction may appear particularly surprising given the paralysis of politicians in previous crises and the absence of clear Western geopolitical interests in Ukraine. However, the stakes are incredibly high and a weak response by the international community could ultimately cost far more than a part of Ukraine.

In 1994, Ukraine voluntarily gave up the 3rd largest arsenal of nuclear weapons. No other country has ever given up nukes. Ukraine’s act of good will was heralded as a major success of efforts to limit proliferation of nuclear weapons in the world. In exchange, Russia, the U.S. and the U.K.—and later France and China—guaranteed the sovereignty and territorial integrity of Ukraine. Now one of the guarantor countries—Russia—is invading Ukraine and other guarantor countries appear unable to stop the aggression.  In light of this, how can one credibly guarantee the sovereignty and integrity of countries protected by non-proliferation and military treaties?  How will other countries under the umbrella of various U.S. security agreements—such as Japan, South Korea or NATO nations— perceive this inability of the U.S. to live up to its guarantees? The most likely response of potentially threatened countries will be to rearm themselves, thereby potentially starting an arms race.  Many countries—including Ukraine—have the technical capacity to rapidly develop nuclear weapons, as well as other weapons of mass destruction and the means to deliver them. A more militarized world, along with increased uncertainty about the willingness and ability of the U.S. and its allies to enforce security guarantees, will raise the frequency of armed regional conflicts, as well as the associated probability of inadvertent global war.  The invasion of Crimea may thus trigger a chain of events that threaten world peace.

Given Putin’s goal of destabilizing the new government in Ukraine, the best one can do to counter the Russian strategy is to help make the Ukrainian revolution a success. This implies several policy steps. First, one must help the new government and the reform process in Ukraine. Economic aid and technical expertise to help Ukraine reform its governance and find the road to macroeconomic equilibrium and a solid growth path are more important than ever, after the invasion of Crimea. Signing the association agreement with the EU as soon as possible is another critical step in this direction. A constitutional change to achieve political and economic decentralization has become urgent and would strongly improve governance of the country. An initiative in this sense started by 2007 economics Nobel prize Roger Myerson, is crucial here.

Second, the international community should use all means to stop the Russian aggression. The experience of Iran shows that diplomatic and economic sanctions can go a long way in making the aggression costly to the Russian government. Making these sanctions effective requires united efforts of the international community. While a military action should clearly be an act of last resort, a credible commitment to support the Ukrainian government in case of military confrontation inside Ukraine may in factdeescalate the conflict.  This is the essence of NATO’s success in preventing aggression against its member countries.

Third, it is important to debunk the Orwellian lies coming from Russia on the real situation in Ukraine. Pro-Russian forces have organized a vast propaganda campaign across the globe to repeat everywhere the Russian narrative of a West-orchestrated coup in Ukraine. This needs to be resolutely countered by getting the facts straight and exposing the lies.

Despite the explosiveness of the current situation, the invasion is likely to backfire for Putin and to consolidate the reform process in Ukraine. Given the Russian threat, Ukrainians understand clearly the need for fairly distributed sacrifices to improve the economy. They also understand that the strongest unity behind the new government is literally vital. The Russian invasion of Crimea makes Ukrainians even more determined to establish a successful democracy in their country. As for Putin, if he is unsuccessful in making the Ukrainian revolution fail, he may face a stronger protest movement in Russia than that of 2011-2013 and ultimately share the destiny of Yanukovych.