Draft Law on the Budget Code is not about decentralization, although it has some positive developme 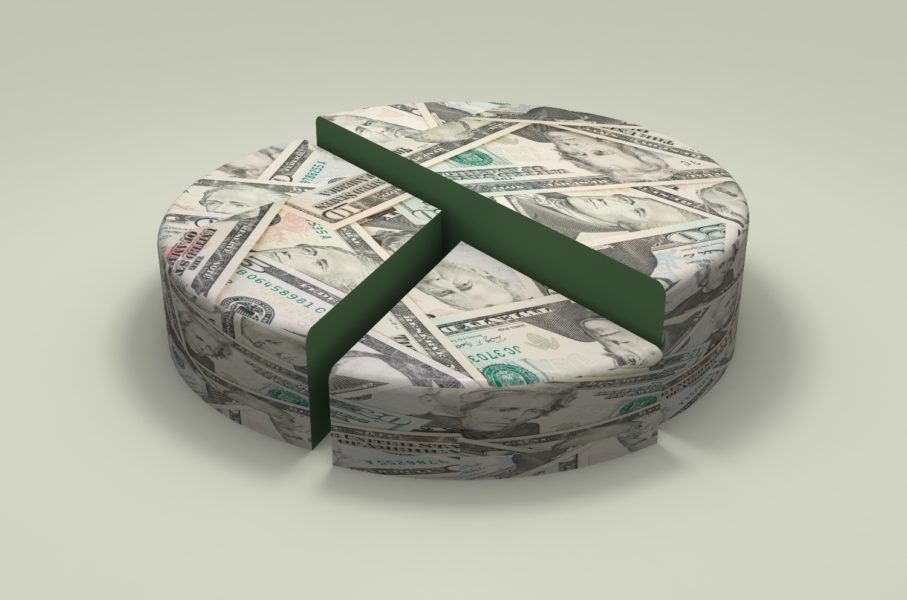 On August 8th, the government registered the Draft Law on changes to the Budget Code concerning decentralization. The draft law has already received some complimentary as well as some negative (here and here) feedback. Since the Draft Law was supposed to become an integral part of the decentralization reform package, this post analyzes it from this point of view. The main conclusions are:

Since the Draft Law was supposed to become an integral part of the decentralization reform package, this post analyzes it from this point of view. The main conclusions are:

The more detailed analysis is presented below.

Redistribution of expenditures between central and local governments

Following the experience of other countries that introduced decentralization reforms, the Ukrainian Decentralization Concept foresees three levels of local government – community (C), raion (R) and oblast (O), with the major competences and corresponding budget expenditures transferred to the lowest (community) level. The table below compares the distribution of public functions (and corresponding public budget expenditures) between different levels of government in the current system, the decentralized system as proposed by the Decentralization Concept, and the system proposed by the Draft Law on changes to the Budget Code.

The first striking inconsistency between the Draft Law and the Concept of Decentralization is that the former actually foresees two instead of three levels of local budgets: (1) oblast (ARC, cities of Kyiv and Sevastopol) and (2) raion/city/”united territorial community”. Obviously, the authors of the Draft Law assume that given a big “carrot” in the form of higher revenue base, and an equally big “stick” in the form of depriving villages and towns from the PIT revenues, “united territorial communities” will be formed quickly on the basis of the law “On the voluntary union of territorial communities”a adopted in the first reading in July 2014.

This is a very strong assumption given that, even if the law is adopted, the officials of local councils may well be reluctant to “voluntarily unite” their communities in order not to lose their jobs. Moreover, the “united territorial communities” would be financially equal to raions (i.e. have the same range of revenue sources and expenditures). Hence, their heads would demand political equality with the raion heads, which may result in prolonged local political conflicts. While these conflicts are resolved, villages and towns would remain underfinanced.

In summary, the Draft Law proposes delegation of some responsibilities from state to local level, at the same time centralizing other spheres. Namely,

Two things remain unclear, however: whether local governments get enough funding to support these programs and whether they will be allowed to decide on the distribution of these funds.

At the same time, the government centralizes financing of education (except for pre-school and out-of-school) and healthcare. Although the medical and educational institutions themselves will belong to local communities, the government will fully finance their operation through subventions. This contradicts the logic of decentralization, since a local community knows better whether to keep a given school or a clinic or to repair the road and introduce a regular bus route to the nearest town instead – and so should be able to make this decision.

A positive change proposed by the Draft Law is the transfer of responsibility to provide social security payments (to veterans, to those suffered from Chornobyl, to former coal miners and many others – the complete list is one-page long) from raion budgets to the central budget. These privileges have been granted by different laws and are financed from the central budget (raion administrations are only distributing the central budget subventions to eligible people). Hence, it is logical to pass on the administering of these payments from raion administrations to local offices of the Labour Ministry.

1. Person income tax (PIT). The primary source of local budgets revenues is personal income tax. Currently PIT revenues are fully allocated to the local budgets (except for Kyiv). The Draft Law proposes to allocate 25% to the central budget (and in Kyiv – 80%).

2. Enterprise Profit Tax (EPT). Currently EPT revenues (except for EPT on communal enterprises) belong to the State Budget. The Draft Law suggests to leave 10% of EPT revenues at the oblast level (including Kyiv and Sevastopol).

3. Payments for licenses, including licenses on production and trade in alcohol are transferred from city/town to oblast (Kyiv and Sevastopol) budgets.

4. The proposed redistribution of ecological tax (except for tax on creation and keeping of radioactive waste) is shown in the following table:

5. Currently, the rent for extraction of mineral resources (except for oil and gas) is divided 50/50 between central and local budgets. The Draft Law proposes to leave 100% of this rent at the state level.

7. The Draft Law proposes to cancel the fee for the development of orchards, wine-growing, and hop-growing (currently, belongs to the central budget), and to levy a 2% tax on retail sales of alcohol, tobacco and oil products, revenues from which will go to local budgets. Perhaps, entrepreneurs will be very unhappy with this new tax.

To sum up, let’s make a very rough calculation of what local budgets would gain or lose if the proposed changes are adopted (the table below uses 2012 data).

Thus, the proposed tax redistribution, holding everything else constant, is likely to result in lower local budget revenues, which, in turn, will cause underfinancing of central government programs delegated to the local level.

The proposed Draft Law replaces transfers with subsidies, and the subsidies take into account only the sum of EPT and PIT revenues received by local budgets. These revenues per person are compared to Ukrainian average, and the index of taxability is formed. If the index is lower than 0.9, a region receives a subsidy – 80% of amount necessary for the index to reach 0.9. Regions, where this index is higher than 1.1, transfer 50% of excess tax revenues to the central budget. Under this scheme, local budgets can be adopted even if the central budget is not, since the approximate volume of subsidy is known in advance, and correction, if any, will be minor.

Except for redistribution of some revenues and expenditures (which is not a real decentralization, as we have seen), the proposed Draft Law concerns other issues briefly discussed below.

1. Budgetary institutions are allowed to place own revenues and the funds of the “development budget” into banks, rather than Treasury accounts (the list of eligible banks is formed by the CMU according to the criteria of size and state property – currently, 13 banks would be eligible). However, if a budgetary institution does so, it loses the status of a “budgetary institution” and becomes an economic agent. How does this change of status happen in reality, and how does the backward change happen, is not clear. So, this “liberalization clause” is designed in such a way that no budgetary institution would be willing to use it.

2. The draft Law further develops the mechanism oof financinglocal government investment projects from the State Regional Development Fund of the State Budget. This Fund was introduced in 2012 and should have been no lower than 1% of General Budget Fund revenues, but in reality it has been five times smaller.

The Draft Law proposes to transfer the right to select investment projects to the Ministry of Regional Development from the Ministry of Economy, and also slightly change the criteria for distribution of funds: 80% based on regional population and 20% based on regional GDP (currently the proportion is 70/30). Although theoretically this Fund is a good idea, it offers high opportunities for rent-seeking, which in Ukrainian conditions will most likely be realized.

3. A very positive thing proposed by the Draft Law is limiting state guarantees provision: they will be provided to economic agents only for implementation of investment projects, and annual amount of state guarantees would not exceed 5% of the General Budget Fund revenues.
However, there is a fly in the ointment. Currently, the law states that combined volume of state and guaranteed debt should not exceed of 60% of GDP. The Draft Law proposes to exclude guaranteed debt from this calculation. While currently this is not a problem, since Ukrainian government debt is much lower than the threshold, this may cause problems in the long run because the guaranteed debt is also a state liability.

4. The procedure of obtaining loans by local governments is somewhat relaxed (as prescribed by the Decentralization Concept) – under the Draft Law, a local government is allowed to proceed with the loan if the Ministry of Finance does not provide its objections within a month after it receives the information about local government’s intentions to borrow.

If the government really wants to proceed with the decentralization reform, changes to the Budget Code should be developed simultaneously with:
– the tax reform (to account for potential tax revenues change);

– changes to the Law on self-government (the redistribution of powers and responsibilities between different levels of local authorities, changing the role of state administrations);

– and, perhaps, the administrative-territorial reform (in our opinion, very small share of communities would be willing to “voluntarily unite”, so this process should be imposed from above).

However, some clauses of the current Draft Law, such as the new approach to calculation of central to local budget transfers, can be adopted immediately.

P.S. A cherry on the cake. The government Decentralization Concept foresees that a local budget would receive a share of EPT revenues from newly created enterprises during five years after their creation. However, there is nothing about this issue in the proposed changes to the Budget Code.