An Anthology of Deception: What We Learned About Ukrainian Politicians’ Lies and Manipulations 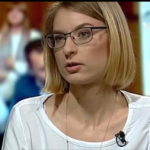 “Turkey is the safest country in the world,” “Unemployment in the US is as high as 42%,” “Male circumcision causes cancer.” These are not April Fool’s jokes; these are statements made by prominent politicians from Turkey, the United States and South Africa. The International Fact-Checking Day was celebrated globally for the first time on April 2. The above quotes were checked by fact checkers and presented on a website dedicated to the event. To be sure, all three quotes are lies.

During the year of its operation, the Ukrainian fact-checking project VoxCheck has repeatedly encountered statements that look at least as odd or are simply false. According to former head of the Security Service of Ukraine Valentyn Nalyvaichenko, the reason why the Government was able to raise the minimum salaries in 2017 was a loan from the IMF. Certainly, this is inconsistent with reality. The most recent, September tranche of the loan was only received by the National Bank. This was not related in any way to payment of salaries to state employees.

Here is another example: MP Oleksandra Kuzhel accused acting Minister of Health Ulana Suprun of allowing foreign pharmaceutical companies “to conduct experiments on Ukrainians” on account of her signing a clinical trial authorization. In reality, clinical trials have been conducted in Ukraine for a very long time and it was surely not Suprun who initiated that practice. Moreover, what is wrong with clinical trials if they enable mankind to develop new medications?

Former vice premiere Borys Kolesnikov is of the opinion that Ukraine should start building its economy according to international standards, with the agricultural sector accounting for 10%, industrial production for 20%, and service industry for 70% of it. That is all very fine; but the Ukrainian economy already conforms to the prescribed structure.

Watching the rhetoric of the main representatives of the Ukrainian establishment reveals that lying and manipulating are one of the instruments of political debate in Ukraine. And politicians have been using these techniques in a masterly fashion.

In 2016 and early 2017, VoxCheck most frequently focused on the following politicians: President Petro Poroshenko, All-Ukrainian Association “Batkivshchyna” leader Yulia Tymoshenko, Premier Volodymyr Groysman, and head of the Radical Party Oleh Lyashko. It was not on purpose that we followed statements made precisely by those people. VoxCheck is aimed at checking those politicians that create loud news stories and are widely quoted by mass media as well as those actively voicing their opinion on topical issues of the day. During the entire period of its work, VoxCheck has checked about 400 quotes from seventy Ukrainian politicians.

Below is our analysis of statements from the four key political newsmakers: What kinds of manipulations do they resort to? We emphasize that, in view of the small amount of information, we are not claiming that this is a scientific product; the text below merely presents the author’s subjective analysis.

When mention is made of Poroshenko’s associates or his business, he gives evasive replies to questions. At a press-conference in early 2016 Poroshenko reluctantly commented on Viktor Shokin, the Prosecutor General at that time. “It makes no sense to endlessly keep changing prosecutors general, with whom the Ukrainian people are always dissatisfied,” the President said in response to a journalist’s question as to when Shokin would at last be removed from office. The following was said about Ihor Kononenko, an MP and a friend: “Regardless of who is involved in corruption, the President will support anti-corruption investigations.” In early 2016 Poroshenko was talking a lot about deoligarchization (primarily telling the truth), but in his most recent speech he did not say a word about it.

It should be noted, however, that the President rarely says obvious lies. The President’s three long speeches that were checked by VoxCheck in a little more than a year could best be described as marked by a touch of exaggeration and boasting rather than by downright distortion of facts.

The Head of the State is best versed in economic issues. Poroshenko is good at citing data about increase in the GDP, in industrial production; he is knowledgeable about the situation in the banking sphere and in the oil and gas sector; he is well informed about Ukraine’s relations with the IMF. Usually, he talks mostly about positive, rather than negative, events, such as economic growth, currency rate stabilization, or decreasing inflation. He attributes these economic achievements to himself and his team of reformists.

Poroshenko often mentions decentralization; but in such situations either his memory or his speechwriters fail him. At a press conference in June 2016 he reported a twofold increase in local budgets. Addressing the Regional Development Council in March 2017, he repeated that assertion. In reality, however, there was no such increase in either case.

Criticism of opponents is one of Yulia Tymoshenko’s main weapons. At the budget hearings in late 2015, Tymoshenko accentuated economic decline, high inflation and devaluation. The politician supported each claim with statistical evidence. “Within two years the per capita GDP fell 1.9 times,” she said. The statistical information was correct; however, the parameter quoted by Tymoshenko to illustrate economic problems was not quite revealing, since it largely depends on the currency rate and does not reflect the price level in the country. Economists refer to GDP in terms of purchasing power parity, i.e. with consideration for the level of prices. During the two years in question, this index decreased by 17.6%. This figure is less impressive, isn’t it?

In May and June 2016 the politician strongly criticized the authorities for increasing the gas tariffs. In particular she referred to the fact that the population of Ukraine consumes 17.2 billion cubic meters of gas, whereas the country produces 20 billion cubic meters. “What’s the need for increasing the gas tariffs?” Tymoshenko would ask over and over again. Again, the statistical information is correct. However, the needs of the population are satisfied by one company only: Ukrgasvydobuvannya, with a gas output of about 14 billion cubic meters at that time. The rest of the gas was produced by private companies; it stands to reason that they can do anything at all with their own gas.

These quotes are textbook examples of manipulation, when the audience is given correct information along with distorted conclusions. Tymoshenko uses a similar approach when talking about minimum salaries, confiscation of residential property, the IMF conditions for cooperation, tax militia, etc.

In speeches by the Premier Volodymyr Groysman one can find truth as well as manipulations and deceit. Similarly to the President, he exaggerates the achievements or even attributes them to his own team. “We focused on addressing urgent issues. <…> We managed to unblock delivery of medications for cancer patients,” Groysman said shortly after becoming Prime Minister. In reality, however, this matter had been addressed by the previous government and the purchase of anti-cancer and other drugs had been unblocked earlier. A little earlier he spoke of a catastrophic fall in employment. This did not reflect the actual situation. Groysman also resorted to manipulations when discussing the ORDLO blockade; but he was not prevaricating when talking about the subject of special confiscation of funds belonging to Viktor Yanukovych’s associates.

The leader of the Radical Party less often uses statistics in his statements than the aforementioned politicians do, instead focusing on evocation of emotion. For example he often talks about impoverishment of the population, claiming that those in power have been turning people into paupers. As a rule, such statements can hardly be checked using facts. Nevertheless, even such emotional phrases can sometimes be subjected to fact-checking; and so it appears that Lyashko demonstrates a high level of manipulation. In particular Oleh Lyashko’s assertion that “Ukrainians can only afford eating meat and butter once in half a year” is wide of the mark.

More often than not, Lyashko also criticizes Ukraine for cooperation with the IMF. But his rhetoric in relation to the Fund has been changing gradually. In February 2016 Lyashko declared that loans from the IMF must be an instrument for economic growth – which is impossible a priori: the Fund provides loans for temporary adjustment of economic imbalances, but surely not for economic development. In December 2016 Lyashko said that IMF loans cannot be as effective as the internal market in promoting economic development. But in January 2017 his article about the IMF on Censor.net was critical not so much of the Fund itself as of the Government’s actions. “The mere emergence of such text should be welcomed,” the VoxUkraine Editorial Board wrote in its large review of the politician’s article.

How not to lie and yet remain a politician

Politics is unlikely to ever become totally free of manipulations and populism. However, Poroshenko, Groysman, Lyashko, Tymoshenko and many other politicians could avoid checks by fact checkers or even have their words confirmed and thus ensure media and electoral approval. How should one speak so as to avoid being accused of manipulations or lies?

We recommend that these tips be taken into account. A couple more years of work – and VoxCheck will have accumulated enough checks to draw definite conclusions on the rhetoric of some or other politicians and to compile a ranking of the most unveracious representatives of the political establishment. The deadline for the publication of such ranking is unpleasant for our politicians: very close to the dates of the 2019 parliamentary and presidential elections.