Are Ukrainians able to distinguish facts from fakes? What factors impact their judgment? Specifically, do they change their attitude to information when they are told that certain information was delivered by russian media?

To answer these questions, we analyzed the data collected by Factum Group in April 2022. Together with the demographic information, respondents were asked to evaluate whether certain statements were true or false. There were 6 true and 18 false statements that were high on the news at the time of the survey (see Annex 1 for details). Each respondent saw half of statements in their original wording, and half of statements preceded with the phrase “According to russian media…” (in random order). Respondents could provide one of four answers to each statement: True, Maybe true, False, Don’t know.

The main results are as follows:

In total we have 484 answers of respondents aged 18-55 from cities with more than 50 thousand people. The sample is representative of the urban population of the relevant age. Since the start of the full-scale invasion some people have relocated to other regions or abroad. The region of their origin is identified as of February 23rd, 2022. The respondents also indicated whether they remained in their home region, relocated within the same oblast or to another oblast, came back after relocation or went abroad.

Next we discuss the results in more detail.

Can people identify truths and lies?

Figures 1, 2 and 3 suggest that people can more easily identify a fake than a true statement – perhaps because often fakes are absurd and thus easy to identify.

As Figure 3 shows, not many people identified truths as fakes but rather high shares of respondents answered “maybe” or “don’t know” to the true statements.

Figure 1. Shares of people who could correctly identify certain number of truths

Figure 2. Shares of people who could correctly identify certain number of fakes

Our results do not allow us to make this conclusion. Shares of people who correctly identified true and false statements only in a few cases were statistically different for people who saw the statement with or without the “russian media” phrase. As figure 3 shows, shares of people who correctly identified these statements as ‘truth’ or ‘maybe truth’ significantly differed only for statement #3 - that 10 million of Ukrainians were displaced (which was true at that time, now the number is higher), and statement #6 -  that there were explosions in Belgorod. In both cases less respondents marked these statements as true when they saw the phrase “according to russian media” preceding the statement.

Figure 3. Shares of people who identified TRUE statements as true, maybe true, false or did not know, %

For 18 false statements the picture is even clearer. Only for two of them the shares of people who correctly identified them as false were statistically different when “russian media” part was added. These were fake #14 (Europeans are outraged by bad behaviour of Ukrainian refugees) and fake #17 (Zelenskyi promised to bring to referendum the issues of “denazification” and “demilitarization” of Ukraine). In both cases more people who saw the “russian media” part  identified these statements as false compared to the original statements.

A worrying sign is that shares of people who identified the statement about Ukrainian refugees as a fake were very low - 38% for people who saw the “russian media” part and only 25% for people who did not see it. This suggests the need to inform Ukrainians more about how refugees live and how Europeans perceive them and help them. This result may also suggest that stories and videos with “bad behaviour” of refugees distributed at that time by russian propaganda had some effect because people can easily remember instances when they had adverse communication experience with peer Ukrainians. However, even if some of these stories are true, they do not allow to make these strong generalizations that Ukrainians are not welcomed in Europe.

Another statement that our respondents had trouble identifying was fake #15 (that Louis Vuitton used letters Z and V in their new jewelry collection). 55% could not provide any definite answer to this question. Nevertheless, 46% correctly identified it as false. In some sense this fake fits into a russian narrative that “Europeans (European companies) trade values for money” that is quite actively proliferated by russian media. Thus, probably stories of companies that left russia should make their way into the Ukrainian media sphere.

Figure 4. Shares of respondents who recognized FAKES as fakes, %

Who can more easily distinguish truths and fakes?

To answer this question, we estimated whether personal characteristics of people, such as gender, age, region of origin and relocation situation, household income, family and employment status impact the probability of people correctly identifying true and false statements and the number of statements which they could correctly identify. We could not find any robust evidence that some personal characteristics systematically impact the ability to distinguish truths and fakes.

At best, one can suggest that higher education plays a mildly positive role: it was significant in regressions with dependent variables ‘identification of fakes’ but not in ‘identification of truths’ (at the same time, this result may be determined by a small number of true statements).

Thus, we can suggest that (1) some other factors impact the ability to distinguish truths and fakes or (2) that anyone, independently of his/her background, can be good at telling truths from lies - if he/she applies a little critical thinking.

The good news is that people are quite good at identifying fakes, independently of sources of these fakes. The not so good news is that people are less able to identify truths. Thus, official sources and media should pay more attention to delivering important information to Ukrainians. One specific topic that is insufficiently covered is Ukrainian refugees in Europe as well as other aspects of Ukraine-EU relations, such as EU companies leaving russia or supporting Ukraine. Thus, we advise the media to pay more attention to this topic, especially taking into account the prospect of Ukraine’s EU accession.

Annex 2. Summary statistics for the sample

Figure A1. Distribution of respondents by age and gender (number) 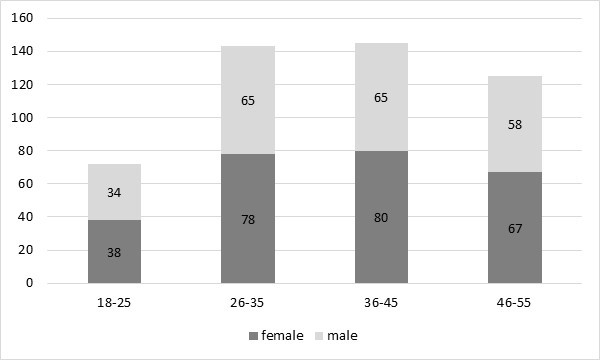 Table A1. Distribution of respondents by permanent and current place of living, %

Table A2. Distribution of respondents by education and employment, %

Table A3. Income distribution of respondents, %