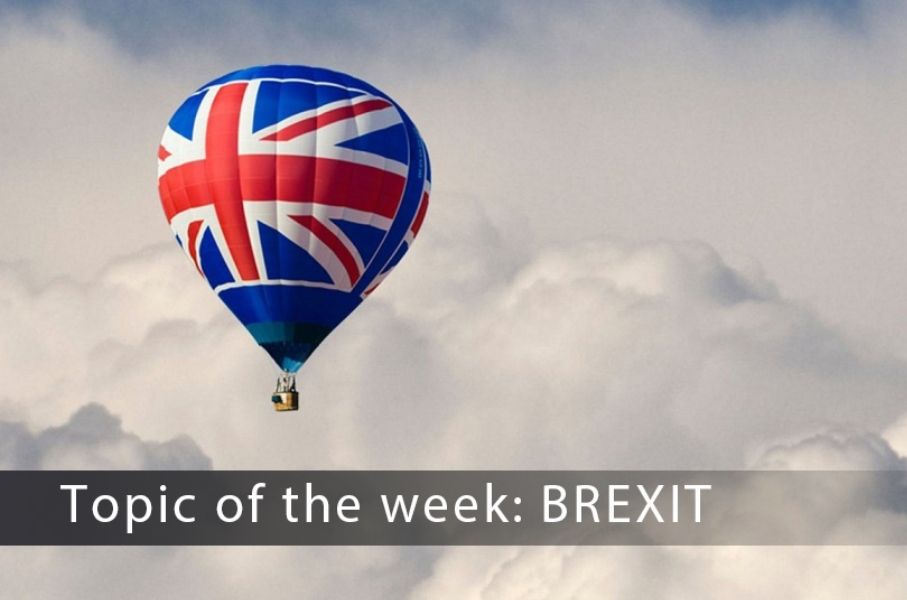 In a national referendum on June 23 Britons will decide whether they want their country to stay in the European Union (the EU) or exit the bloc. The economic consequences of Great Britain exiting the EU (Brexit) are believed to be negative but bearable. More important are potential geopolitical implications, as Brexit may trigger a domino effect among EU member states, significantly weakening the EU and strengthening Russia in global geopolitical arena. This may in turn reduce the EU aspirations of Ukrainians.

June 23 may become a remarkable day in the history of Great Britain and all of Europe. In a national referendum Britons will decide whether they want their country to stay in the European Union (the EU) or leave the bloc. Since the previous referendum was held more than 30 years ago in 1975, when British citizens voted for staying in the EU, they have had no opportunity to express their attitudes toward the bloc.

The referendum raised hot debates within the country and beyond. Firstly, because the outcome of the vote will have non-trivial consequences for UK domestic politics, the economy of the UK and the EU, as well as for the division of powers within the region. Secondly, because several days before the referendum date its outcome is still uncertain.

The latest opinion polls suggest that the public remains fairly evenly split, with 44% supporting the Leave option, which would result in Britain exiting the EU (what is called Brexit), and a similar share supporting the Remain option. Due to different polling methodologies, a lot of discussion is devoted to their accuracy and potential errors inherent in each methodology. Advocates of the Remain option pin hopes on the undecided voters, who tend to be the part of the population preferring to maintain the status quo.

There is still a high chance, however, that the majority of the British public will cast a Leave vote, despite many economists agreeing that Brexit would have negative effects for British economy. Three of the largest independent economic research institutes in the UK issued a joint statement claiming that the UK would be financially worse off outside the EU than in it. According to some estimates, the leave vote will send the UK economy into recession, causing real GDP to decline by 1% next year, with the bulk of Brexit’s negative impact not being felt until 2020, mostly due to high uncertainty during the lengthy exit process, which may take two years or longer, and the subsequent decrease in UK–EU trade.

Why should Ukrainians pay attention to a referendum in a country located 2400 km away and having little economic ties with Ukraine?  Ukraine’s external trade turnover with the UK accounted in 2015 for only 1.2% of total and financial links are also very weak.

There are reasons to worry.  Economy-wise, Britain’s potential exit from the EU will have negative implications not only for the UK economy, but also for the rest of the EU. According to JPMorgan estimates, Euro area growth could be depressed by 0.2-0.3 percentage points, compared to current already modest 1.8-1.9% growth forecasted by the IMF. Slowdown of growth in the EU – Ukraine’s largest trade partner accounting for 34% of goods exports in 2015 (USD 13bn) – will dampen the prospects for Ukraine’s economic recovery, making it difficult to reach 4.0% medium-term growth forecasted by the IMF. Some observers claim, though, that Brexit would help the remaining EU to speed up decision making processes and needed reforms .

More important are potential geopolitical implications of Brexit. With Euroscepticism rising across the EU, Brexit could trigger a domino effect in several of the EU member states endangering the overall stability of the bloc. A recent survey, which was conducted in 10 countries that account for 80% of the EU-28 population and 82% of the EU’s GDP, suggests that Euroscepticism is increasing across the EU member states, reaching the highest level in France and Greece. Even in Germany – one of the most powerful EU nations – the opponents and supporters of the EU are almost equally split. These counties along with Sweden, Denmark and the Netherlands may follow Britain and hold national referendums on disintegration issues.

Brexit will undoubtedly keep European leaders busy with settling internal issues, meaning Ukraine may disappear from radars of its European partners. The prospect of EU integration was an important external anchor for CEE countries on their transformation path helping their administrations to push through ambitious reform agenda and keeping popular support of Euro-minded leaders at high level.

Ukraine’s population clearly favors integration with the EU, as opposed to alliance with Russia, whose invasion of Ukraine pushed the latter into deep financial and economic crisis. According to a poll conducted in May 2016, 49% of Ukrainians support accession to the EU, while only 16% support  integration into the Russian-led Customs Union. But Brexit may significantly weaken the EU and strengthen Russia in global geopolitical arena. This may in turn reduce Ukrainians’ EU aspirations, whose standard of living declined sharply as a result of the economic crisis, as well as the short-term effects of painful reforms, such as the increase in domestic gas prices to import parity. Ukraine’s current leadership has to think carefully what they can offer to the general public in exchange, except for slow progress on reforms and unconvincing attempts at fighting corruption.

The author is grateful to Daryna Mykhayliv, Bogdan Baras’ and Oleksandr Zholud for providing valuable comments and information  for the article