The cost of rebuilding the Donbas, occupied now by the DNR/LNR, may reach billions of dollars 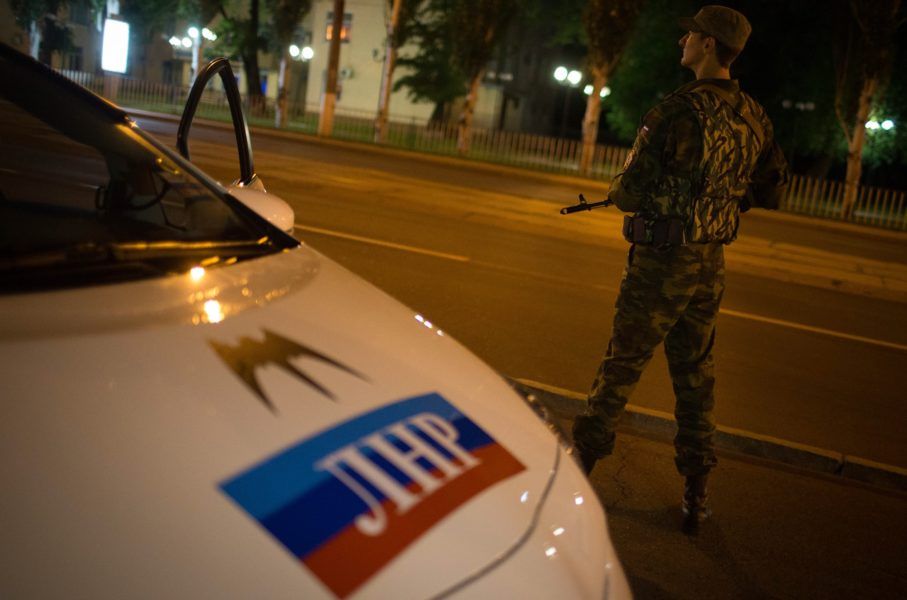 DNR and LNR—two unrecognized people’s republics in Eastern Ukraine—are going to collapse economically. Estimates suggest that industrial production in these areas contracted by as much as 80% relative to the pre-war levels. Many mines, factories, and infrastructure are severely damaged, often damaged beyond repair.

The cost of rebuilding the Donbas, occupied now by the DNR/LNR, may reach billions of dollars. However, there is a silver lining to this gloomy outlook: some of the destruction can be creative and help Ukraine.

The Donbas was a “coal capital” in the Russian and Soviet empires. But the golden days of coal are long gone for the Donbas. The peak was reached in the 1970s and since then coal production was largely on a downward trend, due to the availability of cheaper substitutes and depletion of easily extractable coal. While some coal mines are profitable, many mines struggle and the key reason why mining persevered at a large scale is a massive government subsidy. In 2013, the government spent UAH13.3 billion on coal subsidies to state-owned mines. This amount is equivalent to the budget of the Ministry of Defense or that of the Ministry of Internal Affairs. For many years, the government tried to shut down unprofitable mines but closing mines was a political minefield. Indeed, one government in the 1990s did not survive miners’ strikes. The coal industry also had a powerful, pro-subsidy lobby, populated by some of the wealthiest people in Ukraine. Other countries’ experiences suggest that winding down coal industry is an economically and politically expensive process (e.g., miners’ riots in the U.K.).

Furthermore, the coal subsidies in Ukraine were not only expensive, but also hugely distortionary. Specifically, each state-owned mine received a subsidy that was calculated to cover the difference between projected costs and sales. However, the subsidy’s calculation was tied to output (that is, the volume of raw coal mined), not sales. As a result, mines had strong incentives to mine low-quality coal which did not have a market as well as to mix in coal from illegal coalmines to receive subsidies on the whole amount (these illegal mines were booming as they neither paid taxes nor observed safety measures). As a result, there was an oversupply of coal. This extra coal was exported (US $740 million in 2013) such that Ukraine subsidized not only its power generation but also that of other countries.

In similar fashion, the 2013 state budget spent UAH 13.3 billion on subsidies, but the mining sector “earned the right” to demand UAH 15.2 billion. This scheme locked resources into inefficient uses and dragged down the development of the region.

What if Ukraine bought coal from other sources? Since the exchange rate is volatile and reliable information about coal mining in territories controlled by the DNR/LNR is scarce, we use figures from 2013. The price of coal in Ukraine in 2013 was about UAH 600 per ton, while the cost of Ukrainian coal from state-owned mines, the recipients of the subsidy, was about UAH 1,600 per ton. So each ton of Ukrainian coal from state-owned mines costs about UAH 1,000 in subsidies, or about US $120 at the 2013 exchange rate (around 8 UAH per US $). The cost of South African or Australian coal is about $95 to $100 per ton ($75-89 per ton FOB Richards bay + $20 shipping), which includes the cost of shipping to Ukraine (the Ukrainian government bought South African coal at $86 per ton, but after including shipping to heating stations and other costs the price was about $110 per ton). Russian coal is even cheaper. Even after the deep depreciation of hryvnya, imported coal price would be some 20% cheaper than the cost of coal produced at state mines. Furthermore, imported coal could be of higher quality. If we do a back of the envelop calculation to assess the amount of waste (Ukraine’s state-owned mines produced about 10 million tons of coal in 2013 and the “waste” was $20 per ton or more), we find that substituting state-owned mine production with imported coal would generate at least $200 million dollars of budget savings per year.

In short, the coal industry has been a huge drain of resources and it would have cost many hundreds of millions to buy out stakeholders to close mines. The war in eastern Ukraine, however, resolved this problem in a different way. On September 8th, the Ministry of Energy reported that 12 mines were destroyed, 55 out of 95 did not work, output fell from 70 to 30 thousand tons a day. The territory controlled by the Ukrainian government covers only 5 state-owned mining companies (Krasnoarmejskugol, Selidovugol, UK Krasnolimanskaja, Yuzhno-Donbasskoje N1, Lisichanksugol) that employ about 20% of workforce (about 14,000 workers) and output of state-owned mines. Apparently, these mining companies continue to receive subsidies from Ukraine’s government.

The other 14 state mining companies—they employ about 60,000 people—are in the DNR/LNR. Obviously, these “republics” do not have resources to pay highly expensive subsidies. The Russian sponsors of the DNR/LNR are extremely unlikely to foot the bill either. Even in better times, the Russian government chose to shut down mines in the Rostov oblast where the coal industry was in a state similar to that of the Ukrainian coal industry. With increasingly binding sanctions, the resources available to the Russian government are shrinking and the cost of subsidizing terrorists’ governments to produce coal is excessive even for ardent supporters of Novorossia. Thus, the coal industry in the DNR/LNR is about to go bust. Consequences of such collapse are likely to be long lasting because if a mine is not operational and not kept in the sustainable mode (removal of water and gas build-up) for some time, the cost of restoring production may be prohibitively expensive.

In summary, Ukraine had a huge problem in the coal industry: the cost of coal from state-owned mines was high and the political lobby to keep subsidies running was powerful, partially due to a portion of subsidies being siphoned to the lobby’s pockets. This waste had no end in sight. The war with Russian-sponsored terrorists in the Donbas cost many lives and destruction of physical capital. However, some of this destruction can be creative. It will force reallocation of resources to more productive uses, increase efficiency of utilizing the scarce human and financial resources, and perhaps lead to leap-frogging in technologies used in the Donbas. In addition, it can bring indirect benefits. For example, this destruction can boost energy efficiency and reduce CO2 emissions.

We understand that shifting low-skilled workers to new jobs is not an easy task. The experience of the U.K., Germany and other countries with closing ineffective mines shows that a sizable share of miners was unable to get new occupations with salaries similar or higher than in the mining industry. Can we get around this problem? Suppose the government can bribe workers of state-owned mines to seek jobs elsewhere, e.g., promise them to pay a part of the previously earned salaries, support job acquisition and additional salary. In 2013 the average wage in mining was roughly UAH 6,000 per month, while the average wage across all sectors was UAH 3265, and the minimum wage was UAH 1,147. If the government pays the miners the minimum wage (after all, about 5% of Ukrainian employees work for minimum wage) and the miners can keep the money they earn from elsewhere, their total income would be about UAH 4,500 per month. This wage supplement would cost the budget about UAH 1 bn per year. Importing about 10 million tons of coal for electricity generation (comparable to the volume of marketable coal from state-owned mines adjusted for higher quality of imported coal) will cost US $800 million CIF or UAH 6.4 bn (using 2013 UAH/USD). Hence, the total price would be about UAH 6.4 bn, which is less than UAH 13.2 bn subsidy actually paid by the government in 2013 or the UAH 15.2 bn subsidy “earned” by the state-owned mines. Thus, Ukraine is financially better off importing coal and giving away minimum wage to workers of state-owned mines.

At a more immediate level, the Ukrainian state budget is likely to save additional funds due to reduced subsidy payments. The volume of coal mining (state-owned mines) in the DNR/LNR-controlled areas of Ukraine is about 8 million tons. Simply discontinuing subsidy (about UAH 1,000 per ton) for the 8 million tons yields a saving of UAH 8 bn.

Even if the focus of the calculation was on the clearly wasteful part of the subsidy (taking into account that lack of domestic production needs to be substituted by imported coal) and take $20 per ton as a lower bound of waste, Ukraine would save hundreds of millions of dollars.

Obviously, this creative destruction will not resolve all problems (e.g., somebody has to keep closed mines ecologically safe). The government will have to help people who lost jobs via re-training and welfare programs. These programs could be expensive but they will be far less expensive than coal subsidies and these programs in fact are investment for future success of the region rather than “wasteful transfers” to a dying industry.