In Ukraine, organ transplantation reform started at the end of 2019 when Parliament passed a new law that set this industry in motion. According to the Ministry of Health of Ukraine, it had to become part of health reform taking place in Ukraine. What has changed in recent years, how is organ transplantation functioning in Ukraine today, and what gaps still need to be filled? VoxCheck looked into it with the help of Vasyl Strilka, a state expert on secondary and tertiary care at the Medical Services Directorate.

How does organ transplantation work in other countries?

Spain is considered a “golden standard” country in terms of the number of transplants performed. In 2019, the country’s total number of donors was nearly 50 per million people, which is one of the highest rates in the world. Spain has a policy of “presumed consent” which means that a person automatically becomes a donor in the case of sudden death. The exception is when a person spoke against it when still being alive.

Although formally everything depends on the donor’s decision, in practice, doctors usually communicate with the deceased donor’s relatives and ask the family for permission to remove the organs. And because the level of awareness about organ donation in this country is high, the refusal rate is extremely low, ranging from 10 to 15%.

Besides, Spain has been training transplant coordinators, i.e. specially trained physicians whose task is to find potential donors and conduct interviews with their relatives. ONT organizes training programs for health professionals: over 20,000 physicians have been trained through ONT courses since 1991.

The country encourages people to donate their organs for transplant purposes after death by explaining that it can save other people’s lives. Therefore, a significant proportion of people agree to a post-mortem organ donation in the United States: 90% of Americans support donation, with 60% signing a posthumous donation statement. Donate Life America has succeeded in encouraging 165 million Americans to register as potential donors since 1994. In the United States, everyone is asked whether he or she agrees to become a donor after death when applying for a driver’s license. It is also possible to get registered as a donor online.

The United Network for Organ Sharing (UNOS) manages the waiting list and the list of potential donors. It is a non-profit organization collaborating with volunteer organizations. UNOS coordinates transplant processes at the national level. There are 57 organ procurement organizations (OPOs) in the United States. They are responsible for delivering the removed organs to transplant centers and recipients. OPOs also promote organ donation in their own areas. For example, they sponsor transplant workshops and participate in local health activities.

Belarus, which is Ukraine’s neighbor, ranks first in the number of organ transplant operations among CIS countries. They perform 50 transplants per million population. Belarus stands also in the top ten countries in the world for the number of donors, being ahead of Canada, the UK and some EU countries.

Like Spain, Belarus follows a presumed consent policy. If a person is not willing to be a donor after death, he or she must submit a statement in advance to be entered into the Unified Transplant Registry. This guarantees such a person “inviolability of their body”.

Among the main advantages of organ transplantation in Belarus are the established practice, the doctors’  many years of experience, modern techniques, organ transplant hospitals equipped with the latest equipment, and a much lower cost of organ transplants compared to European clinics. Recipients remain on the waiting list for about three months, while it can be up to two years in other countries.

Where do we stand?

Organ transplantation has been possible in Ukraine since 1999. As in the United States, Ukraine currently follows a mandated choice policy with regard to transplantation. Parliament has been debating the adoption of a presumed consent policy for years. According to Vasyl Strilka, the type of policy does not, however, play a key role in the development of organ transplantation and doesn’t affect the number of donors in the country.

For a long time, organ transplant operations have been an exception rather than the norm in Ukraine. One of the main reasons is the lack of practice in diagnosing brain death. Doctors must promptly record the moment when the brain is already dead. Then, an examination is performed to see if there are any contraindications and whether the organs are suitable for transplantation. And only after that do negotiations with relatives of the deceased begin about consenting to organ donation.

See more about how transplantation works in Ukraine in our video.

What changes does the new law introduce?

To improve the situation with domestic organ transplantation, at the end of 2019, Parliament adopted the new law “On application of the transplantation of anatomical materials to a human being”. The major changes concerned Article 143 of the Criminal Code. The 2001 version of this Article established criminal liability for violating the transplant procedure. However, no clear definition of the transplant procedure was provided. As a result, any doctor performing transplants could be incriminated in one way or another. According to Vasyl Strilka, such things did happen, and it discouraged doctors from doing transplants to save people’s lives. The law updated this Article of the Criminal Code: now, criminal liability arises when the transplant procedure is violated intentionally resulting in serious consequences for the victim.

Another change brought by the new law is inclusivity. Transplants can now be performed in any hospital having a license and the necessary equipment. Previously, in addition to the license, hospitals also had to be included in the list of institutions that had the right to do transplants determined by the Cabinet of Ministers. The new law has also removed excessive bureaucracy and detail from the transplant process.

Who can become a donor, and how do a donor and a recipient find each other?

Any able-bodied citizen of Ukraine over the age of 18 can provide written consent or decline to transplant his or her organs when alive or after death.

A person can submit an unlimited number of applications. After filing a new application, the previous one is automatically cancelled. One’s decision to be or not to be a donor can be changed throughout a person’s life.

Transplanting is based on the unified state transplantation information system for organ and tissue transplantation (a.k.a. EDIST). This system contains registers of potential donors by type. These include a register of donors who have agreed to posthumously transplant their organs, a register of living donors, a register of recipients, etc. Accordingly, recipients can find the organ they need using EDIST. It generally also helps maintain the transparency of the system.

EDIST has been operating in Ukraine since January 1, 2021. There are two ways to consent to the posthumous donation when alive. One is to provide it to a transplant coordinator with access to EDIST. Transplant coordinators should be found at the admission wards of supportive hospitals.

The second way is to do it via the “Diia”. As of April 2021, the app includes the Citizen’s Cabinet. It will soon be possible to add a posthumous donation application there using a secure digital signature.

Currently, there are 34 transplant centers in Ukraine for which the Government guarantees to pay for such procedures. However, the number of licensed medical facilities meeting the basic requirements and able to transplant organs is 40. In 2021, state spending on transplantation will amount to UAH 502 million. According to Vasyl Strilka, such funding is currently sufficient.

The situation with specialists is a little more complicated. Although overall there are enough transplant doctors in Ukraine, like any surgery, it requires experience to transplant organs. That is, the more operations a doctor performs, the better the result. Since transplantation in Ukraine is actually only starting, we lack experienced specialists. So far, this has been one of the “bottlenecks” in domestic organ transplantation.

One solution to this problem would be to create conditions for the immigration of foreign specialists, in particular from Belarus. For instance, about 2,000 Belarussian IT specialists have already moved to Ukraine. This will strengthen our IT industry. However, while private initiative is enough for the IT sphere, the state should take in hand the organ transplant system.

Ukraine is not beset with issues of logistics: even airplanes and helicopters are used for organ transplant purposes. The Ministry of Health is launching a joint project with the National Police, whereby special teams will be able to collect and deliver donor organs to recipients using helicopters. When necessary, the Ministry of Internal Affairs and the State Emergency Service are involved in transporting seriously ill patients and donor organs.

What else should be improved?

According to Vasyl Strilka, lung transplant is one of the new directions that needs to be introduced in Ukraine. The first such operation is scheduled for 2021. Lung transplant is very complicated, and there is a high risk of death because the patients who need “new” lungs are already in a very serious condition.

Diagnosing brain death should become an established practice in Ukraine. Hospitals and the Ministry of Health will also continue implementing treatment protocols that include transplantation. This is necessary to secure a consistent quality of transplant services. It is also necessary to implement the “medical services for post-transplant care” package of the Medical Guarantees Program. A specially trained physician should tend to a person with an organ transplant, perform regular checkups, and determine the medications that such a patient should take. This will help increase the time period during which the transplanted organ will remain functional.

P.S. Previously, Ukrainians needing transplants were sent to India or Belarus. However, it is clear that a country’s own citizens are usually ahead of foreigners in the queue. Therefore, Ukraine will develop its own transplantation. This will help save our citizens’ lives. 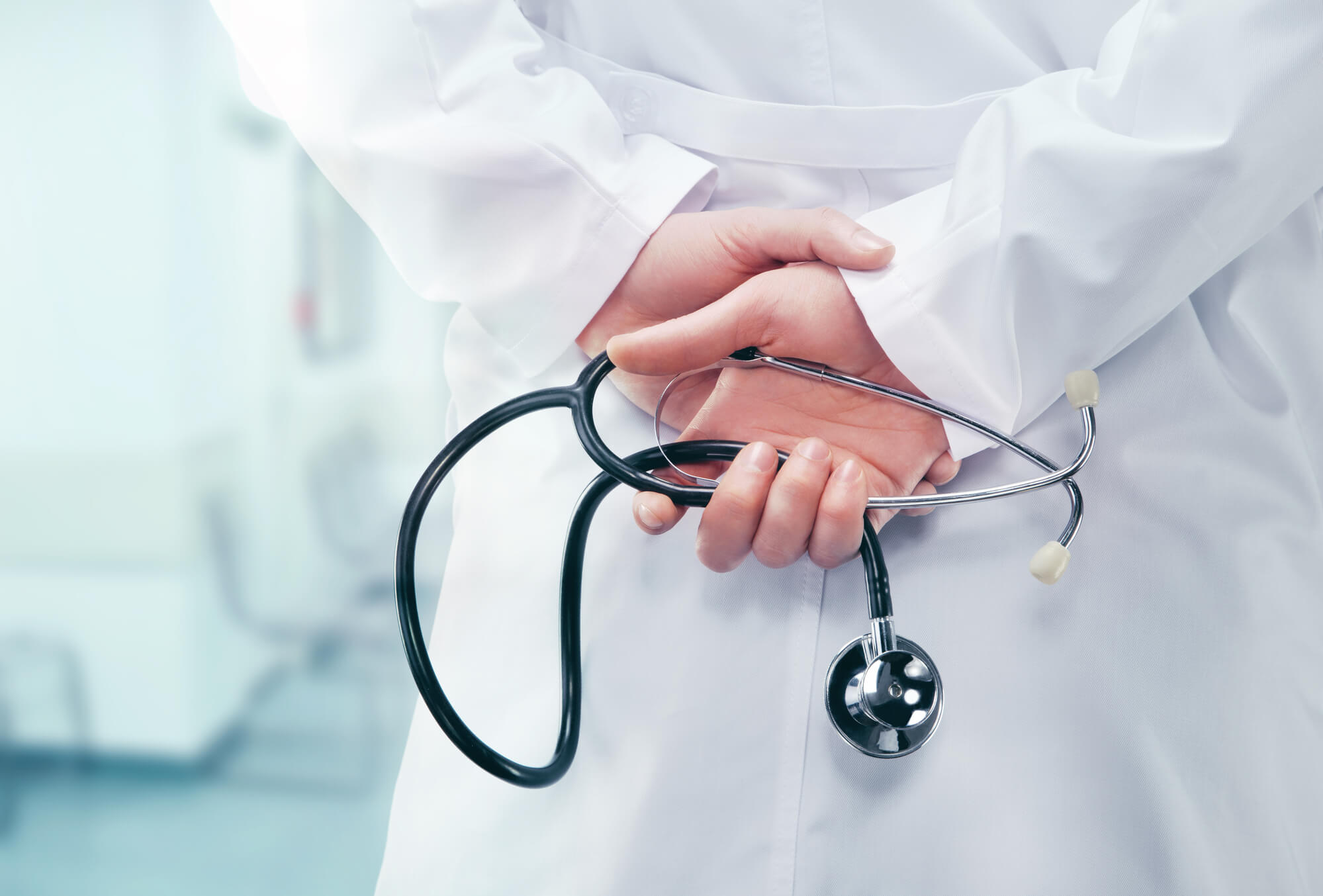